For most people, the Chinese engagement with Africa is an enigma.  The combination of these two peoples, cultures and, increasingly their politics, are just so foreign to most of us that we do not have the necessary reference points to form an opinion. Instead, what emerges, is a series of emotional arguments that mistakingly lay a Western colonial filter over a lack of understanding of Chinese culture on top of deeply-ingrained stereotypes of Africans themselves.  From coffee shop conversations to newsrooms to college classrooms, the misunderstandings of the Chinese in Africa are pervasive.  And I think I know, in part, why…

The prevailing perception of the Chinese in Africa is one of the massive international conglomerates doing shady deals to extract the continent’s natural resources with no regard (e.g. No Strings Attached) for politics or human rights.  While there is no doubt some truth to that, as is there is with all stereotypes, it is entirely misleading.  The hundreds of thousands of Chinese who have emigrated to countries across Africa are individuals that are too often hidden behind physical and cultural walls that prohibit meaningful interactions between the Chinese and outsiders (Africans, Westerners, etc…).   This lack of engagement leads to journalists, academics and others to extrapolate based on what limited information is available and that leads us back to these huge generalizations that too often mislead the outside world.
Regrettably, the Chinese in Africa story does not fit neatly within the traditional narrative structure of western journalism.  It is just too complex a story to portray within the traditional protagonist/antagonist formula that has come to define so much of contemporary Western journalism.  To understand this story, you have to get know the individuals who live it.

New China-Africa Movie Release: “A Foreign Daughter-in-Law in the Village” 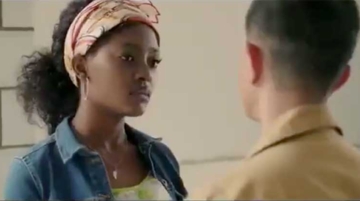 A China-Africa love story is set to be released on the big screen in China soon. The film “A daughter-in-law in the village” tells the story of a young couple who returns to the groom’s ... 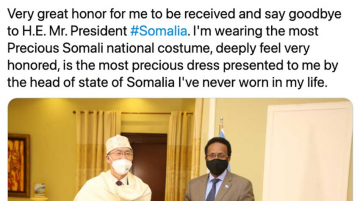 China’s ambassador to Somalia, Qin Jian, is transitioning from his post and stopped by Villa Somalia this week to say goodbye to President Mohamed Abdullahi Farmaajo in style. It’s not clear where Ambassador ... 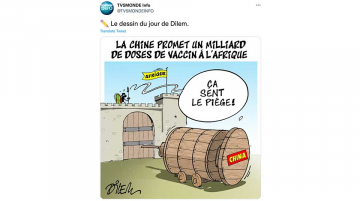 It’s remarkable that in 2021, no one in the editorial department at the French television network TV5Monde thought that publishing a political cartoon featuring a black African character with a spear and shield might be ...
Previous Story: 3 Lessons France Can Offer China About Government-Run Media
Next Story: Les Chinois En Afrique