It really shouldn’t comes as a huge surprise that African governments have become tired of the West’s indulgent aid and development programs that place a significantly higher emphasis on “process” over actual results. No doubt though that the latest damning Wikileaks release will shock, SHOCK, many in the Washington aid business as it reveals an increasingly painful truth that African governments find the USA’s and other Western governments’ obsession with “capacity building” to be tiresome. Instead, according to the Kenyan ambassador to Beijing, Julius Ole Sunkuli, China’s focus on producing tangible results with its investment and development programs are far more preferable to many African governments.
Sunkuli claimed that Africa was better off thanks to China’s practical, bilateral approach to development assistance and was concerned that this would be changed by “Western” interference. He said he saw no concrete benefit for Africa in even minimal cooperation. Sunkuli said Africans were frustrated by Western insistence on capacity building, which translated, in his eyes, into conferences and seminars (REF C). They instead preferred China’s focus on infrastructure and tangible projects.
After all, why would any African government choose to have dozens of very well paid USAID officials write endless reports, attend numerous conferences that generate yet more reports all to little or no effect? While this may seem like an exaggeration, the amount of bureaucracy and paperwork that has come to dominate the American aid process cannot be overstated. Pretty much everyone inside the US aid industry itself will tell you, largely off the record, how demoralizing it is to be buried in spreadsheets and reports while producing little to no tangible benefit for those supposedly intended to benefit from American “aid.”

China’s emergence in Africa as a counterbalance to U.S. and European donors has been very positive for Africa by creating “competition” and giving African countries options. — US Embassy Beijing cable 2/11/2010

While US aid industry officials complain openly about the paperwork and bureaucracy that clearly inhibits efficiency, they will in turn defend American aid using moralistic language once only employed by evangelical Christians. Without even a shred of humility, I have personally met dozens of US aid officials who argue passionately that China’s engagement in Africa will ultimately fail because of Beijing’s refusal to adopt “democratic principles.” The United States in turn, according to their logic, as a “beacon of freedom” has a “moral” responsibility to employ “capacity building” techniques as a center piece of its aid program. While this may sound pedantic, it is painfully typical of widely held sentiments throughout the American aid industry.
The level of self-righteousness on the part of US aid supporters is simply staggering. One can only hope that this blunt assessment of the US aid process and the preference for Chinese projects that produce tangible results will serve as a long overdue wake-up call to an industry that desperately needs a new moral compass. 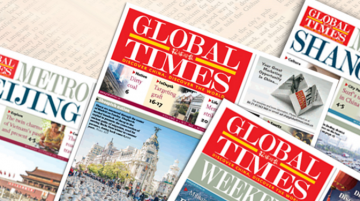 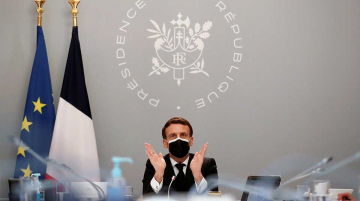 The reality that China and Russia together have distributed almost a billion doses of COVID-19 vaccines lingered over Friday’s virtual G7 summit. While attendees expressed concern about the unfair distribution of vaccines, ironically brought on ... 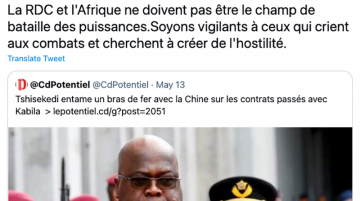 Chinese ambassador to the Democratic Republic of the Congo, Zhu Jing, posted a somewhat cryptic tweet earlier this week that suggested the DRC may once again be at the center of a great power struggle, ...
Previous Story: Why the U.S. Just Doesn’t Have a Chance Against the Chinese in Africa
Next Story: [VIDEO] China Faces New Scrutiny in Africa (But This Time It’s Different)