From Algeria to Angola, the Chinese population across Africa is growing rapidly. In less than a decade, hundreds of thousands of immigrants have made the long journey from mainland China to cities and villages throughout the continent.  Today, as this vast population settles in, they are having a transformative effect on the culture, economics and even politics of their new African communities.
There are no precise figures on just how many Chinese live in Africa. Estimates, though, place the number of immigrants somewhere between 750,000 and a million continent-wide. If those estimates are accurate, it means there are more Chinese migrants living in Africa today then there were expatriate French people at the peak of their African empire in the mid-20thcentury.

But just who are all these Chinese people and what draws them to Africa?

It should go without saying that any population as large and diverse as the Chinese defies simple characterization. The Chinese immigrant population in Africa is extremely diverse across all lines of class and culture.  In my experience, overseas Chinese migrants on the continent can broadly be divided into four distinct categories:

A Behind the Scenes View of the Chinese in Africa

For most outsiders, the Chinese operations in Africa run largely as an opaque mystery.  Seemingly every Western book or in-depth news article on the subject features the same complaint of not receiving any help from ...

Chinese People in Africa: An Inside View Into Their Daily Lives (Translation) Part 2 – Algeria 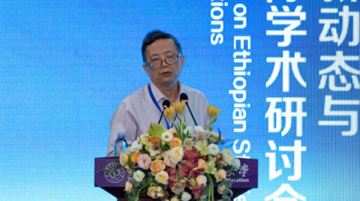 Professor Li Anshan is widely regarded as the preeminent Chinese scholar on African affairs. Li, who’s now a professor emeritus at Peking University and President of the Chinese Association of African History, has shaped the ...
Previous Story: [VIDEO] Angola’s Labour Pains
Next Story: Al Jazeera’s King Cobra and the Dragon