The controversial 2007 Sicomines infrastructure-for-natural resources deal between China and the Democratic Republic of the Congo is a milestone in Sino-Africa ties as it’s one of the largest agreements of its kind on record.  Originally valued at 9 billion dollars (it has seen been reduced), the deal stunned many in the West, particularly at the International Monetary Fund, as it was widely interpreted as a direct challenge to the half-century old order that governs Western management of aid and development assistance in Africa.
For more on why the Sicomines deal is so controversial and how it was portrayed in the Western media, watch BBC Newsnight’s special coverage: part 1, part 2 and part 3.
Johanna Jansson is a Phd candidate at Roskilde University in Demark and among the world’s leading scholars on China’s resource extraction policies in Africa, particularly in the DRC and Gabon. Jansson has done considerable field research in the DRC where she spent much of 2011 working on a research paper on the subject for the South African Institute of International Affairs: “The Sicomines Agreement: Change and Continuity in the Democratic Republic of Congo’s International Relations” (download PDF).
CHINA AFRICA PROJECT: The Sicomines deal is often held up as an example of the power of the Chinese government’s drive to secure natural resources in Africa. While many believe these deals emanate from a coordinated policy decision at the political level in Beijing, you contend it isn’t that straight forward. If the government isn’t ‘ordering’ this type of massive investment in the DRC then where does it come from?
JOHANNA JANSSON: The Chinese government knows very well that it needs to secure access to resources to keep its economy going. This was one of the key motivations behind its 2001 Going Global Strategy, called zou chu qu in Mandarin. The essence of this strategy was that China’s state-owned enterprises, the SOEs, were encouraged to ‘go out’. Besides securing access to resources, the other key motivations for the Going Global Strategy were to gain experience and become competitive globally, and to gain market traction for Chinese exports. Now, we must remember that the relations between the Chinese state and China’s state-owned companies are greatly complex. The Going Global Strategy does guide the Chinese SOEs’ operations abroad in a broad sense. But the expansion strategies pursued by each company, and other types of decisions these companies take, are determined mainly by commercial considerations. As a matter of fact, the SOEs often fiercely compete with each other, also in African countries.
Before discussing the Sicomines agreement as an indirect embodiment of the Going Global Strategy in the DRC, I’d like us to take a step back and contextualise China’s foreign policy ambitions. China is not the only country pursuing goals such as those formulated in the Going Global Strategy. On the contrary, these are central foreign policy consideration for most countries. Let’s take a few examples. Securing access to oil is, as we all know very well, of paramount importance to the United States. France is actively supporting its nuclear giant Areva in its endeavour to secure access to uranium in Africa. As Senate Testimony on China in Africa in November last year aptly illustrates, American politicians are seriously worried that the inroads of Chinese consumer goods to African markets threaten, not African, but American jobs, since they take over the potential markets for American products. My take on China’s foreign policy endeavour, both globally and towards Africa, is therefore that it must be understood as part and parcel of the game of the contemporary global political economy.

Now, let’s return to the Sicomines agreement in the DRC. I argue that it should not be understood as the result of a direct order by the Chinese government. Yes, it is a result of the Going Global strategy, but less directly so than is often believed. This has to do with the dynamics of state-company relations in China that I mentioned earlier. Indeed, the large companies involved in the agreement are owned by the Chinese state. Yet the Sicomines agreement was not initiated by the Chinese government, but by the state-owned enterprise China Railway Engineering Corporation, or CREC. CREC is one of the world’s largest construction companies, and it identified the concessions in the DRC as it was in the process of implementing its diversification strategy to expand into resource extraction activities. There are two links between the Sicomines agreement and the Going Global Strategy. The first is that CREC’s pursuit for global markets was triggered by it at the onset. The second is that the credit lines extended by China Exim Bank are one of the most important tools to implement the Going Global Strategy. The credit line extended to the DRC was of major political importance in ensuring that CREC got access to the concessions in the DRC, where decisions to allocate concessions are taken on opaque grounds. China Exim Bank’s support indicates that the Chinese leadership regards CREC’s expansion into the DRC as a highly important strategic move. 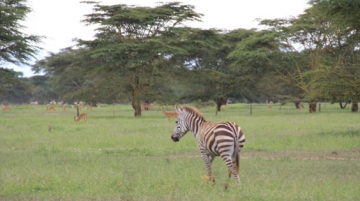 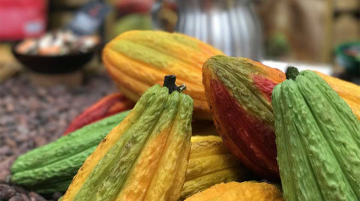 A spirited debate is underway in Ghana over the implications of China’s entrance into the global cocoa market. Various commentators, cocoa industry officials, and political leaders have all expressed concern over the ...

Translation: A Storm is Approaching For Chinese Mining Companies in the DR Congo 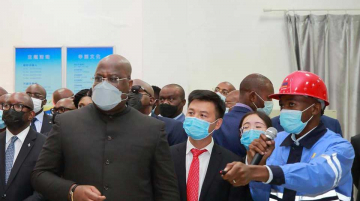 The following is a translation of an article published on the Global Mining (世界矿业 )WeChat page on July 15, 2021. The purpose of translations like this is to provide English language readers with a ...
Previous Story: China's Zambian Sex Scandal
Next Story: Anti-African Discrimination on the Rise in China