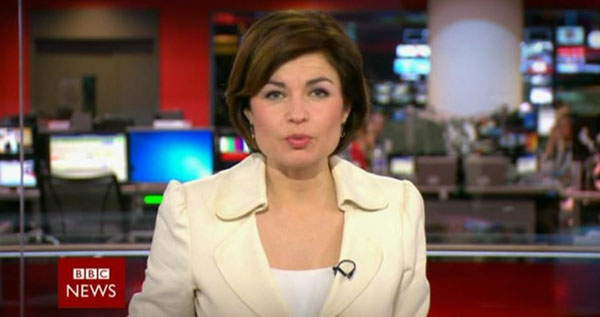 Recently I met with a journalist from a major British media outlet here in Johannesburg. I love having conversations with my journalist friends because from them I can see how the world is going to be informed about China-Africa related topics.
I am always curious of what interests western media in the light of China-Africa relations. No doubt, if an African elite gives negative comments over China, many popular U.S. and UK newspapers and TV channels will jump in right way, circulating the news as fast and widely as they can, and in some cases send their own journalists to make the news bigger. Recently Nigeria’s central bank governor commented China is a competitor and a threat to Africa. This appeared right away on the front page of Financial Times. Then CNN re-posted it, receiving more than 200 “likes” on facebook within only 2 days.
Certainly China is not a super-villain in Africa. When I was in Ghana, a Chinese construction company has made tremendous amount of effort to improve labor relations and to facilitate local community building (see my blog post). Huawei Technology, another Chinese company, handed over a US$200,000 laboratory to University of Ghana, among over US$1 million corporate social investment they made in the country. However, except for some local news websites, these received little attention.
The western media journalists are not unaware of the good news (or at least the existence of the good stories). However, they seemingly have no choice but to turn their back on them. In a recent appearance on the China Africa Project‘s weekly podcast, a BBC freelance journalist revealed that financial considerations may be responsible for determining the tone of the coverage, since, after all, most of the media in the west operates is profit-oriented and must generate news that will ultimately build an audience to sell advertising.  And as we all know, any business must survive by producing goods that satisfy the market’s needs. 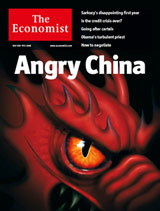 So what do the readers in Europe and the U.S. want to read about Africa? “Definitely not about the economic growth and opportunities here,” explained my journalist-friend from the UK. People like to read about the tragic side of African stories, and therefore he was busy traveling to Mali, to Somalia and to Marikana in South Africa (to cover the recent killing of 34 miners by the police) for his reporting assignments.
And China? What is the expectation of the readers living in the U.S. or UK? Most of people see China as a mysterious second largest economy in the world – a communist/socialist superpower whose agenda is simply beyond their imagination. This is certainly frightening to the ‘global north’ which created the profitable post-war economic system that, until now, has become the status quo. Yet China is increasingly playing the game by a different set of rules, particularly in Africa, where Beijing is not following the West’s development agenda. By their own admission, political leaders expressing a growing unease over China’s increasingly prominent role in global politics that Beijing may one day ‘take over the world.’
Hence, the media feeds off this “negative narrative” that comes from the western political establishment, creating what becomes a self-fulfilling prophecy where critical, one-sided media coverage fuels the perception among news consumers that China’s engagement in Africa is ultimately a negative phenomenon, overlooking the many contributions to African society and development that the Chinese have undertaken.
Therefore, it seems that it comes down to a simple equation for the Africa-based western journalists: if they want their stories published or broadcast, and if they want to continue working at all for the outlets in Africa, then they have no other choice but to feed this “negative narrative” and continue to publish/broadcast critical stories of the Chinese in Africa. In light of the growing economic pressures facing most media companies around the world, and the disintermediation of traditional print and broadcast media by new platforms (e.g. the internet, social media, tablets…), news editors will be even more reluctant to challenge the public’s perceptions of the Chinese in Africa.
Now, will this situation change? Maybe. How? Think about it – if one day  the “China is bad to Africa” (that “negative narrative”)  becomes overplayed and predictable, it might actually become fashionable to tell the other side of the story.
—–
PS:  Here I attach another article by Emma Mawdsley, published on Pambazuka News, titled Fu Manchu versus Dr Livingstone in the Dark Continent? The article examines the coverage of China’s growing influence in Africa by the British print media. Thanks Mothusi Turner for the advice! 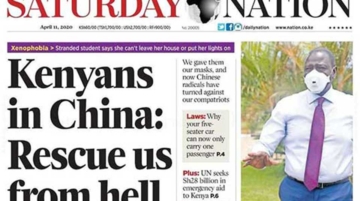 By Saturday morning, the photos and videos that had dominated so much of the discussion on social media had made its way to mainstream press outlets in Africa, with dramatic headlines like this one in ...

After Years of Enduring Painful Racist Attacks, Zhong Feifei is Now Having a Moment 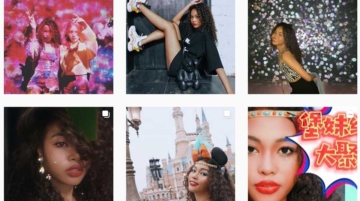 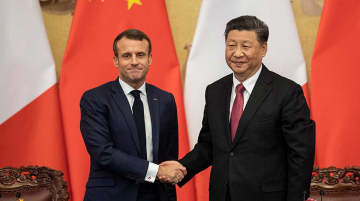 The popular perception of China’s steadily growing presence in Africa has long been viewed with skepticism among France’s political, media, and academic elites who have historically regarded the continent, particularly francophone countries, as a traditional ...
Previous Story: Anti-African Discrimination on the Rise in China
Next Story: Chinese People in Africa: An Inside View Into Their Daily Lives (Translation) Part 2 – Algeria