Chinese law magazine “Rule of Law Weekly” interviewed six Chinese people who are working in Africa.  Each individual works in a different country and they all have a story to tell.  The following is the fourth installment in the six-part series.
Gabon
Rule of Law Reporter Yi Li  Translation by Erik Myxter
May is just around the corner and Li Qiang (pseudonym) an employ at a large state owned company is busy packing her suitcase.
Her destination is Africa’s Republic of Gabon. This country is located in the middle of Africa’s east coast.  On August 17, 1960, Gabon declared independence from France.  On April 20th 1974 China and Gabon instated diplomatic relations.
Li Qiang’s reason to go to such a distant land was because of work.
“We can choose to go to Africa, South America or the Middle East.” Li Qiang said.  Because he wanted a larger salary so he could prepare to buy a house on his returns home, he chose the cost-effective option of going to Africa.
In fact, Li Qiang is no longer a stranger to Gabon because last summer he spent a year’s time in the rural areas of Gabon, doing the same type of work he is doing now.
In order to make sure of employees safety, the company employees a teacher who teaches close-combat skills, fortunately on his last trip to Africa he did not have to use these skills.
Gabon has two points that took this young Chinese man by surprise. “First although there are a few rich people, the local countryside is still relatively backwards.  Secondly, people are very friendly towards Chinese people.”
Li Qiang explains, in Gabon he has seen many houses, many of them are made of wood, he rarely sees buildings that have reinforced concrete.
Because Li Qiang works in a company with closed-end management techniques, he is not able to freely go on vacation in this tropical country.  “Our passports are all with the company for safekeeping”. Li Qiang said.  The main reason behind doing is for the consideration of staff safety.
“Gabon’s police enforcement is very strict.” Li Qiang told our Rule of Law reporter.  In his view, the local order was good.
When Li Qiang’s company hired some local young people he saw, “The contract must be signed on a month-to-month basis, this showed me there is a strong local awareness of the protection of worker’s rights.  Also when you terminate a contract, not only does one must go through some troublesome procedures, but the company also has to compensate the local workers.”
On a normal day, except for eating and sleeping, the company’s Chinese and Gabonese staffs are always together and get along very harmoniously.  After the two groups became harmonious, Li Qiang found Gabonese people’s personalities have special characteristics.  “They are very content with their lives, this is very unlike doing business with local Chinese people who are always working actively to make more money.”
However, the content Gabonese people also can very easily smell a business opportunity when they see Chinese people.
Many street peddlers’ can speak a few words of Chinese.  Li Qiang said; “On the one hand they are envious of China’s ability to develop so quickly, but on the other hand they are very willing to work with Chinese people do to business.
In accordance with Gabonese’s law, it is forbidden to trade Ivory.  In 1981 the central African states wrote legislation forbidding the killing of elephants.  However, today there are still many foreigners who take the risk because of the potential earnings they can make.
Li Qiang disclosed that Chinese firms have banned employees from buying ivory products, and his company has never had an individual try to buy ivory.  This is related to how thorough Gabon’s custom’s inspection handles affairs where the consequences can range from “fines to not being able to re-enter the country.”
One could easily sum up Li Qiang’s life in Africa as being very relaxed. Outside of work he has a lot of free time.  The other young workers are the same as him in often watching movies from their removable hard drives during their free time. “I rely on this (watching movies) to pass the time.”
In rural Gabon, people mainly rely on collecting plants, fruits, roots and hunting to get food.  Most of everyday living products are “made in China”, but the availability of them is limited and the prices are high.
For example, the local villagers consider cameras, cell phones and other electronic goods luxury items.
“You can sell a feature phone in China from 200-300 Yuan, but in Gabon the price for a phone converted into RMB would equal more than 1000 Yuan. ” Li Qiang said.
Outside of State Owned Enterprises, there are a good amount of Chinese businessmen who are in Gabon panning for gold.  Some others run small convenience stores and some others come to Gabon to buy wood to export to China.  The Gabonese people see the same thing as the Chinese people.  Chinese people see this African country has much room for development and is “full of hope”.
For his own reasons it has been a more practical option to come to Gabon to work in order to scrape together a down payment to buy a house in China.  Li Qiang hopes that his time in Gabon won’t last too long.
加蓬
法治周末记者 尹丽
五月渐近，某大型国企工作人员李强(化名)开始忙碌地收拾行囊。
他的目的地，是非洲加蓬共和国。这是一个位于非洲中部东海岸的国家。1960年8月17日，加蓬脱离法国统治独立。1974年4月20日，中国与加蓬建交。
而李强之所以要前往这个遥远的国度，是因为工作需要。
“我们可以选择去非洲、南美洲还是中东地区。”李强说，自己因为希望有更多收入，好为回国买房做准备，于是选择了“性价比”相对较高的非洲。
事实上，加蓬对于李强而言，已经并不陌生。去年夏天，他就曾在加蓬农村地区呆过大半年的时间。同样是因为工作。
公司为了确保员工的安全，请人教授赴非洲的员工近身格斗技巧。但在上一次的非洲之旅中，李强庆幸自己没能用上。
加蓬有两点让这个中国青年人感到意外：“一是当地农村还比较落后，虽然也有一些人富裕起来了。二是人们对中国人挺友善。”
李强介绍，在加蓬，自己看到的多数房子，都是木头搭成的简陋住所。很少看到钢筋混凝土的建筑物。
由于李强所在的公司采用封闭式管理，他无法自由地在这个热带国家游玩。“我们的护照都是公司统一保管”。李强说，这也主要是为员工的安全问题考虑。
“加蓬的警察管理执法很严格。”李强告诉法治周末记者。在他看来，当地治安还不错。
李强所在的公司在加蓬当地聘请了一些青年，“合同一个月一签。当地保护工人权益的意识很强。如果中途解约，不仅手续麻烦，还需要赔偿当地工人”。
平日里，除了吃饭睡觉，公司的中国工人和加蓬工人都在一起，相处也很融洽。与他们接触后，李强眼中的加蓬人的性格特点是“很知足常乐，不像在当地做生意的中国人，总是很积极地努力干活挣钱”。
但是，知足常乐的加蓬人，也很容易就从远道而来的中国人身上嗅到了商机。
很多当地的小贩，都会说几个中国词。李强说：“他们一方面羡慕中国能发展得那么快，一方面也很愿意和中国人做生意。”
依据加蓬法律，象牙是禁止交易的。1981年，这个中非国家就已经立法禁止捕杀大象。然而，在利益的驱使下，还是有不少外国人铤而走险。
李强透露，中国公司明令禁止员工购买象牙制品，公司也从来没有人会购买象牙。因为如被加蓬海关查获，后果“轻则罚款，重则不准再次入境”。
总的来说，李强在非洲的日子还算轻松。工作之外，他有大把的闲暇时间。公司的年轻人和他一样，人手一个移动硬盘，里面都是各自喜欢的电影。“就靠这个打发时间了。”
在加蓬农村，人们主要靠采集植物的果实、根茎以及捕猎来获得食物。生活用品多是“中国制造”。但是不仅数量很少，价格也贵。
而相机、手机等电子产品，对当地农村人来说，更是奢侈品。
“一部2G手机，中国可能也就卖两三百元。但在加蓬，价格折算成人民币要一千多元。”李强说。
除了国企之外，不少中国生意人也在加蓬淘金。他们有的做日用品生意，有的从加蓬买木材出口到中国。就像加蓬人眼中的中国一样，中国人眼中的这个非洲国家，也有很大的发展空间，“充满希望”。
对他自己而言，更为实际的是，能够顺利争取到再次赴加蓬工作的机会，接着凑在中国买房的首付。李强希望，这一次的加蓬之旅，时间不要太长。

[TRANSLATION] The Personal Challenge of Being Chinese in Africa 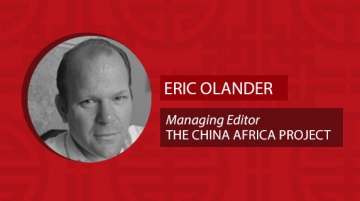 For most people, the Chinese engagement with Africa is an enigma.  The combination of these two peoples, cultures and, increasingly their politics, are just so foreign to most of us that we do not have ...

“Cultural and ‘Soft Power’ ‘Influences’ of China, Russia, and France in Africa” was the topic of the U.S. Army Command and General Staff College’s Cultural and Area Studies Office (CASO) first presentation of the school ... 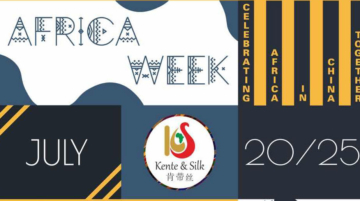