By Hannah Ryder, Deputy Country Director for China, United Nations Development Program
I’m entering into my fourth week here in Beijing, and one of the experiments I tried last weekend was to order a takeaway. I was tired from a very hectic week of meetings – that was my excuse anyway! But it turns out the process of getting a takeaway in Beijing is quite different from getting a takeaway in London or Nairobi – two other big cities I’ve lived in. In London or Nairobi in order to get a takeaway you usually need to phone the restaurant directly, and if they don’t offer a takeaway service then you either have to collect the food yourself or you have to try another restaurant. In contrast, here in Beijing, restaurants don’t generally offer takeaway services themselves. Instead, customers need to phone – and pay – a special company set up simply for the purpose of takeaway to pick up the order and deliver it to your home. That’s right in the language of economists Chinese restaurants effectively “outsource” their takeaway services.
But it’s the same outcome or result wherever you live – a lovely takeaway delivered to your door, but just a different process.


Thinking about it as an economist, these differences are likely to be due to very different economic structures and consumer markets in Beijing, London and Nairobi. For example, in Beijing the cost of transport and labor makes it much cheaper to have a specialized delivery company.
But more importantly, the comparison between the two reminded me of a realization I had two weeks ago, when a report called the Development of Pacific Island Countries Report was published, which was supported by UNDP China and the Australian Department of Foreign Affairs and Trade. The idea behind the report was to highlight the opportunities for China and other countries to support development in three specific countries – Samoa, Tonga and Papua New Guinea, and thereby increase the effectiveness of development cooperation in the region. Of course, the report was a fascinating read and I learnt a lot about the differences between the three countries through it.
However, there was a table on Page 5 of the report which made me pause. The table is entitled “Divergent Interpretations of Development Effectiveness Principles” and is divided into two main columns. One column provides detail of how OECD donors interpret some key “principles” of effective development cooperation, and the other column provides details of how south-south cooperation providers – such as China – interpret those same principles.
And the result is just like the takeaway. Both the OECD donors and the south-south providers aim to deliver and provide the same product – development cooperation, and they both try to provide it as efficiently as possible. But in the same way that the process of getting a takeaway is very different in Beijing versus London, due to very different economic settings, the process of delivering development cooperation from a country like China or the UK is also very different. Or, to put it in my mother’s language (who doesn’t speak like an economist) “there’s more than one way to skin a cat”.
Many of these differences are due to different economic incentives to deliver aid and structures of the civil service at home and abroad. For instance, China does not have a large, standalone aid agency. It doesn’t have a great deal of time or staff to design specialist projects. But this means China has to rely more on listening to the direct demands of country governments such as in Samoa, Tonga or PNG, and that can be very useful. In contrast, many OECD countries have more staff so can spend more time crafting special aid projects, and they can also reach out to non-governmental organizations and foundations to work together on projects, but this also slows them down. There are many more economic differences which have similar effects on other effectiveness principles.
This “divergent interpretations” point seemed a very simple one to make, but I had never seen it made in such a clear way, and there it was, on Page 5 of this fascinating new report. So do read the report, perhaps over a takeaway at home on a weekday night. But when you get to Page 5 do linger, and have a look at how development cooperation from different countries around the world is – in principle – the same, but different too. 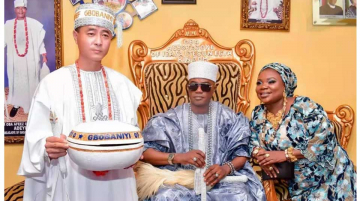 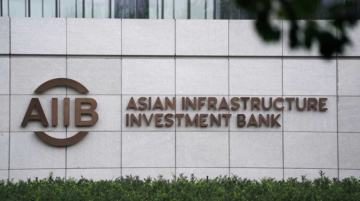 This week’s announcement that Liberia will become the newest member of the Beijing-based Asian Infrastructure Investment Bank (AIIB) highlighted the growing prominence that Africa now has in the bank. Currently, ten African states ... 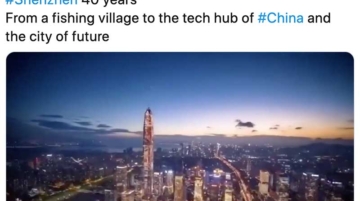 The Chinese embassy in Cameroon posted a short, seemingly innocuous video today that commemorated 40 years of development in Shenzhen, a once-sleepy fishing town near Hong Kong that is now one of ...
Previous Story: Postcards From Beijing: Defying Stereotypes in China
Next Story: Chinese Companies in Africa: Is Addressing Labor Conflicts Mission Impossible?