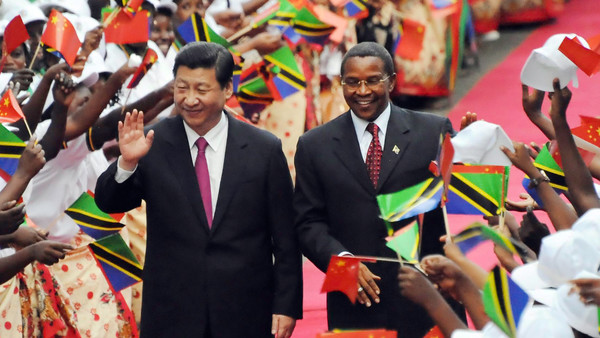 The following interview was conducted via email with Deng Chuyang, a University of Pennsylvania student who interned in the Beijing office of Bloomberg BusinessWeek in spring 2015.
QUESTION: In your opinion, what has changed between Africa and China in terms of their political relationship? How does international community think of this change? (For example, how the US view this change?)
ERIC OLANDER:  The Sino-African political relationship has evolved considerably over the past ten years. First, I think it is important that we define our terms here. Yes, there is a China-AFRICA relationship as evidenced by Beijing’s support of multilateral organizations like the African Union and African Development Bank. However, much more importantly, is the bilateral relationships that are growing much faster. Both the Chinese and individual African states are developing much more comprehensive ties, beyond just trade, to encompass political, health, military and other areas of mutual interest. Take for example the 2014 8-nation tour by the PLAN Escort Task Group. The tour highlights the growing military-to-military ties the Chinese are building up with individual states. So, the answer to your question is a definitive yes, it’s just happening out of sight at the bilateral level more than at the continental level where most people focus their attention.
In terms of how the international community is reacting to the broadening/deepening Sino-African ties, well, it’s hard to say. In part, the EU and the US don’t comment publicly too much on the matter. Now this might be because they don’t have a lot to say (very likely) or because there really is nothing to say. What you hear out of Washington and Brussels is either ‘no problem, we don’t mind China’s growing presence in Africa.'(I don’t personally believe that) or cautionary talk about how African states should ‘be careful of China as they will import their labor, take down your forests and support your dictators.’ The US, in particular, is pretty consistent with its condescending warnings to African leaders about the dangers of being too close to China. The reason why no one really takes the EU or the US that seriously when they speak of China this way is that they don’t really present much of alternative. Neither is going to spend the billions of dollars that the Chinese are investing in African infrastructure, so I think African leaders humor the Americans and Europeans and then go on with their engagement with the Chinese. The only exception to this premise is US military spending on the continent which has steadily grown over the past ten years as part of Washington’s Global War on Terror campaign. There is no debate in Washington that certain regions in Africa present a direct military threat to US interests and therefore they have leveraged that to spend billions on a string of military bases, particularly in East Africa (Djibouti) and as part of AFRICOM. When it comes to civilian and commercial diplomacy, there is no such consensus in Washington and thus US policy for the continent, even regarding the Chinese, appears to be paralyzed. Ultimately, this is why I don’t think there is much in the way of a reaction to China’s surging engagement in Africa. 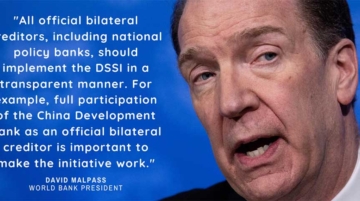 There’s growing unease in the international donor community that China doesn’t seem aligned with other major creditors on how to resolve the increasingly serious debt crisis in Africa and other developing regions. 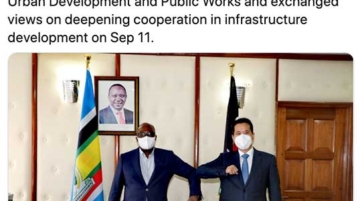 Given China’s extensive involvement in building transportation infrastructure in Kenya, it’s not surprising that Chief Secretary James Macharia was high on the list of key cabinet stakeholders to meet, as the newly-arrived Chinese ambassador, Zhou ...

From Aid to Defense to Diplomacy, U.S. Engagement in Africa is Continually Framed Around China 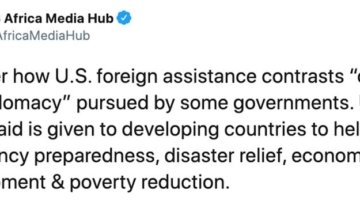 The U.S. State Department appears determined to ensure that everyone knows its foreign assistance programs are very different from China’s. Even though the State Department didn’t mention the Chinese by name in ...
Previous Story: Not All Chinese Are Ivory Buyers: Chinese Community in Kenya Volunteers for Wildlife Conservation
Next Story: 在肯尼亚拯救斑马是怎样一种体验？