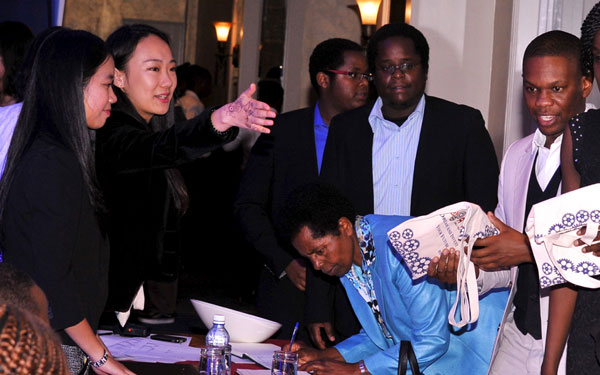 “I am not a racist but…” Mrs. Zhang begins smilingly. She is addressing me specifically, staring right at my nose. Still, I miss the end of the sentence. I am busy thinking to myself: has anyone ever started a statement that way and finished it gracefully?
If anyone could, it might be Zhang. I like her immediately. She is in her mid-forties, I am told. I would have guessed she is a decade younger. She runs a travel agency and energetically ushers my two colleagues and me into a clean, white boardroom.
I take in the room. A stark, unadorned contrast to the makeshift construction site offices where I often conduct my interviews, their dirt-covered walls collaged with attendance sheets and architecture floor plans. This is almost sterile in comparison. The blank walls shine in the wooden reflection of a large ovular table. A leafy green plant occupies a corner of the room.
We are here trying to make sense of tax-related issues facing Chinese residents in Kenya. She indulges us, explaining – without malice – her difficulties: “It does not matter how clean the records, how carefully they are maintained. When the revenue authority comes to investigate, they will always find a maobing”—a flaw. From Zhang’s perspective, the turbid tax regulations allow wiggle room for opportunistic officers. There is little to be done but pay up, she declares, still smiling.
Unlike some Chinese residents of Kenya that we have spoken with, her problems do not stem from a lack of understanding of local laws. In fact, in her free time, Zhang enthusiastically chews on Kenyan legal codes, on old cases. Her eyes glisten as she recalls studying law as an undergrad, many years ago. “I’m just disappointed I have have too few opportunities to use it!”
Nor are her issues a result of lack of experience operating in Kenya, the country she has called home for well over a decade. Here, she has established a thriving business, a bustling office filled the chatter and clattering keyboards of tens of Kenyan and Chinese employees – including local accountants.
Zhang keeps her business as pristine as her boardroom, and willfully apart from the grey areas inhabited by some of the other Chinese employers I have interacted with—who, for instance, may not sign labor contracts with their employees. Yet, she still finds herself locked in the same dance as they, the KRA’s annual (or, in some cases, monthly) kickback parley. “The question is not whether you have to pay [a bribe], it is how much you have to pay. And that just comes down to how well you negotiate.” She winks. I have no doubt she pays very little.


Zhang’s description of corruption echoes comments I have overheard a number of times while loitering in Kenya’s Chinese circles. Individuals who claim that they want to play by the (formal) rules but find it necessary to learn and respond to those informal and illicit.
This is a divergence from most of my other conversations about Chinese people and corruption in Africa (often with non-Chinese discussants), which tend to focus on their role as perpetrator and beneficiary of corrupt systems. As a salt and pepper-haired British director of a major American multinational conglomerate instructed me just last week: Chinese businesses “going out” are hastening a global crisis by normalizing corruption and bribery in international business. Or during a chat with an American investor in Kenya: “The only innovation that China has brought to Kenya is the envelope full of cash.” And how about a 2014 Voice of America article on the subject, which explains: “China aggressively pursues and locks in economic opportunities using, according to the analysts, suitcases full of cash,” and then further, “China has a fertile corruption field in Africa.”
The tendency to treat “China” as an (often menacing) monolith, ignoring the diversity of stories and experiences embodied by Chinese individuals in African countries, allows commentators to perpetuate a dominant and ultimately less-than-useful story. A story set in the homogenously backwards and variously struggling African void/space, starring a cast of immoral or amoral Chinese businessmen (and officials).
There is no doubt that individuals from China, like those from other countries, engage in corrupt practices, in Kenya and beyond. Maybe even many or most of them do, I do not know. And this is a serious issue. But listening – actually listening – to Zhang and others like her reveals another side to the story, wherein “perpetrators” are also victim or vulnerable parties, operating in an imperfect system with imperfect information.
As much as I like Zhang, she is not perfect. She has bribed public officials. She occasionally prefaces racist comments with, “I’m not racist but…” Crucially, though, she does all of this because – and this is the part that sometimes is left out of conversations of “Chinese in Africa” – she is a human. A person, who happens to keep a meticulously clean boardroom.

Even Before Coronavirus Makes it to Africa, The Economic Impact is Already Being Felt 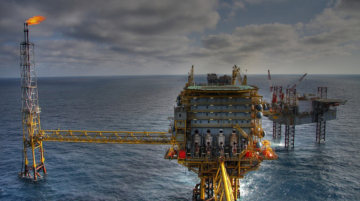 The Novel Coronavirus has yet to make landfall in Africa, but it’s already starting to cause real economic damage to a number of economies across the continent. Africa’s commodity-exporting countries have become increasingly dependent on ...

It’s Official: South Africa Is in Recession and COVID-19 Is Making Things Much Worse 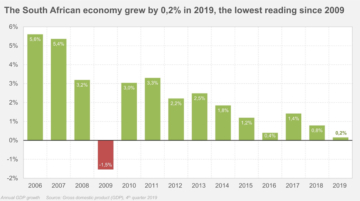 The South African government confirmed what investors had long suspected: the economy slipped into recession at the end of last year. New GDP data released on Tuesday by Stats SA reveals the economy is officially ...
Previous Story: FOCAC 6: China At a Crossroads in Africa
Next Story: Chinese Residents of South Africa Say No To the Illegal Wildlife Trade