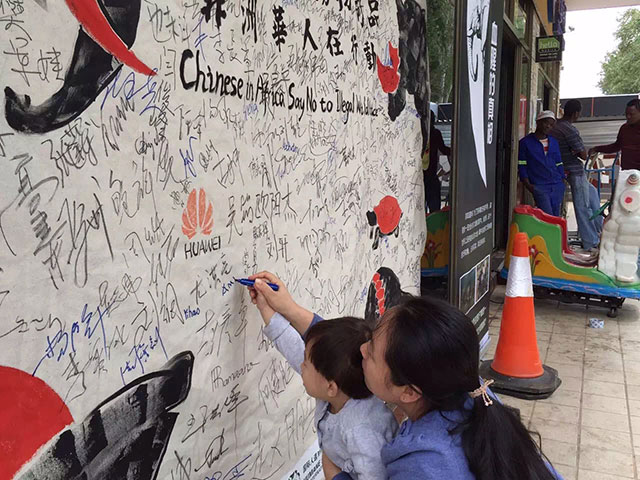 The following article was written by the team at China House Kenya
In order to help Chinese residents of African countries to better integrate into the local environment, China House organizes and implements a series of projects aimed at engage Chinese communities in wildlife conservation. Ahead of the Forum on China Africa Cooperation (FOCAC), China House traveled from Kenya to South Africa to expand upon their six months long Kenya-based conservation projects.
On Nov 27th, 2015, with the support of the Corporate Social Responsibility (CSR) department of Huawei, a Chinese multinational information communications technology firm, China House began its South Africa activities by setting up outside Huawei’s dining hall. There, they placed two standing posters with descriptions of the brutal realities of ivory and rhino horn trade, and presented a big hand-painted signing board. They also gave out wildlife conservation postcards to participants.
At around 7:30 am, Huawei’s staff came for their breakfast. Because the CSR department announced this activity the day before, the majority of staff signed their names on the board. Many even took pictures with it. In the end, the planned “Huawei Wildlife Corner” was not enough for the Huawei staff.
Although China House’s main audience of this event was the Chinese communities, local staff of the Chinese telecom giant Huawei came to sign as well in solidarity. 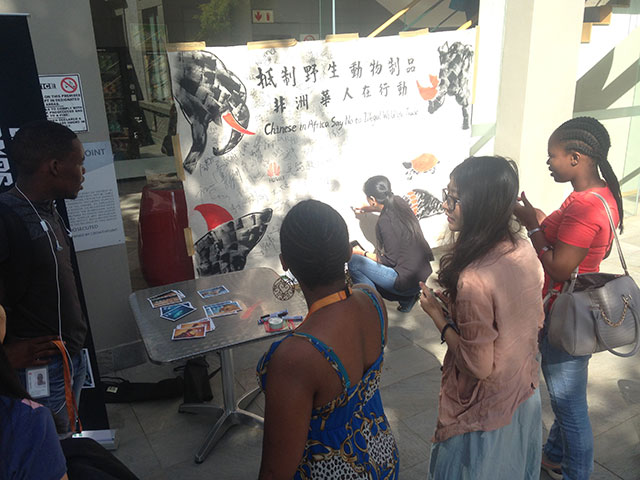 On the afternoon of November 27, China House then relocated to the most prosperous Chinese mall in Johannesburg, the China Mall. They set up in front of the Ruyi Supermarket—an incredibly popular destination for Chinese shop owners. The management of Ruyi was extremely supportive of our project: they even required their customers to sign before being allowed to shop in the market. 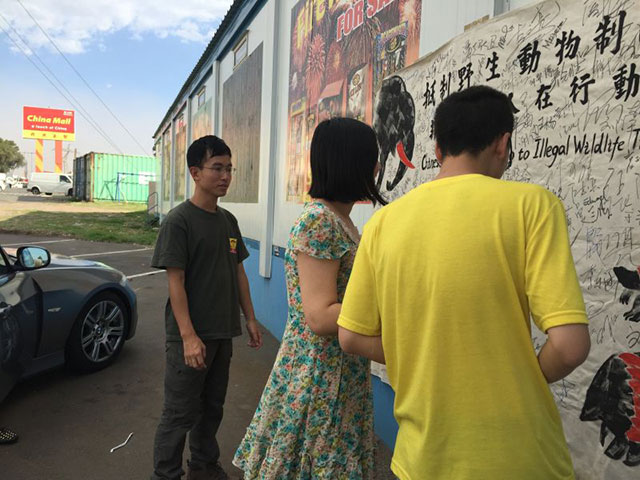 Around noon on November 28, China House made one final stop in Johannesburg’s Chinatown, an existing hub for the trade of illegal wildlife goods. It is common for residents of this area to have purchased these goods, for example, ivory bangles. The poster attracted considerable attention and participation by Chinese community members and their families. Some even reported that while they used to buy ivory products, in future they would not.

In addition to the signature awareness campaign, China House organized a volunteering opportunity for Johannesburg’s Chinese residents. On the morning of November 29, a group of Chinese traveled went to Vulpro, a vulture rehabilitation center near Johannesburg, where they learned about bird conservation and got their hands dirty cleaning and feeding the animals. According to Vulpro, although they have received many local and western volunteers, this was the first time they had received Chinese volunteers. 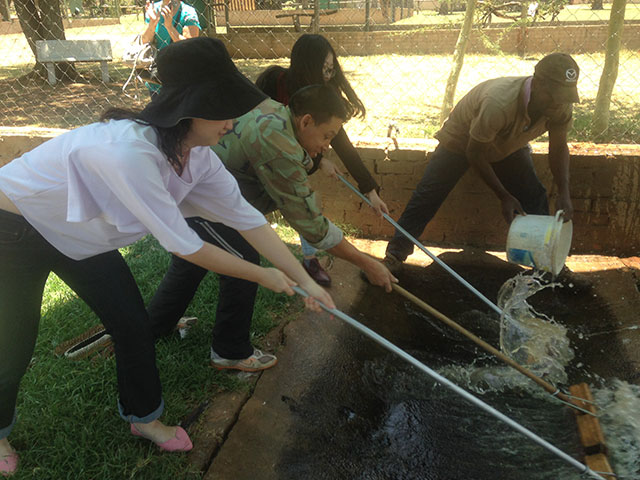 China House’s South African projects culminated on December 2, 2015 with, “The Forum of China-Africa Wildlife Cooperation”. This forum was attended by a large number of influential participants, including Chinese former ambassador to Zambia, Zhou Yuxiao, the chairman of Shanghai Business Association in Southern Africa, Si Hai, the chairman of Global Max Media Group, Nan Gengxu, Simba from Mara Conservation Fund, Alexander Rhodes from Stop Ivory, Iris Ho from Humane Society International, Wu Yushan from SAIIA, Cobus van Staden from the China Africa Project, Andrea Crosta from the Elephant Action League. This event represents the first time a Chinese diplomat to Africa, Chinese business leaders in Africa, top conservationists, China-Africa experts and media all sat together to have a sincere and in-depth dialogue about Chinese in Africa and its relationship to wildlife conservation. 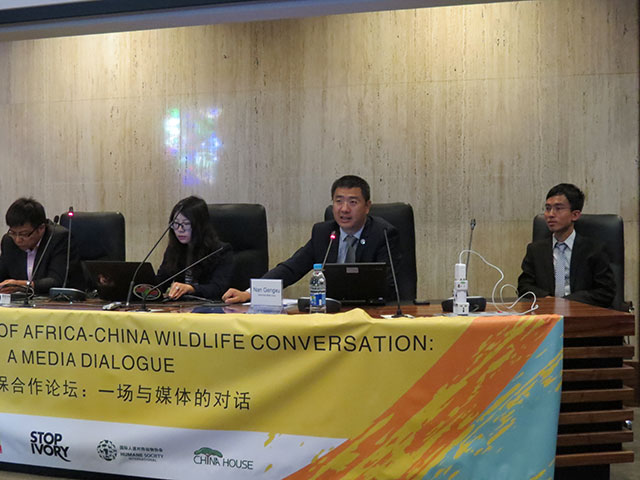 China House believes that by engaging the growing number of Chinese in Africa in wildlife conservation, these residents can become a part of the solution, improving China’s image and impact on the continent. 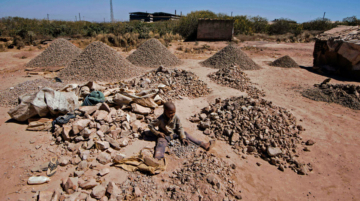 The former President of the National Assembly of the Democratic Republic of Congo, Jeanine Mabunda Lioko, wrote an impassioned appeal for the world to recognize the important contribution that the DRC will make to the world as ...

“I Have Had Enough!” DRC President Étienne Tshisekedi Hints He’s Ready to Take on Chinese Investors Over Unfair Contracts 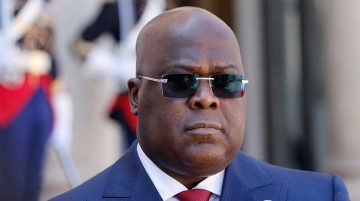 DR Congo President Étienne Tshisekedi ventured to the heart of the country’s cobalt mining territory to personally deliver a warning to foreign investors (read Chinese) that unfair mining contracts are going to be re-negotiated. On ...

Even If the DRC is Able To Re-Negotiate Its Mining Contracts With The Chinese and Others, It’s Still Not Going to Help Ordinary People, Says Expert 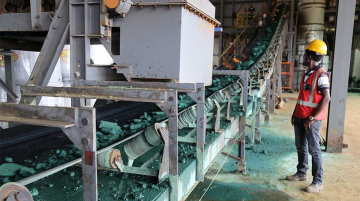 A leading Congolese mining expert wants to dispel the notion that President Félix Tshisekedi’s efforts to renegotiate foreign mining contracts is going to benefit ordinary people. “It is, of course, a first step,” acknowledged Jean Pierre Okenda, ...
Previous Story: The Clean Boardroom: An Alternative Perspective on Chinese Corruption and Bribery in Kenya
Next Story: [TRANSLATION] 10 Things Chinese People Should Know About Doing Business in Africa