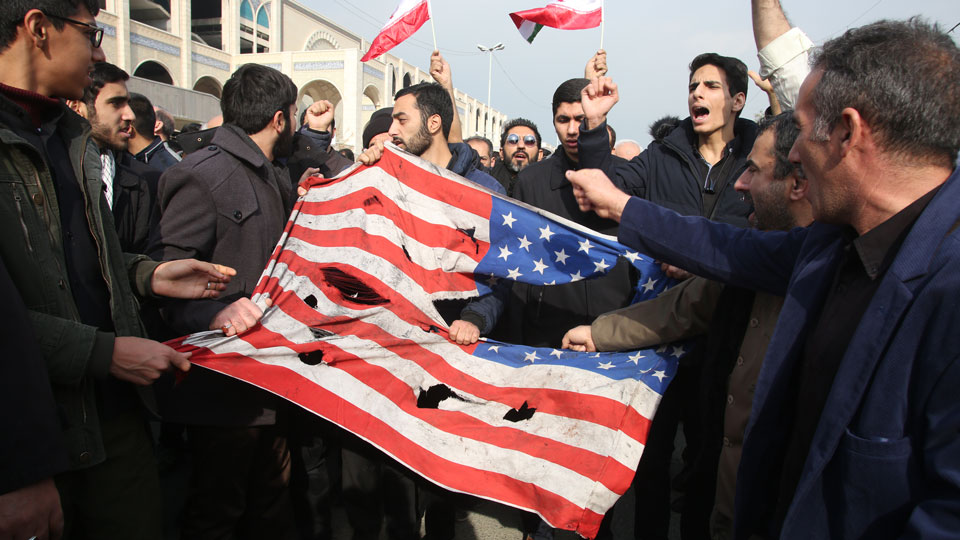 Iranians tear up a US flag during a demonstration in Tehran on January 3, 2020 following the killing of Iranian Revolutionary Guards Major General Qasem Soleimani in a US strike on his convoy at Baghdad international airport. ATTA KENARE / AFP

Editor’s Note: the geopolitical lines that once clearly separated Africa, MENA and the GCC countries from one another are now quite blurred. As such, we’re going to include more coverage of China-Gulf and China Mideast relations in our daily newsletter and podcasts.

There’s an emerging consensus in some corners of Washington’s commentary class that China stands to be the big beneficiary of the worsening crisis between the United States and Iran that was sparked by the recent assassination of Iranian General Qasem Soleimani.

“Trump’s Iran Clusterf***ery Just Handed the Middle East to China” blared the headline on the Daily Beast (paywall) today in a scathing column written by David Rothkopf, a visiting scholar at the Carnegie Endowment and the former Editor in Chief of Foreign Policy magazine. Rothkopf highlighted how Bejing is using the crisis to solidify its ties with neighboring Iraq, a country that incidentally may soon see the departure of all U.S. forces.

Other analysts have been a bit more circumspect than Rothkopf but nonetheless echo a similar theme that diminished U.S. credibility in the Gulf and Mideast will ultimately help China’s diplomatic ascendency in these regions. 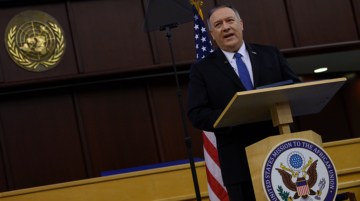 One of Washington’s leading Africa analysts, Judd Devermont at the Center for Strategic and International Studies, published a short Q&A that reflected on U.S. Secretary of State Mike Pompeo’s recent three-nation African tour that ... 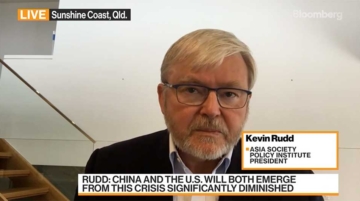 Twenty years ago China had an “Africa policy” but effectively lacked any meaningful engagement strategies at the national level. Now, the situation is very different and a generation of Chinese diplomats, many of whom have ...

Gyude Moore: “The Coming Decade of Chinese Dominance in Africa” 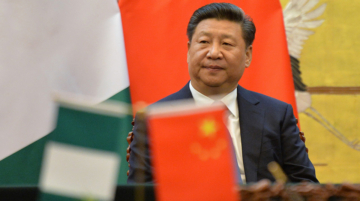 China and Africa will increasingly lean into one another in the decade ahead but for starkly different reasons, argues Gyude Moore in a provocative new column published today in African Business Magazine.  Moore, a senior ...
Previous Story: Tweet of the Day: China’s Ambassador to South Africa Emerges (Again) as a High Profile Spokesman on Contentious International Issues
Next Story: China’s Rapidly Evolving Role in the International Peacekeeping and Development Arenas