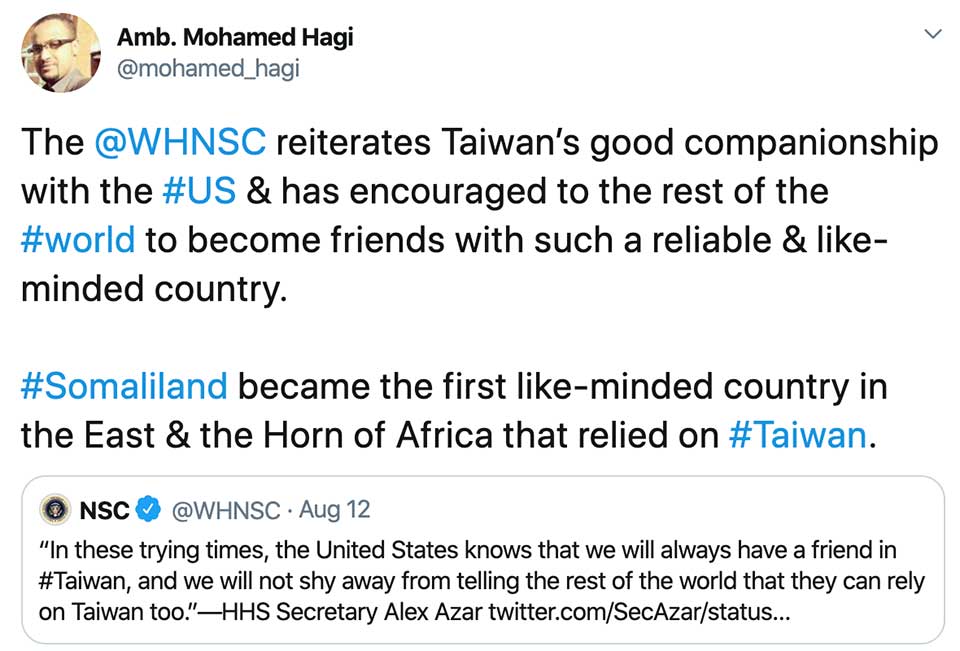 Somaliland is the middle of a tense courtship between China and Taiwan, leading to conflicting signals about which way the self-declared nation in the Horn of Africa is leaning. On the one hand, if you follow the Twitter accounts of Mohamed Hagi, the newly arrived ambassador to Taipei, and the Taiwan Ministry of Foreign Affairs, you’d likely think this is a done deal and that the two governments are moving ahead with diplomatic recognition.

Not surprisingly, the Chinese government is not going to just let this pass, given that Taiwan is viewed as a core strategic issue and Beijing works tirelessly to try and isolate the island it claims is a breakaway province.

Earlier this month, the Chinese sent a high-level delegation led by FOCAC Ambassador Zhou Yuxiao to meet with President Muse Bihi Abdi. Despite the Somaliland president’s commitment to follow through with diplomatic ties with Taiwan, the Chinese seem to be taking a much softer approach in their discussions with the government in Hargeisa than it has with other states who it feels violate its “One China Policy.”

Read more on the story on the East African Business Week website. 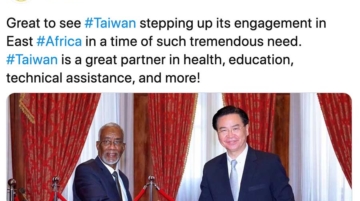 Just hours after Secretary Pompeo’s critical comments of the Chinese presence in Africa, the U.S. National Security Council followed up with a provocative tweet that praised Taiwan’s recent agreement with the ... 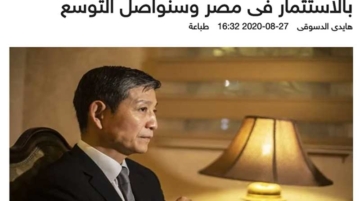 China’s territorial issues related to Hong Kong, Taiwan, Xinjiang, and the South China Sea are becoming increasingly prominent topics of discussion when Chinese ambassadors engage with African governments and media. While these so-called ... 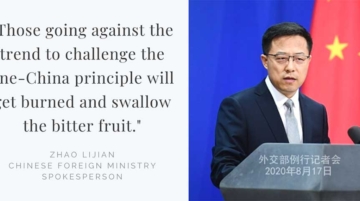 China and Somalia both turned up the volume of their anger about Monday’s opening of a new Taiwan representative office in the self-declared state of Somaliland. After a subdued reaction on ...
Previous Story: There’s Growing Excitement That a New Ugandan-Chinese Smartphone Will Help to Stop the Spread of COVID-19
Next Story: Scuffle Breaks Out When a Chinese Construction Manager Blocks Kenyan Minister From Conducting a Surprise Site Inspection