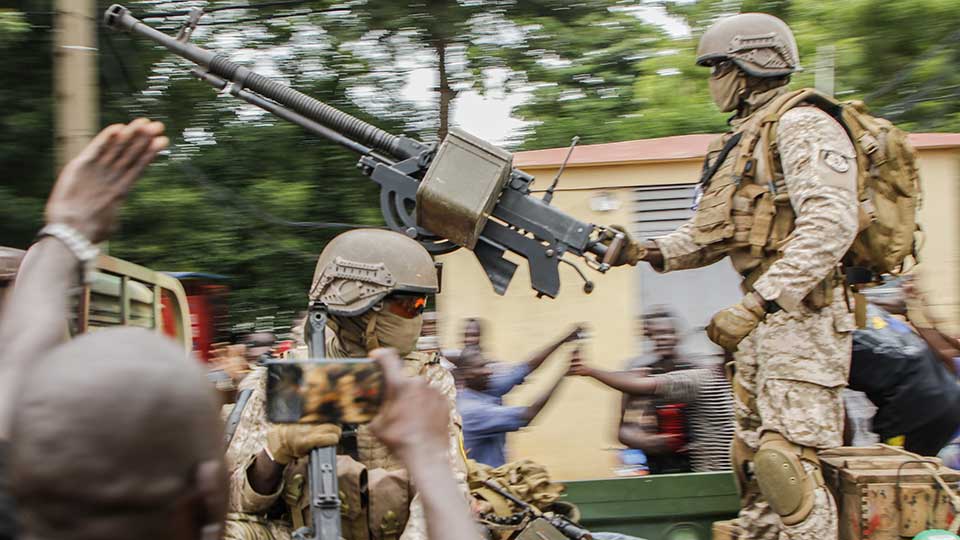 Malian soldiers parade as they arrive by military vehicle at Independence Square in Bamako on August 18, 2020, after rebel troops seized Malian President Ibrahim Boubacar Keita and Prime Minister Boubou Cisse in a dramatic escalation of a months-long crisis. AFP

Russia-MENA analyst and Oxford University PhD candidate Samuel Ramani argues in a compelling new article in Foreign Policy that a combination of narrow political agendas, unilateral actions and a bias towards supporting authoritarian governments by France, the U.S., Russia and China are all contributing to a worsening security environment in the volatile Sahel region.

“Due to their intense focus on geostrategic competition and willingness to equate authoritarianism with stability, great powers such as France, the United States, Russia, and China, have actually perpetuated conditions, such as corruption and fragile state institutions, that contribute to rising political violence in the Sahel,” said Ramani. 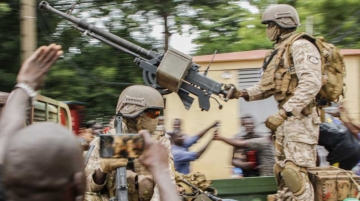 The Chinese government offered its first response to the recent coup in Mali. Foreign Ministry spokesman Zhao Lijian addressed this issue at his regular press briefing in Beijing yesterday: Beijing ...

Former U.S. Ambassador to Ethiopia and Burkina Faso, David Shinn, who is now an adjunct professor at George Washington University, is widely regarded as one of the leading experts on China-Africa military ...

Some new data is now available regarding Chinese military and police forces who now operate under UN command in African peacekeeping operations.
Previous Story: Chinese Donation of Motorbikes Highlights Police-to-Police Ties With Lesotho
Next Story: Gyude Moore: Amid Heightened U.S.-China Tensions, Europe Can be a Stabilizing Force for Africa