The small Atlantic Ocean island state of Cabo Verde appears to be taking on a much larger role within the burgeoning U.S.-China rivalry in Africa. On Tuesday, in just his fourth call to an African counterpart, the new U.S. Secretary of State, Antony Blinken, spoke by phone with foreign and defense minister, Rui Figueiredo.

Located 570km off the coast of West Africa, Cabo Verde is widely seen by both global powers as a prime location for refueling jets and ships. China, as it often does, lavished Cabo Verde with building donations, including a new presidential palace, government compound, football stadium, and a $60 million expansion of one of its universities planned for this year.

Reflections on the Coming Era of Great Power Competition in Africa 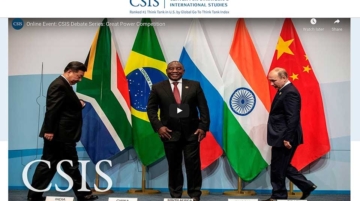 Given the heightened tensions between the United States and China and the corresponding implications for Africa, a new conversation is getting underway over what great power competition looks like in the 21st century and whether ...

Foreign Policy Elder Statesman Herman Cohen Explains Why China is “Not a Problem for the U.S.” in Africa 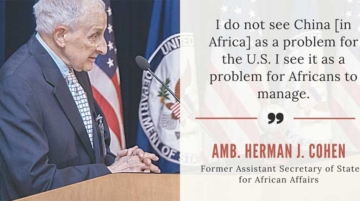 Former United States diplomat Herman J. Cohen is one of Washington’s foreign policy elder statesmen. Ambassador Cohen served as the U.S. envoy to Gambia and Senegal in the late 1970s and then later as the ...

Countries Throughout Asia & The Americas Struggle to Find Balance Between the U.S. and China 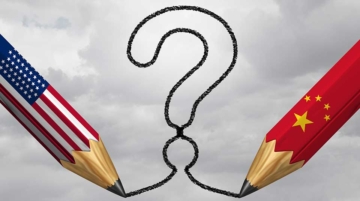 Countries throughout the Global South have said repeatedly that they do not want to be forced to choose sides in the increasingly acrimonious relationship between the United States and China. But in some cases, they ...
Previous Story: Gyude Moore Tries To Dispel Some of the Most Durable American Misperceptions About the Chinese in Africa
Next Story: 200,000 Chinese Vaccines Land in Algeria