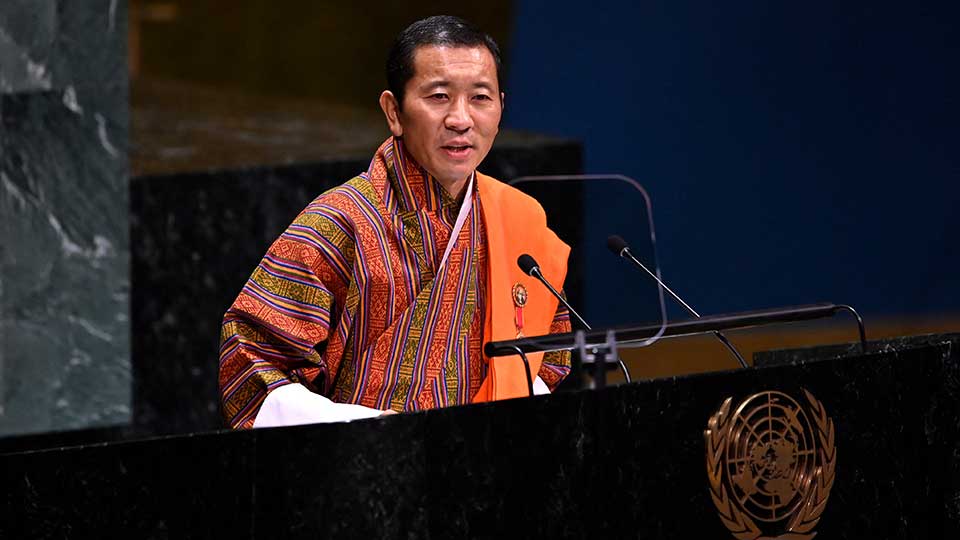 To be landlocked between two regional giants whilst upholding your own autonomy is no easy feat – and the Kingdom of Bhutan is no stranger to the delicate politics surrounding the borders of its contentious neighbors. While India and China’s growing rivalry has created general uneasiness in Asia as a whole, it has been the cause of several moments of tension especially in regions where the two meet geographically.

The subcontinent has been a space where border conflicts have materialized militarily, and the “buffer zone” countries of Nepal, Bhutan, and Myanmar have suffered all the same for it.

Bhutan and India have shared cordial relations since the two signed the Treaty of Friendship and Cooperation in 1949, which formalized India’s role as responsible for the kingdom’s defense and external affairs. Bhutan’s first attempt at asserting its autonomy came in the 1970s, with the demand for its border with India to be recognized internationally, and the maturing of the relationship becomes evident through the renewal of the Treaty in 2007, this time excluding Article II which stipulated India’s role as a ‘guide’ to its neighbor.  Bhutan hasn’t had smooth sailing when it comes to China, however, with whom it shares an un-demarcated natural border in the form of the Himalayas as a result of the latter’s claim over Tibet.

The Doklam crisis in 2017 is indicative of the growing trilateral contentions between Bhutan, China, and India. China has been successfully mitigating border disputes with smaller countries in the subcontinent through a sustained flow of investments and capital, predominantly in the mining sector but the Doklam crisis was notably distinct due to the involvement of India, evidenced by an almost three-month-long military standoff between the two and several rounds of diplomatic talks that it entailed. The stalemate is a classic case of Bhutan’s strategic hedging between its two neighbors. It neither confirmed nor denied that it had invited Indian troops into Doklam, while also maintaining its claim over the plateau in bilateral dialogues with China.

The crux of the Doklam conflict was the construction of a road by China in what Bhutan claims to be its own territory, which is a common theme in Sino-Bhutan disputes. Bhutanese voices like political commentator Tenzing Lamsang have been critical of the government’s denial of disputes with China over the latter’s construction of infrastructure in Bhutanese territory, including new villages such as Pangda and Gyalaphug. At the same time, Lamsang has also made the case for Bhutan’s ‘disciplined silence’, arguing that refraining from taking an explicit public stand is the most rational course of action for a small country to take when sandwiched between two much more powerful neighbors.

An emerging aspect of this triangle is the heightened relevance of ‘vaccine diplomacy’ in the wake of the COVID-19 pandemic. As an extension of Modi’s Neighbourhood First Policy, India donated around half a million doses of the coronavirus vaccines it was manufacturing to Bhutan towards the beginning of 2021, but the supply could not be sustained given India’s own domestic crisis during the deadly second wave in April. This gap was swiftly filled by the UN’s COVAX program, which included China’s own Sinopharm doses, although on their own not enough to replace the Indian supply.

While Bhutan has been vocally grateful to India for its vaccine donations, India’s ‘vaccine diplomacy’ has not seemed to yield the geopolitical results Delhi may have hoped for. Bhutan has remained committed to its neutral stance when it comes to territorial disputes with China, and in bilateral talks has “agreed to maintain border peace and stability”.

The question that remains is whether the Bhutanese government’s silence on China constructing entire villages in its territories is loud enough to denote a shift in its long-standing balancing act, or if its commitment to maintaining peace and stability in the region for the sake of its own survival and autonomy is a stronger motive to continue hedging its two neighbors. The irony of upholding autonomy by relinquishing some of its territory may not be lost on Bhutan, but it seems to make little difference to the country’s foreign policy at the moment. 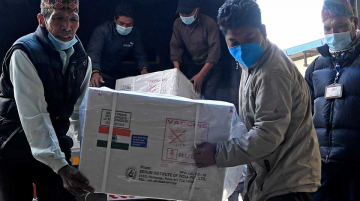 Developing countries in Southeast Asia, Africa, and the Americas are now the new front in an increasingly contentious struggle between Asia’s two continental powers. India and China, both pharmaceutical manufacturing powerhouses, are jostling over who ... 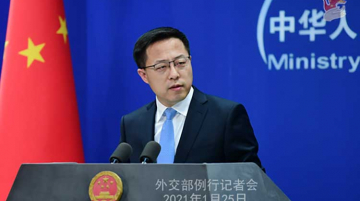 The Chinese government appears to be moving to deescalate tensions with India over reports that the two Asian powers are increasingly engaged in a so-called “vaccine rivalry” related to the distribution ...

The First COVAX Vaccines From China Arrive in Africa 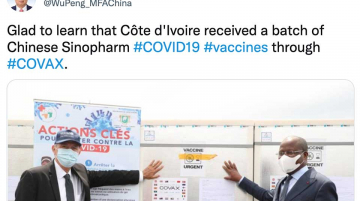 Some of the first vaccines provided by China through the global COVAX alliance have arrived in Africa. An unspecified quantity of Sinopharm jabs was delivered over the weekend. The U.S., however, remains the largest supplier ...
Previous Story: Week in Review: Vaccines, Military and Coal
Next Story: Kenyan Fishers Describe Horrorific Conditions Aboard Chinese Trawlers