The United States followed through with its pledge to strip Ethiopia of its trade privileges under the African Growth and Opportunity Act (AGOA) in response to “gross violations of internationally recognized human rights.” The U.S. Trade Representative announced on Saturday that Ethiopia, together with Mali and Guinea, would no longer enjoy duty-free access to the U.S. market as part of AGOA.

The move, first announced back in November, was widely expected. Prime Minister Abiy Ahmed and his allies had been pushing for the United States to reconsider, warning that the livelihoods of an estimated 200,000 people, mostly younger women, will be at stake. But that argument did not win out in Washington where lobbyists like Von Batten-Montague-York, L.C. celebrated the Biden administration’s punitive measures: 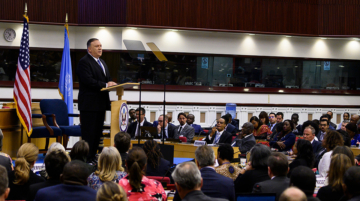 The recent visit of Secretary of State Mike Pompeo to Africa came at a time when the US relationship with the continent is decidedly mixed. The wrangles about whether U.S. forces in Africa will ...

Ethiopia, China and the Future of African Conflict 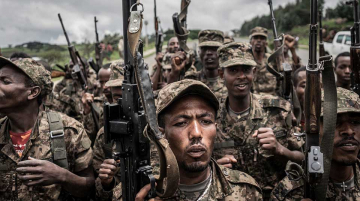 Ethiopia is giving us a glimpse of a set of dynamics that could come to shape African life in complicated ways. Last week, the Biden administration announced new sanctions aimed at reducing violence in the ... 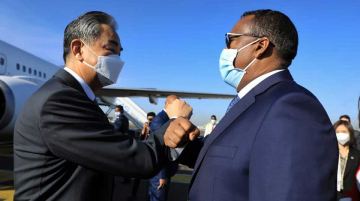 Chinese Foreign Minister Wang Yi made a bold diplomatic statement with a previously unannounced visit to Ethiopia. The trip was seemingly intended to send a strong message of support to Prime Minister Abiy Ahmed and, ...
Previous Story: The Chinese Future of African Television
Next Story: Wang Yi Is on His Way Back to Africa