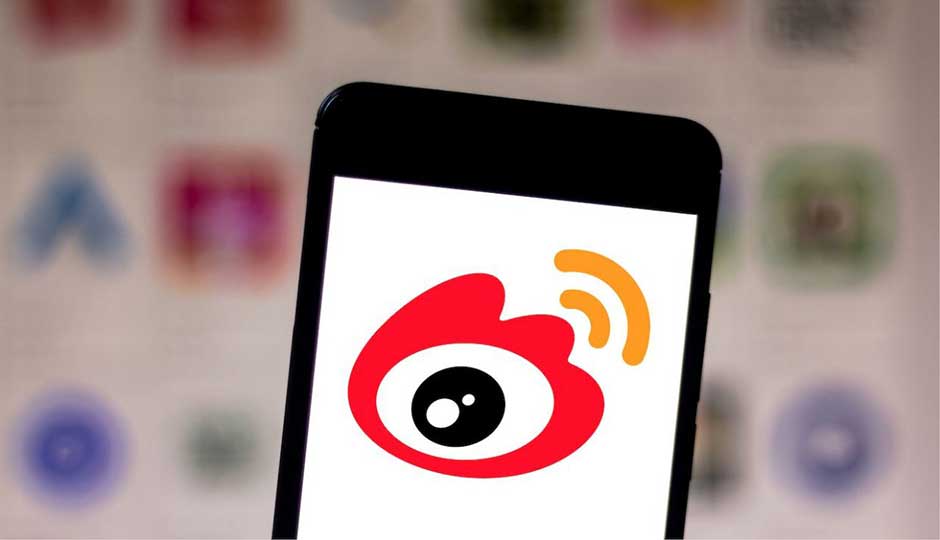 Editor’s Note: Due to the sensitive nature of this issue and the legitimate fear of dangerous repercussions, CAP has respected the authors’ request for anonymity. The authors and the editor of this article are all accomplished analysts in the field of Chinese social media research and Chinese-Black race relations. A much longer version of this article was written in Chinese and published on Weibo.

The Guangzhou incident made more people aware of the existing ethnic tensions in Guangzhou. More people got engaged in the anti-racism efforts in China. Within an initiative focusing on racial issues organized by local friends, we noticed a group of accounts that specialize in creating anti-black and racist content on Weibo, in some cases even espousing Nazi and eugenicist ideas, similar to the Alt-Right in the US.

Weibo is the biggest twitter-like microblogging platform in China with more than half a billion monthly active users. A lot of these racist accounts assembled under the Weibo super-topic（超话） of ‘black and green issues’ (black refers to black people, green refers to Muslims, 黑绿问题).  Super topic allows users to join interest-based content community pages like facebook pages. Some of the content posted by these users is broadcast to a massive audience, even with millions of views.

Under this super-topic, we tracked 63 Weibo users that frequently post or share racist content or comments with an online open-source crawler. We scraped about 50000 Weibo posted under these accounts since February 26, when the draft rules on the foreigners’ permanent residence were published.

The users of these Weibo accounts used terms like the N-words and “Foreign Garbage”. Terms like “foreign excellency” indicate that foreigners enjoy “super-national treatment” in China. “White left” and “Han Traitors” are used to describe open-minded liberals who support racial equality.

They seldom mention one specific African country, and instead only use Africa as a unified concept. Only Nigeria as an African country appears in the high-frequency words. This shows these users only have a vague idea of Africa but are hostile to all black people.

The most frequently used verbs by these Weibo users are verbs with violent sentiments or war rhetoric such as ‘attack(攻击)’, ‘riot(暴乱)’, ‘invade(入侵)’, ‘beat(殴打)’, and ‘curse(骂)’.

On the other hand, verbs like ‘lick（舔）’ and ‘kneel down（跪）’ are used to describe Chinese who are friendly or welcoming to foreigners.

We conducted a dependency analysis on these high-frequency verbs to put these verbs in context, and found the results for ‘discriminate（歧视）’, ‘bring in（引进）’, and ‘invade（入侵）’ interesting.

‘Bringing in（引进）’ is also a frequently mentioned word. Much criticism centers on the Ministry of Education bringing in foreign students. This is because foreign students enjoy super-national treatment including Scholarships and better accommodation conditions than Chinese students according to these users.

Another high-frequency word is ‘invade（入侵）’. The modifiers for invasion are ‘racial（种族/人种）’, ‘species（物种）’ and ‘barbarian（异族）’. These users compare African people to aliens or barbarians who pose a threat to the local population. Themselves, in contrast, were the guardians of Chinese culture.

The users we studied believe that the ethnic conflicts in Chinese history demonstrate how more foreigners in China will cause instability and pose a threat to Chinese people. They emphasize preserving Chinese culture, ‘Chinese blood（中华血统）’, and protecting Chinese women against such threat and invasion.

The words: ‘population（人口）’, ‘children（孩子）’, ‘genes（基因）’, and ‘fertility（生育）’ occur frequently in the content produced by these users. They are afraid of the genetic expansion and ‘pollution’ caused by the high fertility rate of Africans in China. One Weibo projected that China’s African population will reach tens of millions in 2050. These arguments include a criticism over the family planning policy by the Chinese government.

Along with this fear of the proliferation of African populations in China, some users exhibit a perception of Chinese women as a sexual and fertility resource which is being plundered by foreigners. They thus discuss the need to protect Chinese girls. Chinese women who develop romantic or sexual relationships with foreigners are also their target of attack. They are perceived as a threat to Chinese men and to the survival of the Chinese nation.

On other social media platforms, there are also many misogynic bloggers combining racist narrative with their anti-feminist thinking. Some of them are constantly promoting their Xenophobic ideas while selling PUA (Pickup Artist) courses or bodybuilding programs. These racists are disproportionately male, and seeing foreigners as threatening their reproductive rights.

The users we studied are extremely interested in the United States. The United States has been mentioned 23238 times in nearly 50,000 original Weibo posts, ranking the second among all high frequency words. Among these posts a lot are about Black Lives Matter. These accounts used a Chinese translation of Black Lives Matter(黑命攸关) which literally means ‘Black life is expensive(黑命贵)’. They referred to the protesters in the United States as violent rioters, associated the riots with black people, and arrived at the conclusion that the black community are perpetrators instead of victims. They thus use the BLM movement in America to illustrate the consequences of not firmly resisting ‘black invasion’.

These users also criticize the ‘white leftist（白左）’ and ‘yellow leftist’ (Chinese leftist, 黄皮左) who support BLM or empathize with Africans.

Who Else Do They Care About?

Many of the users we tracked also attack feminists and Muslim groups. Muslims account for the ‘green’ part of the derisive label ‘black and green’. The anti-Muslim users focus their attention on the Hui ethnic group in China who are majorly Muslim and Muslims from abroad. Being Muslim and foreign, Pakistanis are also key targets of these users. These users also oppose feminist rights advocates in China.

With a focus on the white leftist, ‘black people’, and Islam, the world portrayed by these social media users is very similar to the world in the eyes of former U.S. President Donald Trump.

Also occurring in the high-frequency vocabulary of the users we investigated are the ethnic minorities in China. They oppose affirmative action policies which give minority students bonus points in the entrance exam for universities (高考).

‘Dog’ is another keyword that occurs frequently in their discussions. The city of Shenzhen recently passed a law prohibiting consumption of dogs. These users strongly oppose the act, believing that the prohibition represents blind obedience to Western values.

These groups of users who focus on anti-black, anti-feminist and anti-Muslim content overlap significantly. One explanation may be that extreme nationalists and Han chauvinists support all these ideas.

Expelling black people serves to maintain the purity of Chinese blood, ancestry, and national identity in the discourse. However, it is worth noting that the Chinese blood and ancestry being referred to here are exclusively those of people belonging to the Han nationality.

And despite utilizing nationalism discourse, these users are critical of the Chinese government. They occasionally claim socialism and Marxism are obsolete, unrealistic, or simply wrong. In most cases, however, they would rather conceal these opinions and instead boast of their patriotism.

The groups we studied tend to label netizens who express differing opinions or support for minorities with derogatory terms. Their actions are likened to submissive gestures like ‘licking（舔）’ or ‘kneeling（跪）’, and they are labeled ‘Han traitors（汉奸）’ or ‘people who hate their own country（恨国党）’.

These terms function as moral coercion and is an attempt to dissuade ideas contrary to their own worldview. At the same time, these groups use Weibo to conduct large-scale online mobilizations, in which foreigners, their supporters, and the supporters’ friend group are subjected to false reporting, harassment, and spam.

The reactions we received after the article was published on Weibo confirmed this. One of the biggest discrimination account attacked me as a Muslim. A few comments claiming I should move to Africa and have an “intimate encounter” with Negros got hundreds of likes. Another type of popular comment criticized us as being sanctimonious while against the Chinese people or sacrificing the interests of the people. From their perspective, anti black is a part of being patriotic, anti National separatist forces and religious extremists.

Contrary to what many might think, the existence of these racists actually proves the existence of freedom of speech on Chinese internet, in the most ironic way. The government has been getting more serious about the issue of hate speech recently. Many users we observed were suspended for a period, and some were warned by the authorities to stop their overtly racist rhetoric.

Even though these penalties might make it more difficult for them to spread racist ideas openly, it could also backfire. Several users registered new accounts or switched to private group chats to continue their activities in response to the censorship. With these dedicated accounts are expanding their online influence day by day, more anti-racism campaigns and global cooperation are needed. 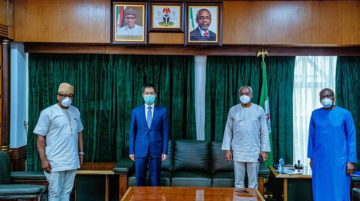 Less than one week after the situation in Guangzhou erupted, two of Nigeria’s top politicians moved as quickly as possible to put the issue to rest.  Both Foreign Affairs Minister Geoffrey Onyeam and Speaker of ... 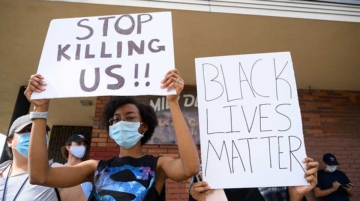 Wow. The ironies are popping up so fast they’re going fractal.  Get a daily email packed with the latest China-Africa news and analysis. ... 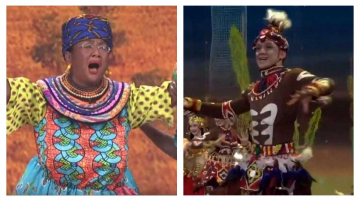