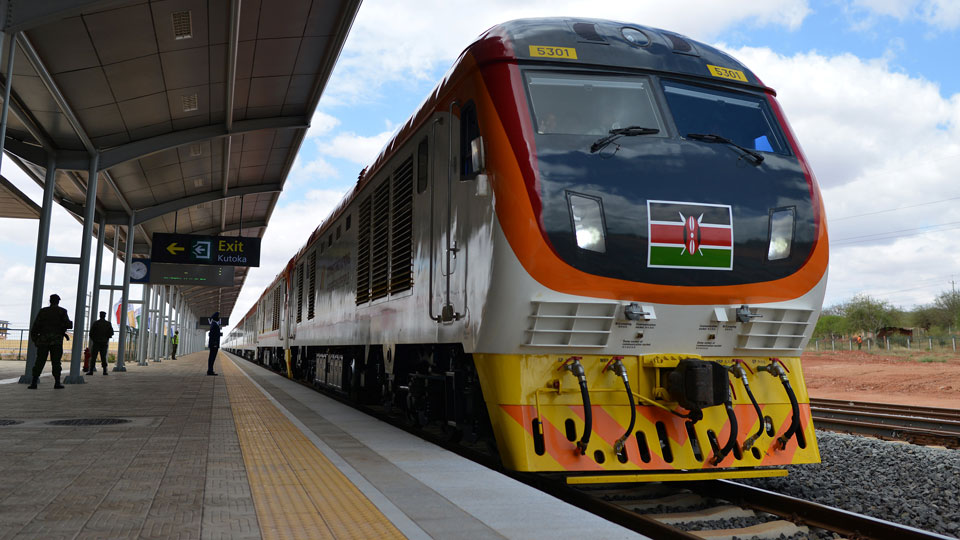 The embattled Chinese-financed and constructed Standard Gauge Railway in Kenya that now faces a critical test as to whether it will be able to survive the worsening economic crisis. TONY KARUMBA / AFP

Kenya’s difficulties in servicing its debts for the newly-built, Chinese-financed Standard Gauge Railway (SGR) is nearing a breaking point. Even before the COVID-19 outbreak, the railway failed to meet passenger and cargo volume targets and now the economic downturn brought on by the pandemic is making the problem even more acute.

The railway is losing money at an unsustainable pace of $9.2 million a month making it inconceivable that Kenya Railways will be able to repay its Chinese creditors at the current rate.

Earlier this summer, Kenya’s parliament was warned that portions of the new railway network could be forced to halt operations, after Kenya Railways defaulted on $350 million payment to the China Road and Bridge Corporation’s subsidiary, Africa Star, which operates the SGR.

Now, lawmakers are speaking out in uncharacteristically frank terms: “Look, our economy is beaten and we are not able to pay,” said Kimani Ichung’wa, chairman of the Parliamentary Budget and Appropriations Committee. “We are not saying the debt is not there, but we simply want to renegotiate what we owe you and the terms of payment,” he added.

In a recent report, the parliament was urged to slash the SGR’s operational costs by 50% and urgently renegotiate the loans with Chinese creditors before its too late.

The collapse of Kenya’s SGR would be a spectacular failure for both President Uhuru Kenyatta, who staked his legacy on big infrastructure projects like this, and the Chinese who held up the railway as an exemplar of its Belt and Road Initiative.

And whatever they do, the Chinese are going to face intense scrutiny. Kenya is home to one of Africa’s most vibrant, professional news media sectors. Kenyan journalists have spent years investigating the SGR deals. Also, the likes of U.S. Ambassador to Kenya, Kyle McCarter, a Trump appointee who’s been a vocal critic of Chinese engagement in Kenya and a proponent of the so-called “debt trap” allegation, will no doubt be ready to pounce should the trains stop running.

And let’s not forget that, should Kenya Railways default on the Nairobi-to-Mombasa SGR loan, revenues from the Port of Mombasa could serve as collateral.  While China has said repeatedly that it will not go after the port’s revenue in the event of a default, Beijing’s recent flirtations with debt-for-equity swaps could be enough to serve as the prime example of how a country’s sovereignty is threatened when it becomes too indebted to China.

China must know that the hyenas have sniffed out a wounded animal and the vultures are circling overhead. Its reputation on the continent is at stake. Africa needs fast, efficient and transparent debt renegotiations – a significant change from China’s dealings with the continent so far.

A failure to do so could inflict widespread and lasting damage on China’s entire African agenda.

Kenya’s Standard Gauge Railway and the Dramas of Development

This week saw the launch of the newest phase of Kenya’s Standard Gauge Railway (SGR,) connecting the port in Mombasa to the Rift Valley town of Naivasha. The Mombasa-Naivasha section of the SGR ...

The presence of Chinese construction companies in Kenya is evident from the big projects they are handling; from roads to office complexes to shopping malls. The current government’s flagship transport project, the Standard ...
Previous Story: Letter to the Editor: Contrasting Japanese vs. Chinese Investment in Africa
Next Story: Letter to the Editor: Defending the Interests of Africa’s Private Creditors