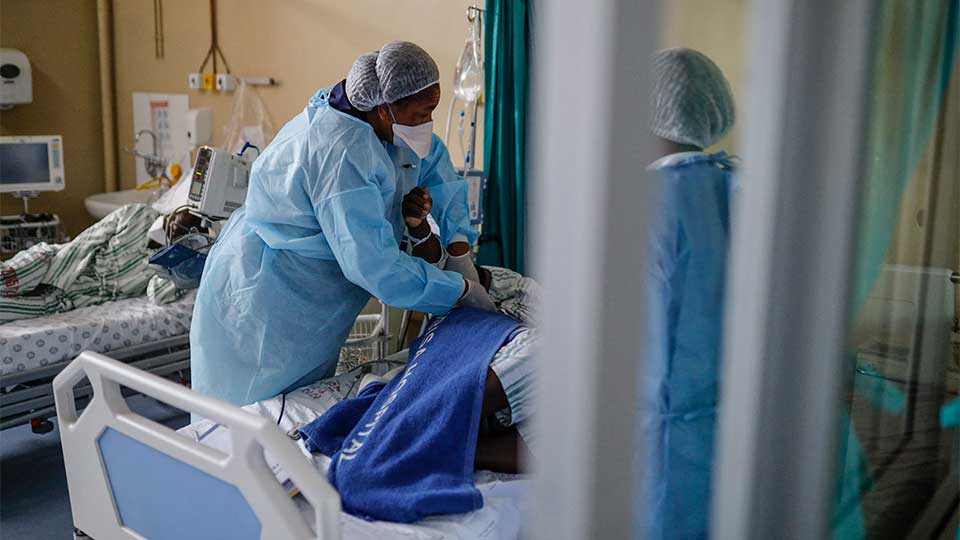 Two nurses move a patient who lies in bed at ward number 20 of the Tembisa Hospital in Tembisa, on March 2, 2021. Guillem Sartorio / AFP

I still remember the day I arrived in the quiet city of Natitingou, North-West Benin, after the 7000-mile journey from my hometown in China. I was to be a translator in a Chinese medical team deployed to the local hospital. Over the 13 months I stayed in Natitingou, I witnessed first-hand the importance of health assistance by Benin’s development partners and the lives it could save. It was truly an honor.

But today, 5 years later, and in this new post-COVID-19 world, 7,000 miles away, working on international development from my hometown, the question has come to my mind of whether our project in Benin really gave sufficient ownership to the local communities.

I have been very aware of just how the COVID-19 pandemic and the Black Lives Matter movement have exposed the systemic inequalities embodied within both health and society. I have been following the renewed calls to decolonize the global health sector, and fully agree with them, especially in the context of COVID-19.

Take the media coverage on the African continent’s COVID-19 response as an example. Consistent narratives of expected failure have been exposed as racist. Other explanatory factors expounded by both scientists and media, such as “Africa” being disease-ridden or poverty-stricken, as reasoning for the low numbers of cases, rather than accounting for proactive, effective African leadership in enforcing disease control measures, also demonstrate the reproduction of racist ideologies. These characterizations are not only misleading but also uphold the fundamental structures that have left the continent in its current position.

But how does China fit in? Is it outside or inside this system? Having never colonized an African country, is the word “decolonization” relevant at all?

The fact is, Chinese partners operating in Africa’s health sector – and in other development areas – often express that projects will be centered around “ownership”, “localization”, “demand-driven”, or “win-win”. Rightly so. Most discussions of decolonizing the global health sector focus on exactly this  – addressing power imbalances and structural remnants of the colonial period in order to have local ownership.

But what do these statements really mean in action when it comes to China?

First, a bit of context.

What Role Has China played in Africa’s Public Health Sector?

China’s role in health across Africa has grown significantly. For example, since 1963, China has dispatched over 22,000 Chinese health professionals to Africa, benefitting approximately 220 million patients. Other assistance includes the construction of healthcare facilities. In 2018, China fully funded and constructed Niger’s largest hospital – one of the most advanced healthcare facilities in West Africa. China has also made significant contributions to multilateral organizations, such as supporting the Africa Centre of Disease Control’s establishment in 2015.

What Are the “Colonial Practices” That Might Be Relevant?

At Development Reimagined, the Beijing-based development consultancy where I work, we conducted a survey that revealed global health sector stakeholders are adamant that redistributing power and resources along with decision-making devolution to local implementing partners is pivotal.

In practice, this suggests a number of internal changes. For example, dual salary systems, which offer higher wages and benefits to international staff, are used by an array of global health organizations from various countries. One report found that local staff was paid 4-times less compared to international staff in development projects, often leaving local employees living below the poverty line. Another issue is the lack of senior leadership positions for individuals from developing countries. These entrench pre-existing power imbalances, rather than empowering the local communities they are intended to support.

In practice, external changes are also needed. For example, most African countries are reliant on importing pharmaceuticals. This has been particularly evident within COVID-19 vaccine manufacturing, as by April 2021, less than 1 in 100 people have been vaccinated in Africa, whereas this stands at 32 people in 100 in North America. This dependency has resulted in African governments having to prolong testing and social distancing measures– all of which hampers economic growth and poverty reduction.

So do Chinese projects like the one I was involved in fall into these traps?

What Does China Do That Supports Local Ownership and Decolonization?

There are significant examples of China’s support for local ownership and capacity building, which go against the grain of the above mentioned “colonial” practices that need to be addressed.

For instance, as my colleagues have described well in a special guide for recipient countries, China’s emphasis and processes often ensure that project requests are made by recipient governments, and are therefore “demand-led”, rather than being bypassed through vertical funds and UN agencies or partnerships with non-governmental organisations.

On a more practical basis the types of projects used by China are also helpful.

For instance, knowledge exchange can enhance local health capacity through transferring medical skills and know-how. For example, government scholarships are offered to African students to earn medical degrees in China, with these schemes benefitting over 15,000 African students so far.  Such actions support the continent’s long-term resilience and enable capacity building at the grassroot levels, rather than a solely top-down approach. However, in recent years there has been a significant reduction in the intake numbers for overseas medical students. In 2013-2014 the number of overseas students stood at 6,020, whereas for 2018-2019 it almost halved to 3,470 students.

Similarly, and importantly, the Chinese private sector has also engaged in capacity building and localization practices through investing in the pharmaceutical sector. Through localized manufacturing, factories can produce supplies most needed by the local market, which is critical in times of public health crisis. Additionally, manufacturing locally reduces costs, making medicines more accessible. Take Humanwell Healthcare, a private Chinese pharmaceutical company, operating in Mali and Ethiopia. Humanwell manufactures pharmaceutics tailored to local demand and trains local technicians in their factories. There is an expectation that this kind of private investment will continue and be expanded – given that pharmaceutical investment was specifically mentioned in the 2015 Forum on China-Africa Cooperation Beijing Action Plan, and the China Chamber of Commerce for Import & Export of Medicines & Health Products, with UNAIDS in particular, has hosted a number of conventions to facilitate talks between Chinese pharmaceutical investors with African delegates.

Another method of support recently developed is the partnership between Chinese commercial giant, Alibaba, and a key African partner – Ethiopian Airways, in launching a cold chain transport route to support the procurement of temperature-controlled medicines, including COVID-19 vaccines. Such “joint ventures” which expand capacity in African partners as well as Chinese, can be said to be “win-win”.

Despite these innovations, there are, however, some areas where China’s forms of assistance mirror other longstanding global health actors and fall into the same traps. But it’s not straightforward.

How Can China Engage in This Discussion Further?

In China, as with other actors, the issue around devolving decision-making and supporting localization persists. As I mentioned earlier, China has processes that ensure aid is provided on a demand-basis – its’ always in response to a request. But this does not always mean “ownership”. For example, African governments do not necessarily design the projects – China’s health projects often have their own processes or equipment or methods used, which it is hard to deviate from or influence. Similarly, determining the amount of funding and/or ensuring Africans are at the forefront of delivery (for example as senior management in projects or as the majority owner for a private joint venture) remains outside the reach of many African countries.

The result is that many projects still reflect power imbalances through a benefactor-recipient relationship, even if the intention is not there and/or the actual “colonial” relationship never existed.

Based on this, and my work with my collegues in Development Reimagined on this topic, we have three key recommendations for how China can engage and in many ways lead this debate:

My experience in Benin showed me the positive impact that China’s health assistance brings. Today’s pandemic offers China an opportunity to extend this even more – and continue to shift away from the benefactor and recipient relationship towards a new paradigm, whether or not the decolonization language applies or not.

Jing Cai is a research analyst at the Beijing-based consultancy Development Reimagined. Mohamed Ali also contributed to this report.

COVID, International Cooperation, and China-Africa: What Next? 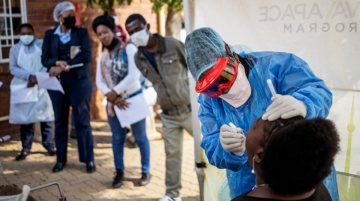 Compared to global COVID-19 hotspots such as Latin America, the United States, and India, African countries have – on average – fared relatively well thus far in the pandemic. However, cases are on the

Is Africa Ready for the Arrival of the Coronavirus? Yes! No… Kind of… Maybe… Definitely Not 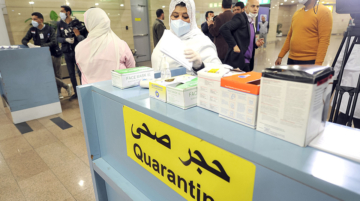 There are a lot of conflicting messages emerging now over whether African governments are sufficiently prepared to deal with the arrival of Novel Coronavirus should a confirmed case be detected on the continent. It’s important ...

The Need to Discuss Race in China-Africa Relations 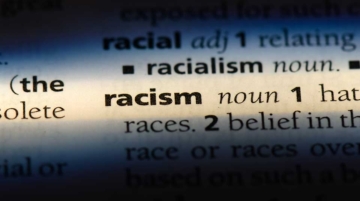 The domestic racial homogeneity of China and most African countries, as well as the lack of cross-cultural understanding between Chinese and Africans, have always been attributed as the rationale for the people-level clashes ...
Previous Story: General Stephen Townsend’s Comments on China Are Not Helping the U.S. Cause in Africa
Next Story: Commodity Supercycle Blues