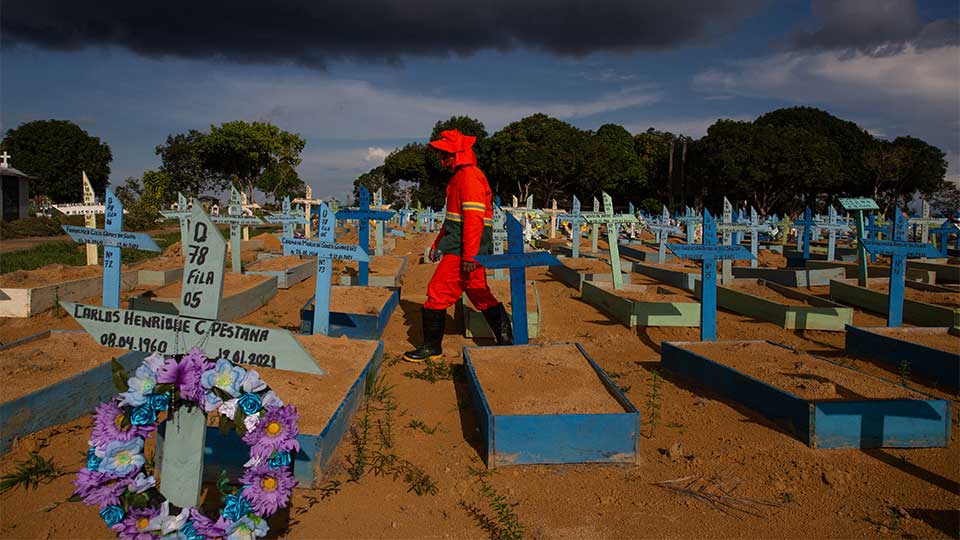 This week saw a small, but notable indicator in my corner of the global COVID landscape. South Africa announced that it will import 10 million doses each of China’s Sinopharm and Russia’s Sputnik V vaccines.

South Africa is hardly the first country in the Global South to opt for Chinese and Russian vaccines, but its specific quirks make it an indicative one. Nothing in South Africa is simple – in many ways one can say it’s a country with a divided soul. Among many complications, it has one leg in classic 20th century Bandung-style South-South solidarity. For example, its liberationist coalition with Cuba dates back to the Che Guevara era and continues in the form of deployment of Cuban doctors and engineers to the current day.

On the other, South Africa also tends to think of itself as having a natural position in the Atlantic world. Historical ties to the United States and the United Kingdom still shape the country in fundamental ways, and with it comes a kind of – dare I say it – snobbery. It was very interesting and revealing that the South African health authorities held back on Chinese and Russian vaccines for so long, while moving more quickly to pre-order Indian-made Western vaccines via the COVAX alliance. I assumed that this was partly to avoid domestic political pushback related to perceptions that Chinese vaccines are sub-standard, that the ANC government is too close to China, and a general (and because this is South Africa, also racially-inflected) assumption that Western jabs are the world standard.

India was where these two contradictory worldviews came together. A global South compatriot in South Africa’s struggles to loosen vaccine IP, it also provided a way of keeping Western product central to SA’s domestic vaccination drive. Now, as India’s hellish COVID crisis is disrupting its role as a vaccine provider, it is also where these two worldviews fall apart.

Pretoria’s choice to opt for Chinese and Russian vaccines is a small indicator of how COVID is revealing a new world order. As Simon Frankel Pratt and Jamie Levin argued in Foreign Policy this week, rich democracies are by far winning the domestic vaccination race, but at the price of extending any coherent influence to the rest of the world. Accurate or not, it tends to reinforce perceptions that these countries are little rich enclaves, primarily preoccupied with domestic politics, the balancing of which depends on keeping the rest of the world at arm’s length.

Ensconced in that reality, Western commentators have tended to focus on Chinese and Russian vaccine diplomacy as undue attempts to gather international influence, rather than focusing on what Western relative disinterest in the same kind of outreach reveals about itself, or the wider emerging global landscape. In the latter context, China’s continuing drive to position itself as a vaccine provider to the Global South seems part of a wider worldview in which continuing engagement with the Global South is a key avenue to escape its middle-income trap. As the demographer and economist Lauren Johnston has argued on the China in Africa Podcast, China’s drive to get rich before it gets old underlies its continued preoccupation with kickstarting markets and offshoring opportunities throughout the Global South.

Rich global north democracies are ‘winning’ the domestic vaccination race, even as India and Latin America are devolving into COVID hellscapes. Fair or not, one can’t but see that as a demonstration of the brute economic power still held by these countries, and the way it still warps the entire global fabric around it. But South Africa’s shift towards Chinese and Russian vaccines raises the question of how long this power will still translate into global norm-setting.

Relaxing IP on Western vaccines would have had the secondary effect of making them the global standard. The world’s rich democracies have not taken this route, and South Africa’s choice is just one small sign of the wider global ramifications of this choice, and the ways global powers’ different views of the Global South will shape our coming world. 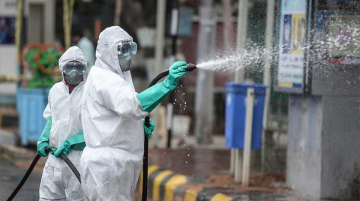 A massive surge of COVID-19 infections in India threatens to make worse what was already a difficult situation for developing countries in Africa and around the world in their efforts to contain the pandemic. 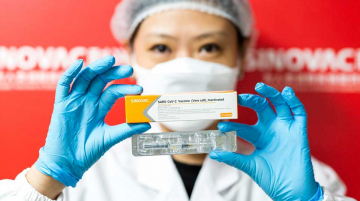 Vaccine Deliveries in Africa Gain Momentum With New Shipments From Covax, China and J&J’s New Jab on the Way 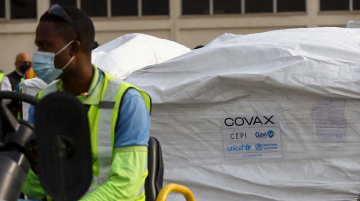 The world’s first shipment of COVID-19 vaccines supplied by the WHO-led Covax alliance landed at Kotoka International Airport in Accra on Wednesday adding new momentum to the pace of vaccine deliveries on the continent. ...
Previous Story: How Can China Support Vaccine Deployment in Zimbabwe?
Next Story: When It Comes to Deforestation, There’s Plenty of Blame to Go Around