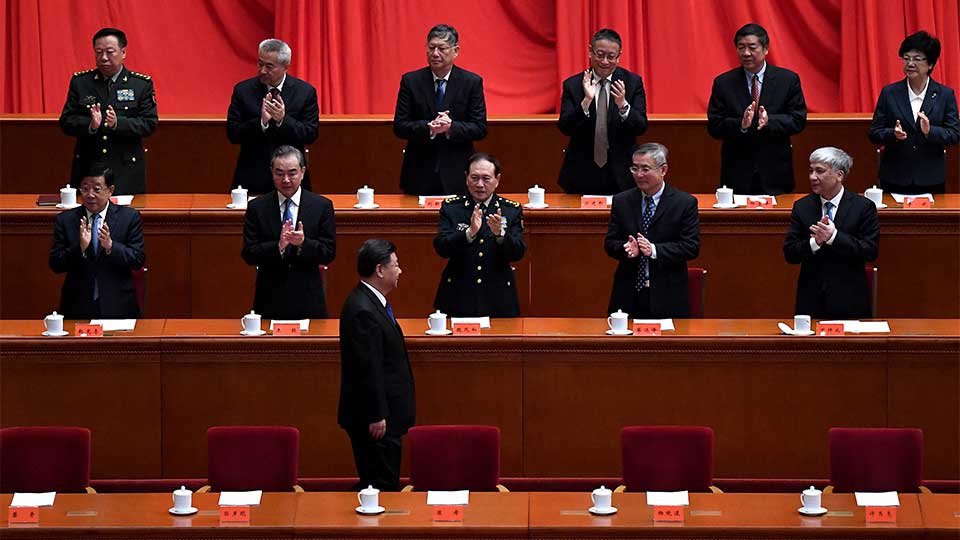 Chinese President Xi Jinping arrives at the commemoration of the 110th anniversary of the Xinhai Revolution which overthrew the Qing Dynasty and led to the founding of the Republic of China, at the Great Hall of the People in Beijing on October 9, 2021. Noel Celis / AFP

Among China watchers and in policy circles alike, one topic that keeps resurfacing is that of China’s ability to plan ahead. The Communist Party of China (CPC), so the common conception, is uniquely positioned to engage in far-sighted policy planning due to its capillary governance apparatus and overall political dominance in China. As countless books and articles have argued, Xi Jinping’s ongoing centralization endeavors in policy-making procedures have only enhanced the Party’s and senior leaders’ roles in domestic and foreign policy-making processes.

In the academy, these debates often center on the concept of grand strategy, which is commonly agreed to be long-term in scope, informed by a state’s utmost priorities, and operationalized through the use of all aspects of statecraft, including economic, diplomatic, and military means. An insightful recent book, The Long Game: China’s Grand Strategy to Displace American Order, from the prominent China analyst Rush Doshi, now China Director in Biden’s National Security Council, has stirred debate on the topic once more.

Drawing on a wealth of Chinese primary sources, Doshi charts China’s grand strategic ambitions to replace the U.S. as leader of the global order. He identifies three stages that shaped Beijing’s approach:

According to the book, each stage has been geared towards ‘displacing’ the Western liberal order: supplanting the US, Chinese global order will be carried by the Belt Road Initiative and heralded as a Community of Common Destiny. Xi Jinping’s espousal of a ‘new era’ and ‘great changes unseen in a century’, amongst other buzzwords, reflects the CPC’s long view of history underpinning this plan.

While the book certainly makes a timely contribution to a debate that often lacks historical grounding, it may also serve as an example of how a certain perspective has become entrenched in Washington’s worldview. Namely, that the world is divided along the lines of great power competition.

Take, for example, the complex issue of normative change. Doshi writes that China exports ‘broad, illiberal and tech-enabled solutions to twenty-first-century governance problems… [to] embed illiberal norms across Asia, Africa, and Latin America’. According to Doshi, this comprises a core component of China’s global strategy to undermine the U.S.-led liberal international order.

But the reality of China’s technological influence is often not as clear-cut. While we should certainly recognize the significance of illiberal technologies, ideological training, and coercive lending practices, we also have to go beyond an image of two binary grand strategies operating in a geopolitical vacuum. As Iginio Gagliardone writes, the reality of Chinese tech in the Global South is much more complex than sweeping accusations allow for and often conditioned by local political actors and their particular agendas.

The availability of new data further allows us to interrogate and qualify the assumption that China is adept at implementing a long-term strategy. A recent dataset and report by AidData, for instance, shows a steep rise in ‘hidden debts’ owed to Chinese lenders, and that BRI projects in fact take longer to implement and are more likely to face suspension or cancellation than non-BRI projects. The report’s authors also note the growing need for Beijing to address ‘buyer’s remorse’ in many cases of poor-quality loans. Such data shows that the future of the BRI is too varied and too uncertain to be considered the rigid backbone of an encroaching grand plan.

A key example is the recent discussion of China’s ambitions in Afghanistan. A host of observers were quick to infer China’s longer-term foresight from Beijing’s rapprochement with the Taliban before their take-over as well as the decision to retain a diplomatic presence in Kabul. It’s often claimed that China’s investments into Afghanistan’s mining and oil industries over ten years ago demonstrate the Party’s long-held anticipation that the US would withdraw, opening a power vacuum to be filled by Chinese capital and influence commandeered under the banner of the BRI.

As pointed out in our previous writings, such inferences gravely understate the complexity of the situation in Afghanistan and ignore the fact that Beijing’s investments faced considerable headwinds to the extent that some of them were canceled. Such a reading further postulates that the China that invested in Afghanistan in 2011 is same China, strategically and economically speaking, that now tries to engage the new Taliban government. But that would underestimate the impact of China’s slowing economic growth and experiences in places like South Sudan and Libya on Beijing’s appetite to invest in high-risk environments – factors that at least have to be taken into account before making premature conclusions about China’s likely moves in Afghanistan.

All this is not to take away from the importance of the discussion on grand strategy, which is surely an essential one. Doshi’s book makes a significant and timely contribution to the debate, demonstrating that if any state may articulate a grand strategy, it would certainly be China. A clear set of hierarchical interests and centralized governance apparatuses to operationalize them aid the CPC in implementing Xi’s long-term strategic vision.

But this does not guarantee success. As we have pointed out repeatedly, the Party may plan ahead domestically, but the implementation of foreign policy is a much messier process. Grand rhetoric and opaque decision-making in Beijing tend to mask this, and this is compounded by a tendency for observers to adopt a perspective that prioritizes their own countries’ interests.

The world is more complex than a narrow reading of US-China competition allows for, and many leaders across the Global South will not follow an appeal to choose sides. Grand strategy never operates in a political vacuum but is shaped and contested by policy successes and failures abroad. It seems that when we speak about China we all too often focus on the former without recognizing the latter. 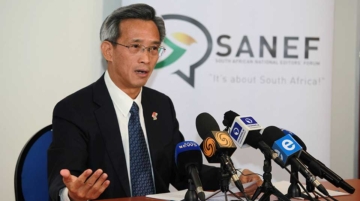 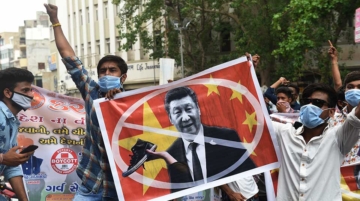 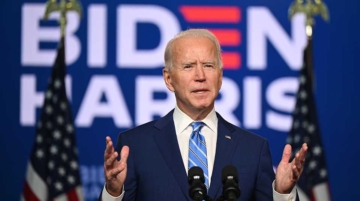 It’s probably too early to congratulate you since they’re still counting ballots in the last few states that’ll likely put you over the top. But since the odds now seem in your favor, I thought ...
Previous Story: Q&A: How Illegal Chinese Logging Fuels the Islamic Insurgency in Mozambique
Next Story: An Important Lesson For China at Macron’s Contentious Africa-France Summit