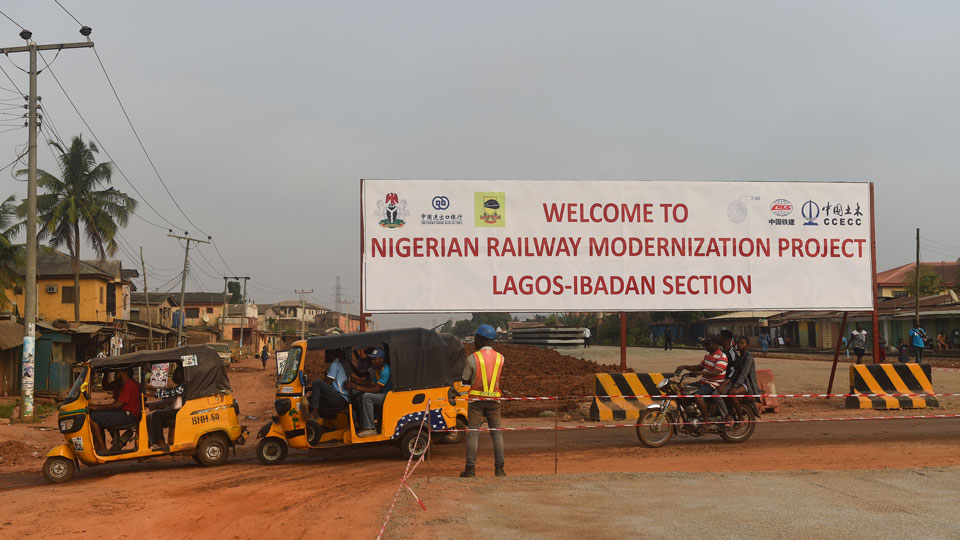 Rickshaws drive past a signboard to showcase the new standard gauge railway line under construction from Iju in Lagos to Abeokuta, Ogun State in southwest Nigeria, on February 7, 2019. The passenger train service which is designed to boost economic activites and ease movement of passengers by rail from Lagos to Abeokuta when fully operational will reduce damage on roads caused by heavy duty trucks and traffic congestion especially in Lagos, Nigeria's economic nerve centre. PIUS UTOMI EKPEI / AFP

After I published the story yesterday on the evolution of China’s Resource-for-Infrastructure deals in Africa and the emergence of new financing models, known as “Sino-Africa Swap” deals, I wanted to get some additional perspective to find out if this is something that’s actually happening or if it’s just a compelling PR talking point. So, I sent the story to Li Chenmei, a Beijing-based policy specialist at a leading Chinese think tank. But unlike many policy advisors and analysts who do most of their work in an office, Chenmei is out in the field, working directly with local and Chinese governments, SOEs and a variety of other stakeholders on large-scale development projects in Central Asia, Africa, and other regions.

Chenmei wrote back a fascinating, thoughtful response to the story that I thought would be helpful to share with the CAP community.

PLEASE NOTE: This letter has been reprinted with Li Chenmei’s permission however it is very important to note that the opinions expressed here are her personal views only and do not represent the views of her employer or any affiliated agency/organization.

I am currently in Nigeria and working with the local government here together with one of their major partners, a Chinese state-owned construction company. Since Nigeria is very rich in oil, gas and other resources, some of the so-called “swap deals” are, in fact, happening right here with people next to me. So I am very much in the middle of these kinds of negotiations and would like to share a few comments regarding the article you published this week.

First of all, the Resource-for-Infrastructure swap is there. And, as you rightfully pointed out, this wasn’t something actually invented by Chinese but it does, sometimes, create certain “win-win” outcomes.

Second, it is also very true that this model doesn’t always end well for one or both parties, as you indicated in the case of Angola when oil prices collapsed.

But I think it’s important to add some more context:

As far as I know, Chinese construction companies are, in fact, just as concerned about a country’s debt situation as are local stakeholders. And on the ground, I’ve seen them (SOEs and local governments) work closely together and find areas where they have to compromise with one another. In the future, it would be good to hear directly from the SOEs themselves and maybe, possibly, let more [outside] observers see up close how the things actually work on the ground.

This letter was edited for clarity.

Li Chenmei is a Beijing-based Project Specialist in the international development field with a special focus on industrial policy, Special Economic Zones, and foreign direct investment. She has extensive experience across working across a number of different continents providing policy consultancy to governments in developing countries including Ethiopia, Benin, Nigeria, and Uzbekistan. For more information about Chenmei, please see her profile on LinkedIn.

Finally, Some Straight Talk on Chinese Loans to Africa 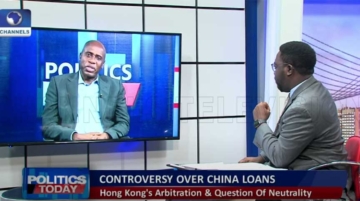 Seemingly fed up with the past week of overheated controversy in Nigeria over Chinese loans, Transportation Minister Rotimi Amaechi is telling it like it is. People may not like the Chinese, they may not ...

Tucked away in a remote corner of Southeast Asia, an important experiment is now underway that could have profound implications for how China manages its vast loan portfolio in Africa and in other ... 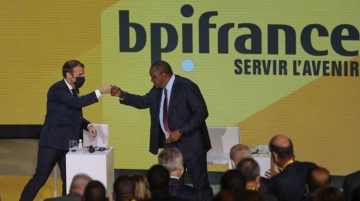 Kenyan President Uhuru Kenyatta looked like he had a great time in France last week. After all, the weather in Paris this time of year is absolutely lovely and this being his first ...
Previous Story: China’s Resources-for-Infrastructure Financing Mechanism is Evolving Into the “Sino-Africa Swap”
Next Story: Recent Killing of Kenyan Rhinos Highlights Need to Get Wildlife Issues Back on the China-Africa Agenda