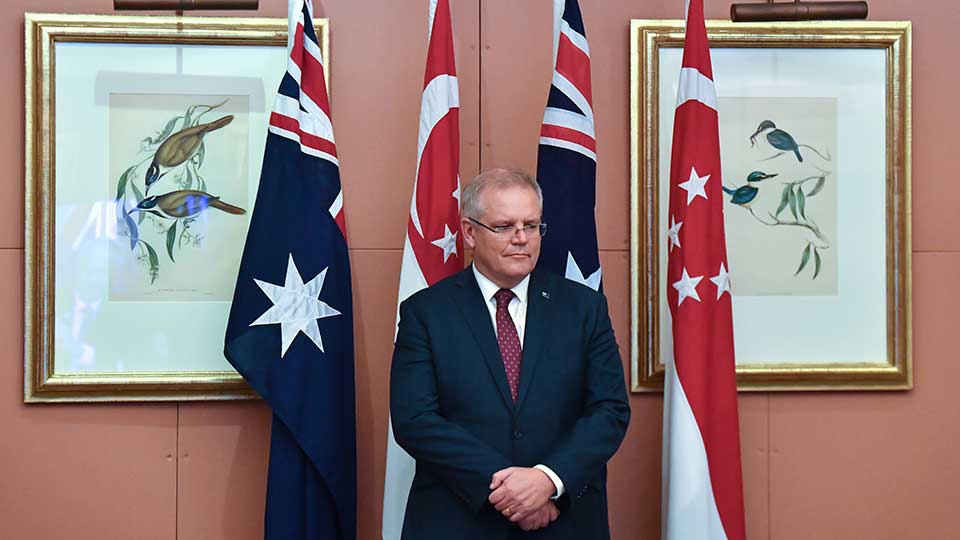 Australia's Prime Minister Scott Morrison stands next to the Australian and Singaporean flags as he conducts a virtual diplomatic summit with Singapore's leader at Parliament House in Canberra on March 23, 2020 MICK TSIKAS / POOL / AFP

The Guardian this week published a fascinating analysis of how the increasing diplomatic tensions between China and Australia could impact Africa. There are fears that recent Chinese crackdowns on Australian wine, barley, coal, and other commodities could be visited on the country’s exports of iron ore.

Australia provides 60% of China’s iron ore imports. Iron ore is key to China’s massive steel industry, and its plans for achieving full, comprehensive development by the middle of this century. However, there is a major challenge from Africa waiting in the wings. As we’ve also reported over the last few months, Guinea’s Simandou mine is a potential global game-changer. It has the world’s largest deposit of iron ore, and it is of a higher quality than that exported by Australia.

So is Guinea about to displace Australia as the world’s iron giant? Not so fast. Simandou is a troubled project and at least five years from starting production. Among other factors, exports are dependent on a Chinese-dominated joint venture (which, ironically, includes Australia’s Rio Tinto) building a 700-kilometer rail line. So Guinea probably isn’t an immediate competitor to Australia, but it could be one in a few years down the line.

Simandou brings together two major issues in China-Australian relations: China’s determination to diversify supply chains to lessen the importance of any single country as a source for key commodities like iron, and Australia’s enthusiastic participation in US-China tensions, not least its call for an investigation into the origins of COVID-19.

Africa can learn much from the specificities of Australia’s global role. Australia is part of a club of advanced Western democracies, which includes membership of elite blocks of US allies like the Quad and the Five Eyes. However, structurally, its economy is a lot closer to Africa’s. It’s a mining and agriculture-dependent economy with China as a major client. Iron ore makes up 40% of Australia’s total exports to China. And, like African counterparts, its share of Chinese exports is also too small to offer it much counter-leverage.

Australia’s current problems are likely to make African countries even less inclined to pick any fights with China at all. It will also raise questions about how wise it is for a country with Australia’s trade profile to align itself so explicitly with US strategic initiatives. Or more specifically, how much insurance do these kinds of alliances offer once Big Panda starts leaning on you?

There is a contradiction between Australia’s geopolitical position and its economic realities, and China is sending a message to the world by poking at this very contradiction. Africa will no doubt watch this fight, and the Biden administration’s response, closely. 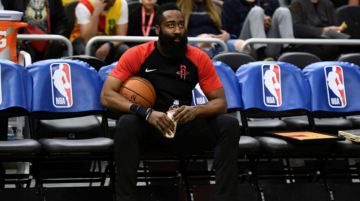 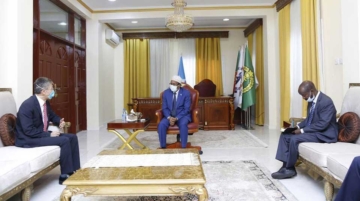 While Africa’s value to the outside world has historically been framed largely in economic terms — as a place to extract resources and as a market to sell goods — China is changing ...
Previous Story: Potential China-Africa Collaboration on Climate-Resilient and Sustainable Agri-Food Systems
Next Story: Some Unsolicited Advice For the Incoming U.S. Secretary of State