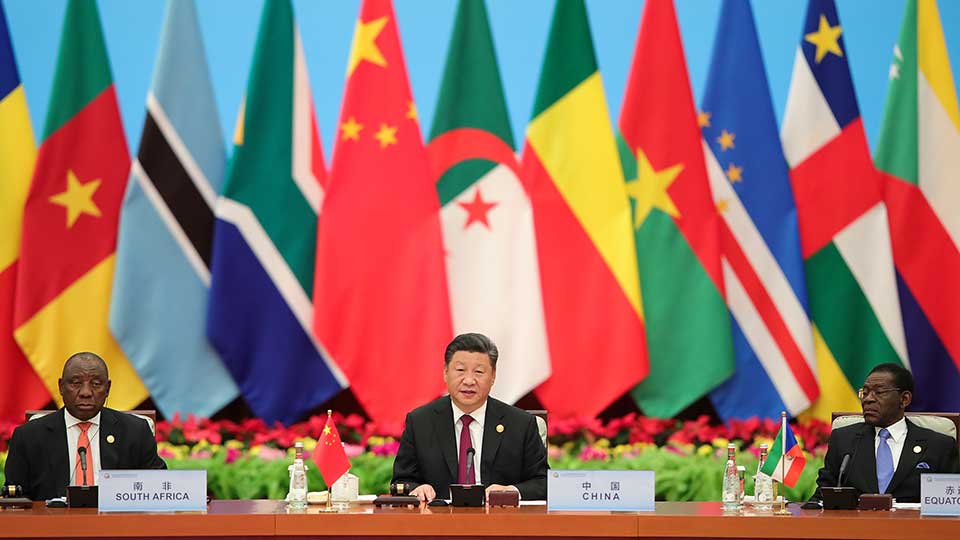 Final preparations are being made in Dakar, Senegal, ahead of this year’s Forum on China-Africa Cooperation (FOCAC) ministerial summit on the 29th and 30th of November. Next Monday, delegations of almost every African country will meet Chinese counterparts in the West African city for the eighth iteration of the China-led forum.

Over the years, the FOCAC eco-system has grown to include a host of cooperation programs, funding vehicles, sub-conferences, follow-up summits, and other institutions such as the China-Africa Business Council. Critics have often pointed out that the forum is dominated by China and leaves limited room for African agency.

Nonetheless, reflecting China’s growing engagement in Africa, FOCAC plays a central role in coordinating the policy agenda for the next three years, which is usually published in the form of the FOCAC Action Plan. In addition to the Dakar Action Plan (2022-2024), we also expect to see the publication of the 2035 vision of China-Africa cooperation and the Sino-African declaration on cooperation on climate change as well as a final communique.

If you’re looking to understand the wider China-Africa background to decipher these new developments, we have recently published a report providing an overview of the key emerging and consolidated areas of cooperation that are likely going to shape the China-Africa agenda going forward.

Indeed, understanding China’s engagement in Africa as well as African agency vis-à-vis an increasingly global China has become more important than ever. FOCAC comes at a crucial time for Africa. China represents an important source to finance post-COVID economic recovery programs and access COVID-19 vaccines. More equitable trading relationships and debt restructuring are certainly also on the minds of many African negotiators in this regard, following empty words and little action from the developed world on addressing Africa’s debt crisis.

But FOCAC also comes at an important juncture for China as the COVID-19 pandemic represents a rather unique backdrop to China-Africa diplomacy. The pandemic has considerably sharpened geopolitical rhetoric and widened the gap between the West and China. Beijing has fallen out of favor in many Western capitals across Europe, North America, and their allies, reflecting not only China’s poor handling of the initial epidemic and more assertive foreign policy behavior vis-à-vis core national interests such as Hong Kong and Taiwan, among others, but also the shift in Europe and the US towards seeing China as their main strategic and economic competitor. While this had begun before the pandemic, it has certainly intensified over the last two years.

This year’s FOCAC, therefore, takes place against a “new normal” in international politics in which Africa has emerged as an important source of legitimacy for the Communist Party of China (CPC). It is in Africa, as in other places of the Global South, where Chinese leaders can frame China as a responsible great power that offers convincing ideas that others follow and powerful tools to put these into practice. A successful FOCAC is thus not only in the interests of African leaders but also in Beijing’s.

The need to frame China’s actions in Africa in accordance with Xi Jinping’s domestic priorities is especially important in the context of China’s slowing economic growth, spiraling household debt, and news about the overleveraged property developer Evergrande, which likely feed into already existing skepticism among Chinese people regarding how much China should spend overseas before taking care of issues at home.

As a consequence, FOCAC will not only tell us much about the steadily evolving Africa-China story but also provide insight into the question of what kind of great power China is becoming.

Recent instability in Guinea, Sudan, and Ethiopia, for instance, could warrant a broader focus on security cooperation and crisis diplomacy. Beijing could, for example, use the summit to support existing initiatives by the African Union in support of a ceasefire and demilitarisation of Ethiopia’s ongoing conflict between the central government in Addis Ababa and the northern rebels, the Tigray People’s Liberation Front (TPLF).

While it is unlikely that China will openly discuss matters that it regards as domestic African security issues, will there be sustained discussion behind the scenes on issues that benefit not only elites but concern African citizens, civil society, and the most vulnerable?

At least in some ways, one may remain hopeful. As reflected by the announcement to publish a declaration on climate change cooperation at the meeting, FOCAC may advance China-Africa cooperation on environmental and climate change issues. Even if China’s muted engagement at COP26 in Glasgow stirred lots of criticism, Xi’s pledge to cut overseas coal finance earlier this year certainly points in the right direction. Well-coordinated and -funded projects aiding Africa’s green transition are perhaps among the very few examples in international politics that truly warrant the label “win-win”.

Now in its third decade, will FOCAC be fit for purpose to meaningfully address these emerging challenges? With all eyes on Dakar, questions remain as to what the future of China-Africa relations will bring.

Africa Should Negotiate Collectively with China at FOCAC. But That’s Not Going to Happen. 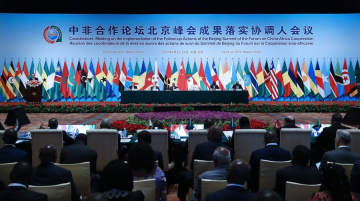 As the next Forum on China-Africa Cooperation (FOCAC) draws closer, the same sentiments and concerns over Africa’s relative position in the 20-year-old arrangement keep coming up. It is widely acknowledged that the continent generally gets ... 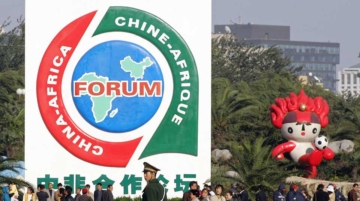 It was mostly overshadowed by the debt crisis in places like Zambia, but last week saw a major milestone in China-Africa relations. It was the twentieth anniversary of the Forum on China-Africa Cooperation (FOCAC). In ...

U.S. Secretary of State Mike Pompeo’s Visit to Africa Is About China, Not Africa 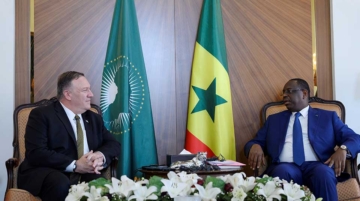 U.S. Secretary of State, Mike Pompeo will make his first trip to sub-Saharan Africa on Saturday. On his first-ever trip to Africa after nearly two years in office, Mr. Pompeo will visit Senegal, Angola, and ...
Previous Story: Why African Countries Can’t Rely on China to Fix The Trade Imbalance
Next Story: FOCAC 8: Building Africa-China Relations That Are More Profitable for Africa