Leaders across Africa, from Ethiopia to Rwanda, took to Twitter this weekend to express their appreciation to Chinese philanthropist Jack Ma for his massive donation of supplies to each African country in the fight to contain the spread of COVID-19.

The arrival in Africa of millions of masks, protective shields, and other medical supplies comes as China and the U.S. are locked in an increasingly bitter struggle over who will shape the COVID-19 narrative that President Donald Trump and his conservative supporters want to frame as the “Wuhan” or “Chinese Virus” while the Chinese, instead, is trying to persuade the world that the virus didn’t actually originate in Wuhan.

This burgeoning feud has broader ramifications as the two countries each tries to present itself as the better development partner to Africa. But in this particular case, as COVID-19 ravages African economies and is now becoming an increasingly grave health risk, the Chinese appear to be gaining a sizeable lead over the U.S. in shaping the narrative on the continent.

3 Reasons Why the U.S. Has Lost the Soft Power Battle Over COVID-19 in Africa:

1. JACK MA SAID HE WOULD AND HE DID: Last week, Jack Ma posted on Twitter that he would start to send relief supplies to countries around the world and now, 7 days later, those supplies landed at Bole International Airport. This reinforces China’s broader messaging on the continent about building infrastructure and getting things done.

2. THE U.S. CAN’T HELP AFRICA WITH COVID-19: Even if the U.S. wanted to send Africa millions of face masks and other relief supplies, it can’t. Facing its own COVID-19 crisis and a chronic shortage of the same protective medical gear for frontline healthcare workers, the U.S. is not in a position at this time to donate these kinds of materials to other countries. It would be politically explosive for the U.S. to send out relief supplies while its own healthcare workers are having to make their improvised cloth facemasks.

3. THE U.S. CAN’T TELL ITS OWN STORY: The Chinese have built up a formidable propaganda distribution network on the continent that is becoming increasingly effective in getting the Chinese message out to a broad cross-section of African stakeholders. This was on full display with this weekend’s relief flight showcased on social media, broadcast media and third party news sites across the continent. The U.S. does not prioritize communications in its development/relief initiatives and, as such, is increasingly unable to compete against the Chinese in this realm. 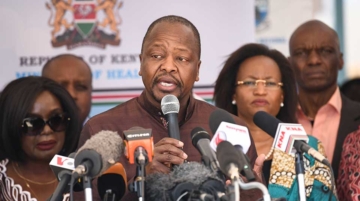 China is fast becoming a contentious political issue in a growing number of African countries, just as in the U.S., Europe, and in most countries here in Asia. Political rivals find that it’s ...

Ready, Aim, Fire! China’s Outspoken Ambassador in South Africa Shoots Back Against Critics in US & EU

China’s ambassador to South Africa, Lin Songtian, helmed a characteristically shoot-from-the-hip session at a recent conference on China’s impact on African industrialization at the University of Johannesburg. Lin accused Western ...

Ethiopian PM Abiy Puts Debt Relief on the COVID-19 Agenda. Now the Multi-Billion Dollar Question is How Will China Respond? 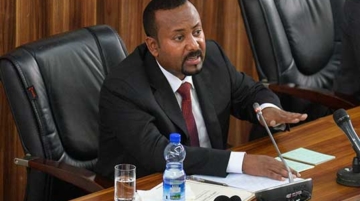