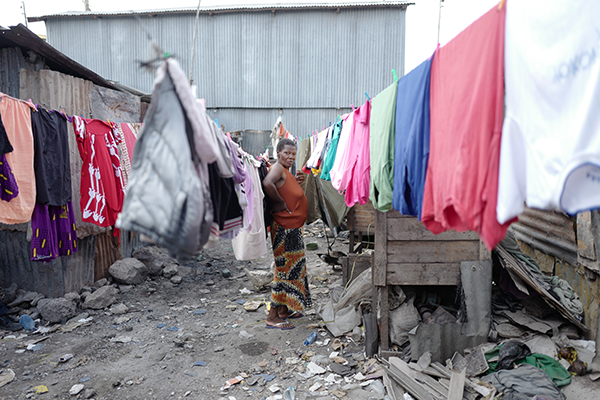 The following article was written by Chang Yang and Menghan An, youth fellows at China House Kenya in Nairobi
“Currently we have no connection with Chinese companies or donors here. But we are keeping looking for one,” said Violet, a social worker at Euphrasia Women Centre in Kenya devoted to women vocational training and income generating programs.
After decades of rapid economic development, Chinese expanding presence in Africa has attracted international attentions. In the sixth Forum on China-Africa Cooperation, President Xi pledged over $60 billion in development projects to tackle issues such as poverty, infrastructure and public health, which casts a promising light on the women empowerment initiatives in African countries.
Although Chinese aids have long been accused to be “new colonialism” in Africa, it should not be denied that some financial supports from China have helped to improve the economic and social prospects in local society. “I have a very good Chinese friend, Ann Chen, who brought huge, huge donations to us,” said Mercy the Chief Coordinator of Heshima Kenya, an NGO that provides safety shelter and vocational training to female refugees from East Africa. 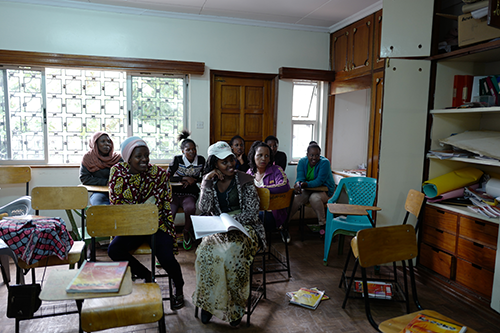 Besides direct financial aids, China is also creating employment opportunities to African labor market. According to the 2017 McKinsey report, 89% of workers in Chinese companies operating in Africa are local people. “I have a friend who works in a Chinese company, and I want to work at a Chinese company in the future because the company offers high wages,” said Shenell from Tandaza Trust Women Transform Center. Shenell is not the only African woman who is considering working at Chinese companies in Africa.
In addition, an increasing number of Chinese firms in Africa are committed to corporate social responsibility (CSR) programs. Huawei and Tecno, two of the largest Chinese-owned telecommunication companies, have made willing contributions to women empowerment in their CSR projects. Huawei has developed a network to spread basic medical and reproductive health knowledge to female refugees in the refugee camps in northern Kenya. On the other hand, Tecno donates dozens of phone to Female Genital Mutilation (FGM) rehabitation center at Massai village.
Although Chinese firms and individuals are trying to help the local women, they are discovering that providing effective aids is more complicated than they initially realized. “There was a Chinese woman supported me from grade two to grade seven, but her donation exceeded the cost of my school fees and the headmaster took the difference. After she found out what happened, she got angry and left. She stopped paying for school and the headmaster kicked me out of school,” Zulu, a woman from the slum shared her story. Oftentimes goodwill can have unintended negative consequences.
Many Chinese people prefer to provide immediate financial supports without a systematic approach. This leads to a misconception that Chinese people are looking for quick and easy solutions to the complicated social issues. “American and British organizations, on the other hand, prefer long-term support. For example, the American Bureau of Population, Refugees, and Migration provided us with funding for three years,” Mercy recalled.
As for employment, challenges do continue to exist in the gap between local vocational training NGOs and Chinese companies. “I know there are Chinese companies here. I tried to find a job at Chinese Construction Company as well, but I do not know how to apply for a job there,” said Lucy in Euphrasia Women Centre, completing the catering training programme. In the meantime, Chinese corporations would also like to employ local people but can find it difficult to reliable personnel.
The CSR projects of Chinese companies have not earned much trustworthiness among local NGOs in Kenya either. “Chinese were just doing business here, instead of paying attention to humanitarian aspects,” commented Arnold, the resource mobilizer of U-TENA, a community-based organization addressing female joblessness in slums. Their suspicion is not without merit. A lot of Chinese small- and medium-enterprises (SMEs) in Kenya have not ever troubled themselves to think about local female empowerment rather than minding their own business. 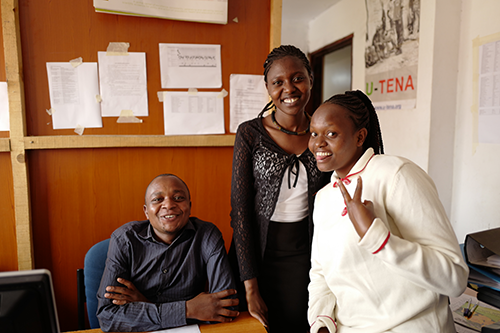 Despite all the challenges, a new generation of Chinese people living in Africa is creating a positive impact. Candy has lived in Kenya for over two years and has volunteered at many different local NGOs. Recently, she collaborated with an NGO called Femme International on reproductive health education in the Mathare, the second largest slums in Nairobi. “Effective philanthropy must be rooted in local efforts and tailored to the community it is serving,” explained Candy. It is the community itself that understands its needs best and can come up with its own solutions.
In addition to aid provided by individuals from China, some Chinese-led NGOs have also been established in Africa. China House, a social enterprise based in Nairobi, is currently working to connect Chinese companies and local NGOs devoted to female vocational trainings. NGOs like China House will become increasingly important, creating ties between society and the corporations. China House works with a multitude of NGOs to understand the skills and abilities of the communities they serve and match those skill sets with companies.
Moringa School is a partner that China House works with. Founded by a Chinese-American, Moringa teaches computer skills such as Java to the local people, focusing on introducing women into the computer science industry. The female and male ratio in her classes already reaches 3:7, which is impressive given that employment in STEM industry in the United States is often more heavily skewed towards male. China House has contacted Moringa House, hoping to connect Moringa graduates with Chinese corporations.
As Chinese involvement in African countries grows, African women are seeking out Chinese companies and NGOs to improve their quality of life. There are more Chinese people donating, helping, and volunteering their time. More companies are participating in CSR programs and trying to help the local people lift themselves up. There will inevitably be growing pains and challenges ahead but a new Chinese generation is trying to empower local women in Africa.

Scan the headlines about the Chinese in Africa and the predominant theme focuses almost exclusively on the infrastructure-for-natural resource deals.  The Chinese are signing multi-billion dollar oil and mineral deals up and down the continent ... 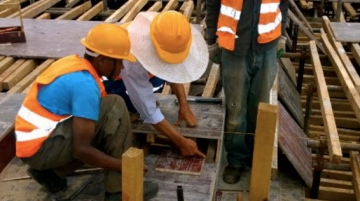 Editorial Disclaimer: The following article was submitted by China House Kenya. The opinions and reporting in this article are those of the author not the China Africa Project. By Hou Yixiao

The following article was written by Chen Jin, a youth fellow at China House Kenya “Honestly, we don’t want any female workers here.” Ms. Zhou, manager of an upscale Chinese restaurant ...
Previous Story: Can Chinese Technology be a Game-changer in African Wildlife Conservation?
Next Story: Rebutting the charge of neo-colonialism: China’s need for soft power in Namibia