Through the China Market, all stores had their Chinese names up front: dumpling stores, Chinese supermarkets, Chinese pancake stores, all next to each other. Inside, shopkeepers were arguing with their customers in Chinese, with accents from all regions in China. It was during Chinese New Year when I arrived, and signs of New Year could be found everywhere: red lanterns and couplets on the doors, red “lucky letters” on the windows, New Year TV shows played in the rooms. Several peddlers greeted me with beautifully pronounced “Piaoliang” (hey beauty) trying to sell their SIM cards.

This drew me into an illusion that I was somewhere in China. But no. I was in Addis Ababa, the capital of Ethiopia. And those greeting me were local Ethiopians.

Chinese intensive investments in Ethiopia had led a large group of business migrants to Ethiopia who stays for a long period—often decades—for economic opportunities. Apart from their influence as described above, these people are often a source of conflicts. Their almost permanent stay in big cities and daily interaction with locals make them the most seeable part of the Chinese engagement. Their behavior, activities, and even language usage would be recorded and labeled as “the Chinese.”

For example, in 2018 Kenya, a Chinese young migrant’s verbal insult to Kenyans was recorded and spread on the internet, leading to social outrage and a backfire on China’ s image.

This is exactly why these migrants communities deserve attention: they locate inside big cities, interact with all, build up and spread its culture to the local society, and bring both benefit and conflicts to the host countries.

With more and more Chinese investment coming to its Belt and Road Initiative countries, more such Chinese communities going to form. In many ways, the China Market Chinese community is representative of how Chinese migrants communities may take form and influence the local community. Thus, understanding the China Market is helpful for looking into the future Chinese engagements in other countries.

Most of the business migrants came to Ethiopia completely of their own initiatives. “These people are alert and sensitive in business. When they smell economic opportunity, they are as fast and as resolute as wolves.” Said President Assistant of the Eastern Industrial Zone, a man lived in Ethiopia for over five years. When the Forum on China-Africa Cooperation (FOCAC) initiated China’s double investment plan in 2000, these business migrants “smelled the taste of gold” and came to Africa, and about 40,000 of them finally rooted in Ethiopia.

Apart from security, there is another major reason why these business migrants are struggling: vicious competition from other Chinese.

Small business migrants opened up abundant “China shops” around a food market, attracting both Chinese workers and other business migrants to settle nearby, forming an ever-growing Chinese community. The locals changed to call the food market “China Market” when they realized the Chinese predominated the nearby area.

These business migrants are not highly educated. Using the Chinese saying, they are “a mixture of dragons and fish”: from various backgrounds, of low quality, and are often out of control. Most of the business migrants could not earn a decent living back in China given the brutally competitive environment there, and they came to Ethiopia for survival.  In Ethiopia, they devoted to industries that do not require much knowledge or professional skills, such as service or small trading business.

In Addis Ababa, security is a rising concern for the business migrants. In late 2016, security environment suddenly became severe, and many Chinese businessmen could not endure this precarious situation. Five days before my visit, a Chines jewelry store called Ou Puo Jewelry was robbed, and its guards were stabbed seven times. Two weeks before, a Chinese state-owned-enterprise was broken into and lost 15 million Birr. During the Chinese New Year in early 2019, there were Chinese stores robbed or broken into every single day. Everyday.

“We are all waiting. If the security environment doesn’t change by late 2019, I might consider leaving.” Said Mr.Cai, who was robbed during the New Year.

Apart from security, there is another major reason why these business migrants are struggling: vicious competition from other Chinese.

Fraud is common. The business migrants first arriving who speak no English or Amharic desperately need help to set up their business. Targeting these vulnerable people, swindlers used their identity as the “Chinese brothers” to win their trust. They faked land permission, company registration, and so on. When first comers finally realize the trap, they have already invested too much money to pull out.

Chinese reporting other Chinese is another “technique” to compete. Chinese know each other the best, so they know where to hit.

During 2013, when Mr.Hu’s machinery company was running well, a Chinese competitor in machinery industry reported him for smuggling machines. Mr.Hu claimed that he didn’t do anything illegal, yet the local government still sent him back to China. “It took goddamn a lot to come back here. Bloody Chinese.” He drank his liquor and said.

And there much more challenges that these Chinese had to face.

In late 2016, many big construction projects were completed, and Chinese workers packed up and left, leaving the business migrants little customers. Whereas bigger companies, like those in the Eastern Industrial Park, enjoyed ttraining related to local labor law and commercial law, these small business migrants have to learn these on their own, even though most of them can’t speak English.

To cope with the challenges they faced, Chinese business migrants in the China Market came up with various “solutions” that are not always legal.

Tax evasion is an old topic. Chinese restaurants and supermarkets normally do not give Chinese customers tax receipts, and the costumers never asked for them. It is a mutual understanding, a secret agreement. Yet, when local customers visit, stores have to provide tax receipts or they will face the risk of being reported—of course, some other stores would refuse to serve Ethiopian customers.

To these Chinese migrants, there is a clear line between “illegal” and “crime.” They try their best to avoid committing any crime yet participate in those illegal activities that won’t lead to severe consequences.

Smuggling is another way for more profit. Ethiopia has no port of its own. Therefore, route of have to go through the Djibouti port, and a high rate of tax is collected there. To save money, restaurant and supermarket owners make friend with Ethiopian Air . These hostesses would ship food materials through airplanes, charged with sixty RMB per kilogram. In this way, they managed to save a huge portion of shipping fees.

Moreover, Chinese migrants developed their own system of dollar exchange. Since it was hard to bring large value currency out of Ethiopia, these business migrants decided to provide dollar exchange service to Chinese tourists. Because many migrants had to get RMB to support their families back in China, they were willing to sacrifice a bit and provided a better exchange rate for tourists: tourists come to store, speak of the amount of Birr they want, and transfer RMB to the shop owners through WeChat Pay or Alipay.

Some other illegal activities, such as prostitution, are also present in this migrants community. However, since the migrants kept these activities exclusively for other Chinese, local government did little to change the status quo.

To these Chinese migrants, there is a clear line between “illegal” and “crime.” They try their best to avoid committing any crime yet participate in those illegal activities that won’t lead to consequences.

Integration level and the migrants’ impact to local community

Most of the business migrants in the China Market only contacted with other Chinese. These migrants faced a strong language obstacle to communicate with the locals. Combined with their little interest in integration, these Chinese took no effort in blending in and built a “small China” within their host country.

In the service industry, almost every chain was for the Chinese themselves: Chinese supermarket provide goods to the Chinese, Chinese restaurants attracted exclusively Chinese customers (partly because of their high price level), KTV, Spa and Pedicure Clubs did not welcome Ethiopian customers.

These people almost built a self-sustained ecosystem where they could live and earn money from each other Chinese. The only direct contact with the local Ethiopians they have was through job employment and business partnership.

Normally, the “China shops” provided a higher salary than local stores. A lady working in a Chinese supermarket told me that, thanks to the Chinese, she was able to afford her two children to college and to live a decent life. “My family was in Dukam (a suburban town) before. But we moved because we want money. And the Chinese gave me that money.” She said. Indeed, because of salary and high price-taking level, Ethiopians were attracted to the China Market. Many uneducated Ethiopians made their livings through selling vegetables and fruits to the Chinese, who, according to the Ethiopian farmers, gave more money than the locals.

Joint ownership is another crucial way of communication between the Chinese migrants and the local Ethiopians. According to the law, no foreigners can practice trading in Ethiopia. That means, Chinese people can’t legally own a trading company. Therefore, most of them hired local Ethiopians as their legal person and make them managers or partners.

To some degree, therefore, these Chinese business migrants are building the local capacity and contributing to their economic development because of these skills transfer and joint ownership.

A bright future in Ethiopia?

Translated by Erik Myxter On May 15th The 21st Century Business Herald out of Guangzhou published a thrilling article about Chinese illegal gold mining activity in Ghana.   The following is a translation of ... 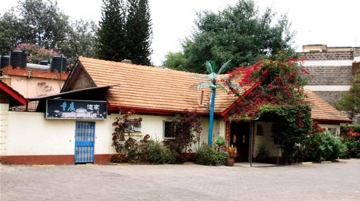 Special to the China Africa Project On March 24th, a Chinese restaurant in Kenya stirred up a heated discussion among the local Chinese community. Subsequently, numerous comments had been made by the local ... 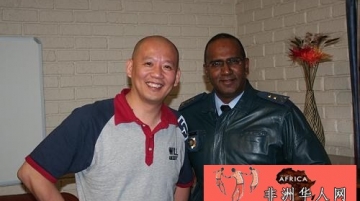 One of the most common criticisms of the Chinese in Africa is how difficult it is for “outsiders” (i.e. non-Chinese) to engage them in any kind of open dialogue. In many African countries, the ...
Previous Story: [AUDIO] "The Debt Problem in Kenya is NOT China's Problem, it's Kenya's!"​
Next Story: Fintech is Growing Fast in Kenya, Attracting New Interest from Chinese Investors