The following article was written by Ding Peixuan, 21, an English major at Northwest University in Xi’an, China. This article was produced in partnership with China House for the CAP Student xChange.
According to the “Business Daily” report, “Kenya 2018 Tourism Performance Report” shows that in 2018, the number of people entering the Jomo Kenyatta Airport in Nairobi reached 1.34 million, of which 73% were tourists and 13% were business travelers. The source countries are the United States, Tanzania, Uganda, the United Kingdom, India, China, Germany, etc. Kenyan tourism has maintained a momentum of recovery and development. According to Kenya’s tourism department, Ken’s tourism industry performed well in 2018. The positive factors included the improvement of airport services in Kenya, the opening of direct flights and the recovery of several international routes, and the cancellation of travel warnings to Kenya by Western countries.

Can Chinese Technology be a Game-changer in African Wildlife Conservation? 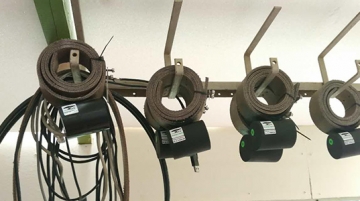 The following article was written by Sun Haolun of China House Kenya in Nairobi “It’s not easy for a Chinese guy to work in wildlife conservation in Africa. In the eyes of  Chinese ...

Dialogue with Real Buyers: How to Engage Chinese Against Illegal Wildlife Trade?

Over the past few years, China has emerged to become one of the biggest markets for global illegal wildlife products such as ivory. According to BBC news in 2017, China now accounts for up to ...
Previous Story: Fintech is Growing Fast in Kenya, Attracting New Interest from Chinese Investors
Next Story: [AUDIO] What Should the U.S. Do to More Effectively Compete With China in Africa?