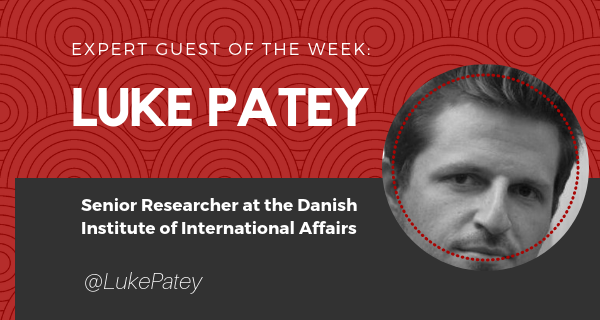 The following article was written by Stephany Zoo, Founder of the Nairobi-based China Africa Tech Initiative
When I first came to China, an Alibaba employee once told me that it wasn’t that Alibaba meant to only pursue wildly ambitious projects, it was just that when you had created a platform so large, it was their responsibility to take advantage of that scale.  And now, Alibaba is starting to pursue another such project— empowering 200 African entrepreneurs.
What exactly does “empower” mean? The Central Party School in Beijing has already announced their intentions to train 1000 young African politicians, creating a readily socialized generation of African leaders. Perhaps Alibaba is looking to be the private sector version of this program— mentoring an entire army of budding hustlers, but also to poise themselves as the leading BAT company (Baidu, Alibaba, Tencent) for African business to feed into.  They call this legion the eFounder Fellows.


The first batch of 24 entrepreneurs, hailing from a geographically well-distributed seven African countries, were brought to Hangzhou for a 2-week immersion program.  For the first round, Alibaba worked with local partners to recruit and recommend the entrepreneurs, which were all in industries within Alibaba’s auxiliary ecosystem, like logistics and e-commerce.  In the program were the likes of Angela Nzioki from Uhasibu, Damilare Ogunleye from Suvenia, and Feleg Tsegaye from DeliverAddis, who we spoke to.
This program makes a lot of sense; as Damilare Ogunleye from Suvenia noted, there are shocking similarities between China 20 years ago and Sub-Saharan Africa in the present. In 1999, when Alibaba started, Chinese internet penetration was less than 1.8% percent.  It was nearly a decade later, in 2009, before China had approximately the same penetration Africa has now— around 29%.  More specifically, the African internet percentage average is about 31%, notably with Nigeria and Kenya at the top. Resistance to technology for business and the behavior of negotiating was quite common as well.  Even if the similarities are there, the question is about how to apply the learnings to African markets to help them leapfrog and not make the same mistakes that China did.

Business as a Connected Ecosystem

Quite consistently, all three founders said their biggest takeaway was Alibaba’s approach to ecosystem thinking. Feleg noted that he needed to start seeing his business as an incubator for other businesses, just as Alibaba does.  Alibaba never intended to do everything themselves, but create frameworks and digital infrastructure that make them indispensable to the e-commerce ecosystem. This is very aligned with China’s partner of convergent social media and creating technology ecosystems with massive multiplier effects.

Historically, there have been numerous challenges when it comes to collaboration in mainly informal economies like many of those in Africa, but perhaps the binding agent isn’t the solutions they have in common, but the problems.

On the other hand, as Feleg noted, “In Ethiopia, there is often this perception that you should do everything yourself— even if there are synergies with other companies, people always want to first prove they are independent and secondly, eventually want to own all of it.”  Damilare describes it a different way— “In Nigeria, we are taught there can only be one winner, and the winner takes all, so we are worried if we share the work we will not get the winnings.” This general sense of distrust of collaboration varies throughout most of Sub-Saharan Africa, but for the most part, is a pervasive business attitude.  In Angela’s words, “Unless we stop this unproductive competitiveness, none of us are going to win.”
There is also a perspective of humility.  “Kenyans are proud people, but we need to have the humility to understand what we’re good at and where we need help, according to Angela. If founders can see each other as collaborators rather than competitors, they can then contribute to the ecosystem like Alibaba.

Historically, there have been numerous challenges when it comes to collaboration in mainly informal economies like many of those in Africa, but perhaps the binding agent isn’t the solutions they have in common, but the problems. After speaking to a number of the other logistics companies, Feleg realized he faced the exact same challenges with technology, labor force, and regulation as they did, especially in Nairobi.  Ultimately, he felt both consoled and worried that they were “all on the same level”, but that meant they were hitting the same kind of bottlenecks.  These bottlenecks can certainly be described as systemic and often policy-related.   Considering that Alibaba has not really faced such frontier market challenges, then the entrepreneurs need to be dependent on collaboration to solve the problems against formidable institutional foes.

When I go back to my home country, my focus will be educating all those involved in the business on how to leverage technology to better capture and analyze the data. — Damilare Ogunleye, 31, managing director of Suvenia.com, a Nigeria-based company that designs and sells personalized products.

Even though most of the entrepreneurs had interacted with a range of other African entrepreneurs, being able to interact both formally and informally helped spur organic connections.   Alibaba created a fruitful baseline, and then primed the entrepreneurs with a new framework for collaboration and let the hustle play itself out.  According to Damilare, speaking to other entrepreneurs gave him a new orientation of the challenges present in his own market that weren’t in others— for example, the problem of needing 2-3 internet providers in Nigeria. He realized since these challenges were present in Somalia or Kenya, it made him more willing to consider entering those markets.

How does Alibaba intend to connect further?

Alibaba’s open mandate for after this program is for the entrepreneurs show them what’s possible! The entrepreneurs have made commitments to leverage what they’ve learned to hit certain milestones within 6 months and a year, but the collaboration format from here on out is quite loose. For Feleg, that means thinking about how to bring rural people into the e-commerce experience and widening the democratization of choice through digital. Damilare has really taken the idea of ecosystem building to heart, starting Designed for Commerce Hub.  Angela, on the other hand, is making more technical changes such as hiring a data scientist and looking at her business as a data company not just a fintech company. In line with her learnings from Alibaba, one of the most active data companies in the world, Angela sees the financial data she collects as a way of opening up opportunities to solve more of her customers’ most pressing challenges. 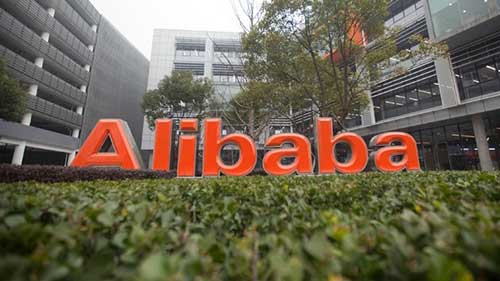 Alibaba’s system, rightly so, was about Alibaba and business learning, rather than China. The majority of entrepreneurs walked away with a really solid, though fast, understanding about the business insights that have made the company so successful. While they seem to understand how to apply these learnings to themselves, they all had hoped that mentorship would go one step further— with investors and funding.  The Chinese fundraising culture is completely different, so this an entirely different world to tackle, that perhaps Alibaba will be considering.  We all await what Jack has in store!

Prospects for African Handicrafts in China

The following article was written by Wu Xunpu, a student fellow at China House Kenya. After a tedious 48-hour layover in the Dubai airport, Bailing finally arrived in Nairobi, Kenya. The extreme ...

[AUDIO] "The Debt Problem in Kenya is NOT China's Problem, it's Kenya's!"​

If China was expecting praise and adulation for the $60 billion financial package that it announced at the recent FOCAC summit in ...
Previous Story: Prospects for African Handicrafts in China
Next Story: Dialogue with Real Buyers: How to Engage Chinese Against Illegal Wildlife Trade?