2019 is not even a month old and already two major Chinese tech companies have announced big plans to expand in Africa. Electronics giant Xiaomi and budget smartphone maker Realme (a sibling company of mobile device giant Oppo) will an enter an increasingly crowded market that is already dominated by Chinese tech companies including Transsion and Huawei who together control more than a third of the mobile phone sector.

While Chinese hardware companies are the most visible examples of this trend, China’s industry-leading eCommerce, fintech and online service providers are also ramping up their operations in Africa:

The rise of Chinese consumer electronics brands on the continent parallels what China has been doing behind the scenes in Africa for more than a decade where companies like Huawei and ZTE, financed by massive loans from the China Exim Bank, have effectively built the modern-day telecommunications network across much of Africa. And later this year, notoriously slow internet connections in many African countries will get a massive speed upgrade thanks to a new 13,000-kilometer undersea data cable that Huawei Marine is laying on the ocean floor to connect South Asia to East Africa.

The breadth of China’s contribution to Africa’s technology development over the past decade is indisputable. But, it’s also very controversial.

While producing low-cost handsets, rolling out new digital services customized for local African markets and improving internet access across the continent are all unassailably good, there is growing evidence that Chinese technology is also being used by African governments to restrict civil liberties and suppress dissent.

“What’s playing out in Zambia is part of a larger contest between the U.S. and China for dominance over the future of technology and global influence.” — Bloomberg Reporter Sheridan Prasso

And with China’s emergence as a global leader in facial recognition, artificial intelligence and machine learning technologies, concerns about African civil rights will likely only intensify as these technologies become standard in many countries’ telecom infrastructure.

Just as with other aspects of the China-Africa relationship, critics and advocates alike can see what they want in the growing presence of Chinese technology on the continent. For some perspective on the implications of China’s growing influence on the African tech sector, Eric & Cobus are joined this week by two professors in the United States who are actively studying the issue — one from a Chinese perspective, the other through an African lens

Seyram Avle is an assistant professor of communications at the University of Massachusetts in Amherst. Her work focuses on information and communication technology production in the global south, and she is particularly interested in the practices, ideas, and impact of technology entrepreneurs, makers, and doers in parts of Africa and China. She also has an ongoing research program focused on media and communication policy in Ghana.

Silvia Lindtner is an assistant professor at the University of Michigan in the School of Information, with a courtesy appointment in the Penny W. Stamps School of Art and Design. Lindtner’s research and teaching interests include innovation and technology entrepreneurship, making and hacking cultures, shifts in digital work, labor, industry, policy, and governance. This work unfolds through a deep engagement with issues of gender, inequality, and enactments of masculinity in engineering and computer science fields, politics and transnational imaginaries of design, contemporary political economy, and processes of economization. Lindtner draws from more than eight years of multi-sited ethnographic research, with a particular focus on China’s shifting role in transnational and global tech production alongside research in the United States, Taiwan, and Africa. 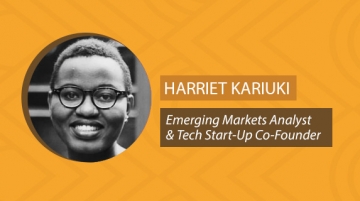 China’s tech giants are rapidly expanding their presence in Africa in commercial, consumer and government sectors. In just the past few weeks alone, there has ... 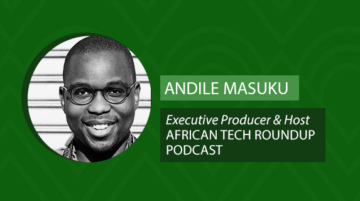 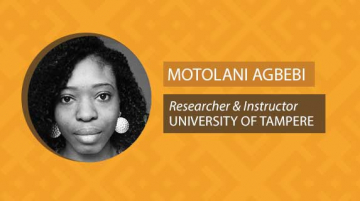 Challenging China’s dominance in Africa’s tech sector was one of the key takeaways from this month’s Europe-Africa summit and a key component of the EU’s ...
Previous Story: African Governments Need to Negotiate Better Deals With China. Here's How They Can Do It.
Next Story: Africa and the Prospect of a New U.S.-China Cold War