Sure, there’s a vigorous debate over just how many hundreds of billions of dollars the West has sent to Africa in the form of “aid” over the past half-century since colonial independence.  Some estimates put it in the trillions, while the OECD and others claim it’s merely in the 800 billion dollar range.  Regardless, the sums are huge.

That said, the amount of money is not what’s in question, the more pressing issue is what has all this “aid” actually accomplished?

Each year NGOs, state actors and multi-lateral organizations like the UN pour ever greater sums of money into African states and rarely, if ever, are they actually held to account for the effectiveness of these costly programs.  Despite ever growing aid and development budgets, many of the key poverty indicators across Africa remain stubbornly high.

Aid industry critic and NYU professor William Easterly argues that the aid business itself is partially to blame for the problems.  The high level of professional incompetence on the part of too many young and inexperienced aid “experts” mixed with the economic distortions that result from the billions of aid dollars that flow through these countries often combine to form a toxic mix with debilitating consequences.

Ten years after the Forum on China-Africa Cooperation summit that marked Beijing’s renewed enthusiasm for African engagement, the surge of Chinese investment, migration and influence across the continent is unmistakable. Like the West, the Chinese are pouring billions of dollars into Africa.  However, that money is largely going to support an aggressive agenda to acquire natural resources with complex cash and infrastructure deals.

Beijing’s so-called “No Strings Attached” trade-based approach has sparked the ire of Western governments and the aid industry who largely dismiss the Chinese as neo-mercantilists, even neo-colonials. That indignation, though, is prompting a growing number of analysts to raise their eyebrows.  Fellow African Boots.com blogger and Beijing-based policy analyst Bradley Gardner highlighted in a recent article, “Aid, Trade & Some Indignation,” the inherent contradiction of EU/US states generously subsidizing their agricultural sectors that ultimately deprive developing world farmers of selling their goods at fair market value; subsequently impoverishing these states only to make them more dependent on Western aid.

The recent shooting of Zambian mine workers by Chinese supervisors and the well-documented corruption that accompanies many of China’s massive natural resource deals are indicative that Beijing’s African foreign policy is troubled in equally challenging ways.  However, the Chinese rejection of the Western aid model and the emphasis on trade deserves our attention.  After all, in a shorter period of time, China pulled more people out of subsistence poverty than any other society in human history — with only minimal international assistance. 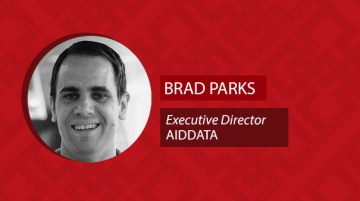 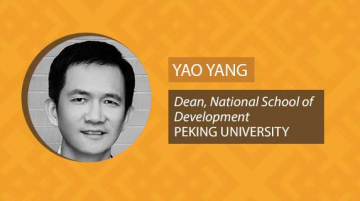 The Chinese approach to global aid and development is very different than that of traditional donors in the U.S., Europe, and Japan. While Beijing is ...
Previous Story: Chinese Relationship and Marriage Customs in Africa
Next Story: The Sino-U.S. Soft Power Showdown