China’s crude imports from Saudi Arabia surged last year by 47% highlighting the Kingdom’s growing importance to Beijing as a key oil supplier. This should also be concerning for Africa because the Chinese no longer feel as dependent on the continent for strategic raw materials as they did even just a few years ago.

And as the Chinese expand their economic and political influence deeper into the Middle East, the Persian Gulf and Mediterranean regions, they’re being welcomed in every capital.

It’s somewhat surprising, though, that the Chinese aren’t encountering more resistance, especially since they’re coming to these politically combustible regions with their own set of complex issues. But apparently it doesn’t seem to bother anyone that the Chinese do business with both the Iranians and the Israelis, or the Qataris and the Saudis and have launched a massive campaign against Uighur Muslims where more than a million people are now forcibly detained in internment facilities.

In fact, quite the opposite. Earlier this year, visiting Chinese Foreign Minister Wang Yi brought Beijing’s messaging about Xinjiang to Cairo, the heart of the proverbial “Arab Street,” and was warmly embraced by President Abdel Fattah el-Sisi.

For some perspective on the growing Chinese presence in MENA, the Persian Gulf and the Mediterranean,  we’re joined this week by two leading scholars who closely follow geopolitical trends in those regions:

Andrea Ghiselli is a researcher at the School of International Relations and Public Affairs of Fudan University in Shanghai and also the ChinaMed Project that covers Chinese engagement in the Mediterranean.

Mohammed Turki Al-Sudairi is the Head of the Asian Studies Unit at the King Faisal Center for Research and Islamic Studies and is also currently a Researcher at the Hong Kong Institute for Humanities and Social Sciences at the University of Hong Kong.

About Mohammed Al-Sudairi and Andrea Ghiselli:

Mohammed Turki Al-Sudairi is the Head of the Asian Studies Unit at the King Faisal Center for Research and Islamic Studies and is also currently a Researcher at the Hong Kong Institute for Humanities and Social Sciences at the University of Hong Kong. Al-Sudairi earned a B.S. in International Politics from the Edmund Walsh School of Foreign Service, Georgetown University, a double master’s degree in International Relations and International History, respectively, from Peking University and The London School of Economics, and Ph.D. in Comparative Politics from the University of Hong Kong. His research largely focuses on Chinese domestic politics, normative transnational links in Sino-Middle Eastern relations, and the Arab left.

Andrea Ghiselli is a Researcher at the School of International Relations and Public Affairs of Fudan University (Shanghai, China). He is a non-resident Research Fellow with the TOChina Hub. His research focuses on China’s foreign policy and relations between China and the Middle East. 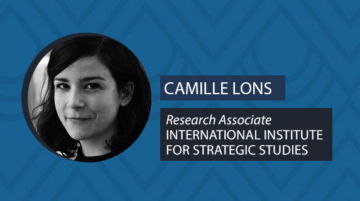 Chinese Foreign Minister Wang Yi kicked off his annual tour of Africa in Cairo this week where he met with senior Egyptian leaders to discuss ... 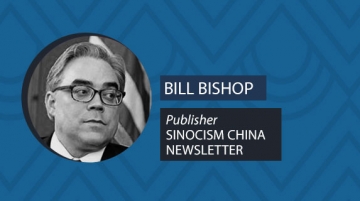 The December China-Africa leaders summit in Johannesburg culminated the end of what was a very busy year for Chinese president Xi ...
Previous Story: Africa Not Prepared to Deal With the Consequences of Economic Disruption in China
Next Story: How a Chinese Journalist Covers Africa: A Discussion with CGTN’s Shen Shiwei