Lagos State University political science lecturer Abdul-Gafar Tobi Oshodi joins Eric & Cobus this week to discuss the current state of China-Nigeria relations. After a turbulent past few months following the events in Guangzhou back in April and now calls from the Nigerian House of Representatives to check the immigration status of every Chinese national and business in the country plus a separate effort to review every Chinese loan dating back 20 years, it’d be safe to assume that diplomatic ties are strained.

But Tobi Oshodi says beneath the surface, relations between these two countries are far more stable than they may seem.

Abdul-Gafar holds a PhD in Social Sciences from KU Leuven and currently lectures in the Department of Political Science, Lagos State University (LASU). His research interests broadly revolve around international relations, comparative politics, and development studies – with a strong bias for China in Africa, the ‘youth question’ and nation-building in multi-ethnic countries, and qualitative methodologies. A former journalist at Vanguard newspaper, he was a fellow of the Social Science Research Council’s (SSRC) Next Generation of Social Science in Africa program (2013-2014) and a University of Edinburgh’s Centre for African Studies Catalyst Fellow and Non-Residential Catalyst Fellow (2019-2020). His PhD research – on the contemporary relevance of Ghana’s national youth service program – at the multidisciplinary Centre for Research on Peace and Development in Leuven was fully sponsored by the Research Foundation Flanders (FWO) and the Leuven Special Fund. He has recently been offered the American Council of Learned Societies African Humanities Program (ACLS/AHP) postdoctoral fellowship (2020-2021) to conduct research for his first book entitled ‘Imageries of Mao Zedong’s China in Ghanaian newspapers, 1957-1976.’ He is a co-founder of Conflict Research Network West Africa (CORN – West Africa). Abdul-Gafar has published several articles and presented his research findings at major conferences in Africa, Europe, and North America.

Tensions between the United States and China have deteriorated significantly in recent years amid bitter disputes over trade, technology and geopolitical competition around ...

African Leaders Declare Crisis in Guangzhou is “Sorted Out.” What Did We Learn? 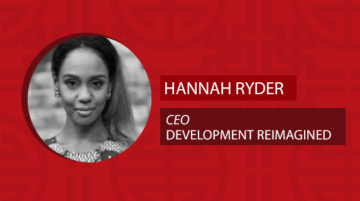 Less than one week after alarming videos, photos and accounts of African migrants being forced out of their homes and hotels ... 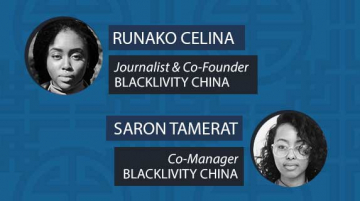 This April’s outburst of discrimination against Black and African residents in the southern Chinese city of Guangzhou marked a seminal ...
Previous Story: Africa’s Private Debt: What to do About Those Vulture Funds Circling Overhead?
Next Story: Debunking Fake China-Africa News