It wasn’t that long ago when France was by far the dominant foreign actor in West Africa. “Francafrique’s” once ubiquitous power allowed it to dominate virtually all aspects of political and economic life in its former colonies.

That’s no longer the case. Today, France is just a marginal player in most West African countries. Take Senegal, for example, where the French are no longer even among the country’s top-ten trading partners, eclipsed by Australia, the United States and, of course, the Chinese.

Until now, China has been slow to enter francophone markets in West Africa but that’s now starting to change. Bilateral trade with Senegal now tops a billion dollars, largely dominated by Chinese imports. But there are indications now that Beijing is looking for ways to build a more sustainable relationship that also includes increased levels of Chinese investment in Senegal.

Last year, China invited Senegal to be the first West African country to become a member of the Belt and Road Initiative and then this past October, representatives from the two countries took part in the first Sino-Senegalese summit that focused on expanding trade, investment infrastructure development ties.

All of this may be part of the warm-up for the next triennial Forum on China Africa Cooperation summit or FOCAC, that will take place in Dakar in 2021. Of all of Africa’s international summits, FOCAC is by far the biggest and now the most important, and that means there’ll be a lot more attention on Sino-Senagalese relations over the next 12-18 months.

Professor Ahamadou Aly Mbaye from Cheikh Anta Diop University in Dakar spends a lot of time thinking about Senegal’s economic development trajectory and the changing nature of its relationship with France and China.

He says there’s good reason to be concerned.

While Chinese stakeholders are starting to come to Senegal with detailed plans for investment and infrastructure development, Senegalese policymakers are largely unprepared, making decisions based on instincts that have been honed over the years of interactions with French and U.S. stakeholders. To put it bluntly, according to Professor Mbaye, the Senegalese do not have an adequate policy plan for how to best engage the Chinese.

Professor Mbaye joins Eric & Cobus to discuss the rise of the Chinese in Senegal and the West African country’s rapidly changing economic landscape.

Ahmadou Aly Mbaye is a professor of economics at the University Cheikh Anta DIOP (UCAD) in Senegal and a Non-Resident Senior Fellow at the Brookings Institution (Washington DC). Professor Mbaye is also a senior research associate at the Centre for Development Research (ZEF, University of Bonn, Germany). He currently holds the position of director of the Laboratoire d’Analyse des Politiques de Developpement (LAPD). Previously, he had served as the dean of the School of Economics and Management at the Cheikh Anta DIOP University and chair of CIEREA-PTCI (the Francophone African network of research and higher education in economics) Board for 10 years. Mbaye has been a consultant for many regional and international organizations. He is managing several international programs within his universities and has numerous publications on development economics and Africa. Mbaye has been serving as a member in the AERC’s Programme Committee for more than four years now. 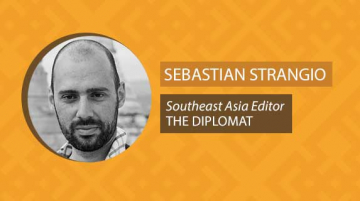 While Chinese engagement in Africa is a relatively new phenomenon, dating back around 20 years now, countries in Southeast Asia have millennia of experience in ... 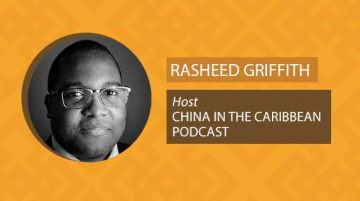 China is steadily, albeit quietly, deepening its ties in the Caribbean region using many of the same techniques that it did in the early 2000s ...
Previous Story: Africa’s New Embrace of Russia Risks Alienating China, U.S.
Next Story: Does China Benefit From the U.S. Stripping Cameroon of Its AGOA Privileges?