Nigerian Dickson Agbaji is not famous. He’s not a singer, a movie star or a popular online celebrity. So, according to the conventional definition of soft power, a guy like Dickson would not be considered very important.

But in the long game that China is playing in Africa, investing in people like Dickson today with an eye towards reaping dividends 10, 15 even 20 years in the future, Dickson is actually critical to Beijing’s future success on the continent.

In so many ways Dickson, not Beyoncé or Post Malone, is the new face of soft power diplomacy in Africa.

Dickson is one of more than 60,000 African students currently enrolled in Chinese higher education institutions. He is pursuing a master’s in international relations at the prestigious Beijing University where he’s a scholar in the Yenching Academy.

In the 20th century, the United States had a number of programs that brought young African students over the U.S. to study. Back then, the U.S. regarded student engagement as a vital part of its broader diplomatic agenda whereby bringing young people, largely elites, to study in the U.S. would facilitate them building an American-centric view of the world and foster a network of U.S. relationships that would accompany them throughout their career when they return to their home countries.

The U.S., for the most part, doesn’t do that anymore. It’s cut back on scholarships and made it much more difficult for African students to get visas.

China, though, is going in the opposite direction by providing generous scholarships, visas and even holding educational fairs in Africa to recruit students to attend Chinese universities.

Those tens of thousands of African students currently studying in China will eventually come back to Africa bringing with them a Sino-centric view of the world and a network of relationships formed during their time in China that will serve them, and China, for decades to come.

Dickson joins Eric & Cobus in between classes at Beijing University to discuss why he chose to come to China and what he’s getting out of his education there.

Dickson David Agbaji is Nigerian and graduated as the top student in the 2015 class of Political Science graduates from the University of Calabar, Nigeria. Dickson is a Management Trainee at Champion Breweries PLC and a Fellow of the Carrington Youth Fellowship Initiative (CYFI). Dickson is also a climate enthusiast; as Ambassador of Earthplus Africa and founder of Green Earth Sentries, he has undertaken projects with a team of three to improve climate education and resilience in Nigerian schools. He also oversees an enterprise in the footwear industry. Dickson enjoys writing and researching, and he has presented papers at international and local academic conferences and co-authored several published journal articles. As a Yenching Scholar, Dickson is focusing on learning Mandarin and pursuing Politics and International Relations, researching soft power roles in confronting violent extremism in Nigeria and the Sino-Nigerian partnership.

Nigeria’s Future Railway Engineers Are Being Trained in China 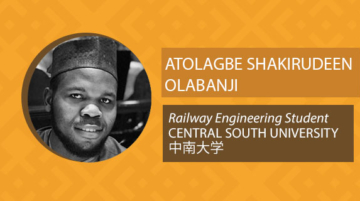 While China’s new railways in Africa are generating a lot of excitement there’s also an equal amount of concern over who will maintain this new ...

Does It Make Sense for Africans to Learn Mandarin Chinese? 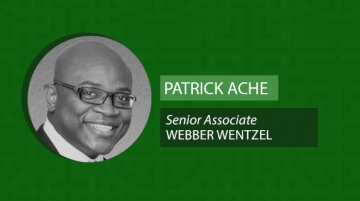 The South African government’s 2015 decision to add Mandarin Chinese to the national curriculum sparked an uproar that baffled people ... 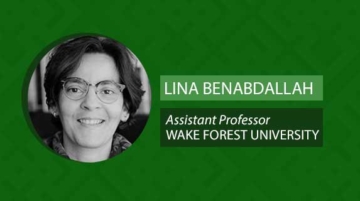 To many outside observers, Chinese engagement in Africa is often evaluated based on hard metrics like the amount of trade, the number of immigrants, investment ...
Previous Story: The China-Africa Tech Roundup with Andile Masuku
Next Story: A Cautionary Lesson About Chinese Manufacturing in Africa