In the U.S. and many parts of Europe, China’s Belt and Road Initiative (BRI) is often seen as “Trojan Horse” where Beijing uses the lure of trade and investment to discretely extend its political influence around the world.

Not surprisingly, in China, those U.S. and European fears are quickly dismissed.

Understanding these different perceptions is very important given how high the stakes are, both for the member states in places like Africa and the international system as a whole.

“More than any other project, [BRI] has come to symbolize a new phase in China’s rise, the moment when Beijing embraces its role as a new superpower, capable of remaking the world economy and attracting other countries to its own economic orbit and ideological model,” said Portuguese minister and Hudson Institute fellow Bruno Maçães in his new book “Belt and Road – A Chinese World Order.”

“The map tells a simple story of power and influence. More than a project or an initiative, the Belt and Road is a movement, representing the show but ineluctable expansion of Chinese power.” — Bruno Maçães, author of Belt and Road: A Chinese World Order

In our ongoing series that explores different interpretations of the BRI, Eric and Cobus are joined this week by Zhu Zheng, an international affairs columnist for the financial newspaper Caijing and a research fellow at the China-Eastern Europe Institute. Zhu has traveled across Belt and Road countries in Asia, the Americas, and Eastern Europe and writes extensively on the subject for his readers in China. 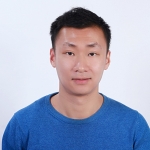 Zheng Zhu is an independent analyst who focuses on risk analysis, emerging markets, and Chinese outbound investment. He provides in-depth analysis for Chinese investors on international stock markets, real estate and political economy for countries along the Belt and Road Initiative. Zhu is also a columnist on international affairs for the Chinese financial newspaper Caixin and he’s also a research fellow at the China-CEE Institute, the first Chinese think tank that is independently registered in Europe. He’s been to more than 40 countries and is now doing a six-month field study on Chinese investments in Europe from Serbia to Belarus. 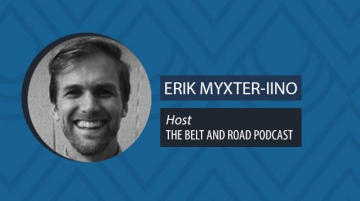 37 foreign heads of state came to Beijing this week to take part in the second Belt and Road summit hosted ...

China’s unprecedented expansion across Africa encountered a dramatic setback this past week with the kidnapping of dozens of its nationals in both Egypt and Sudan. In all, over 50 Chinese workers were taken ...