A series of powerful forces, continents away from one another, are conspiring to devastate the vast rain forests that blanket the Democratic Republic of the Congo. There are trees in those forests whose wood is particularly celebrated in China for its color and durability. With the Chinese middle class continuing to expand, the demand for higher quality products, such as furniture, is also growing.

In the eastern DRC, there are not many opportunities for young men to earn a living. So when Chinese traders arrive in their villages, cash in one hand and illegal logging permits in the other, there usually is not much concern for the sustainability of the forests. Given there is effectively no functioning government to regulate the logging of bloodwood trees, environmentalists fear that it is a free-for-all with loggers cutting as fast as they can.

The bloodwood tree, named because of the blood-red oil that oozes when cut, is especially prized by Chinese consumers for its distinctive color. Similarly, the tree takes decades to fully grow and is particularly important among elephants, bonobos and chimpanzees among other wildlife who all rely heavily on this particular tree. However, as we know from ivory, rhino horn and lion bones, whenever there is massive Chinese demand for an African wildlife product, there is a very good chance that item will soon be added to the endangered species list.

Shi Yi is a Shanghai-based journalist for the English-language Chinese news website Sixth Tone. She Yi has an extensive background in covering China-Africa environmental issues and she was also awarded the 2015 Environmental Journalist of the Year in China. She Yi recently reported on the bloodwood tree crisis from both the DR Congo and the port cities in China where the timber was exported to in the PRC. She joins Eric & Cobus to explain why this latest Sino-African environmental crisis is so important and what she thinks can be done to help stem the flow of illegal African timber into China. 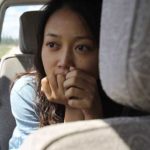 Shi Yi is a Shanghai-based journalist who reported on the environment for Thepaper.cn since its launch in 2014, covering topics such as biodiversity and climate change. Since 2016 she has written for its English-language site Sixth Tone, also owned by the Shanghai United Media Group.
Kalamely Nature Reserve in Xinjiang has been repeatedly diminished to allow for mining, putting rare wildlife at risk. Thepaper.cn journalist Shi Yi filed a series of reports on this, bringing the case to the attention of central government. A subsequent memo from Xi Jinping resulted in an undercover visit by Party Central Committee investigators, as well as a public visit by Zhang Chunxian, Xinjiang Party Secretary, during which plans for the most recent reduction of the reserve were halted. At the end of 2015 the plans were scrapped for good.

This, and other outstanding reports by Shi Yi, won her the Journalist of the Year award. In the southern Africa country of Namibia she investigated the illegal trade in ivory, posing as a buyer to make contact with traders of illegal animal products. On publication of her report local police raided an illegal marketplace. Such reports bolster the international fight against poaching and demonstrate China’s increased awareness of her international responsibilities.

Why China Will Not Dominate FDI in Gabon

Gabon is that tiny country along the central west Africa that is often overlooked by its larger, more controversial and considerably more powerful neighbors.  With only 1.5 ... 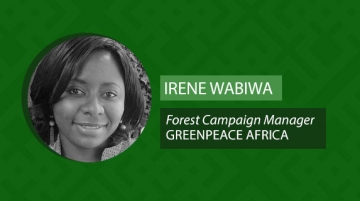 Cameroon’s rainforests are rapidly vanishing due to widespread corruption, according to a new report from Greenpeace Africa. The environmental ... 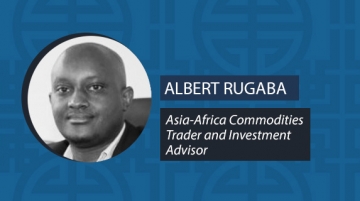 China-Africa trade rebounded in 2018 after several years of steady declines. Trade between the two regions last year increased by nearly 20% to $204 billion, ...
Previous Story: Chinese Tourist Arrivals in Africa Are up, so Why Aren't African Travel Companies More Excited?
Next Story: Is China a Partner or Predator in Africa (or Both)?