The financial implosion in Venezuela is prompting growing concern in Beijing that China may have been too ambitious in its drive to loan billions of dollars to high-risk countries throughout the global south. Persistently low oil prices combined with corrupt, incompetent leadership in Caracas have pushed the country to the brink of economic collapse. The dire situation in Venezuela raises the real possibility that for the first time a country will default on its to debt to China. Far more worrisome for Beijing, though, is that other countries in Latin America and Africa could soon follow Venezuela’s example.

Since 2000, the Chinese government, banks and companies have issued over $86 billion of loans in Africa. In many instances, that debt is secured against oil, minerals and other natural resources — and that’s the problem. Commodity prices have been low for years now, making it even more difficult for those highly-leveraged African states to repay these enormous Chinese loans.

In Angola, for example, much of the country’s oil exports are being used to repay at least $20 billion in Chinese loans. That means the country is not actually earning any real money (cash that is) from its oil exports prompting a liquidity crisis that is also fueling inflation. Similarly in Kenya, China is now the country’s largest creditor and owns over half of its external debt.
Professor Matt Ferchen of the Carnegie-Tsinghua Center in Beijing is among a growing number of experts who warn that Chinese leaders really need to understand what is happening in Venezuela so they can help prevent similar financial calamities from unfolding in Africa. Matt joins Eric & Cobus to discuss the risk of too much Chinese debt in Africa. 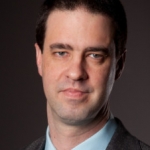 Matt Ferchen is a resident scholar at the Carnegie–Tsinghua Center for Global Policy, where he runs the China and the Developing World Program. His research focuses on the governance of China’s urban informal economy, debates about the “China model” of development, and economic and political relations between China and Latin America.
Ferchen is also an associate professor in the Department of International Relations at Tsinghua University, where he teaches undergraduate and graduate courses on international and Chinese political economy as well as on China–Latin America relations.
Ferchen is a Truman and Fulbright-Hays fellow. His work has appeared in numerous publications including the Review of International Political Economy and the Chinese Journal of International Politics. Ferchen has lived, worked, and conducted research in China and Latin America.

Aside from the politicians who attended the Forum on China-Africa Cooperation summit in Beijing earlier this, seemingly few others were pleased to hear that China ...

China Says it Believes in Debt Sustainability, Just Not the Way Everyone Else Does 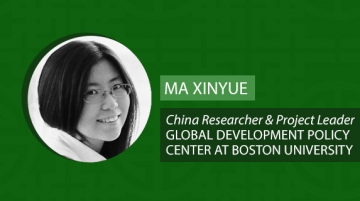 Countries around the world, particularly in Africa, are taking huge amounts of Chinese debt to build badly-needed infrastructure but often without a plan on how ... 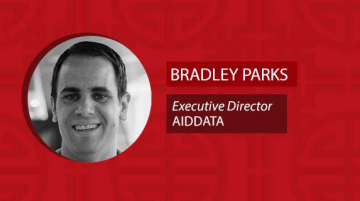 A groundbreaking new analysis by researchers in the United States and Germany provides an unprecedented look inside the contracts that China uses to lend billions ...
Previous Story: Namibia's Chinese Ivory Smugglers
Next Story: China Was Once a Hot Destination for African Migrants, Not Anymore