African countries are once again binging on foreign debt. Across the continent, external debt has risen sharply, by almost 50% since 2010 according to data from the World Bank, to an estimated 416 billion dollars. Unlike 20–30 years ago when Africa turned to the west for cash, today China is the creditor of choice.

The Chinese are shelling out massive loans for ambitious infrastructure and development projects across the continent. Although the vast majority of these loans are concessional, that is they have very low interest rates, the money still needs to be paid back either in cash or, as is often the case in Africa, with natural resources.

Last week’s launch of the highly anticipated Standard Gauge Railway (SGR) in Kenya was widely hailed as a milestone by Chinese and Kenyan officials. The 427 km railway is the first major rail line built in Kenya since the famed “Lunatic Express” line was built by the British over a century ago. Although the SGR is helping to repair Kenya’s badly-dilapidated rail infrastructure, critics contend that the 3.25 billion dollar price tag is just too expensive.

Undeterred by his critics, Kenyan president Uhuru Kenyatta celebrated the debut of the Nairobi to Mombasa line, “today, 122 years later and despite again a lot of criticism, we do not celebrate the Lunatic Express but the Madaraka Express that will begin to reshape the story of Kenya for the next 100 years,” he said at the SGR’s opening ceremony on Wednesday.

For people old enough to remember the debt-crises of the 1980s and 1990s, there is an eery sense of “uh oh, here we go again” as Kenyatta and many of his African counterparts grab these low-interest Chinese loans with both hands.

Even as the media and politicians from both countries fawned over the SGR launch, the issue of the railway’s cost and the subsequent debts loomed ever larger. By the end of the week, the Chinese apparently felt they had to respond to critics with a series of high profile reassurances that this new infrastructure will actually help Kenya to repay its debts. “The investment will give the money back since SGR is the largest infrastructural project in Kenya and it will lead to economic growth of the whole region, which means that the debt will be paid,” said Chinese Vice Foreign Minister Zhang Ming. 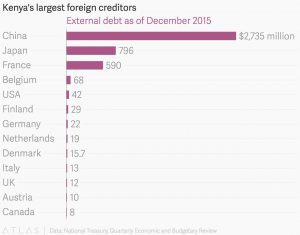 Kenya’s debt to China is steadily rising. The Chinese, according to the World Bank, now own 57% of the country’s 416 billion dollar external debt. Kenyatta, for his part, does not seem too concerned by borrowing even more money from the PRC. In May, the president signed a deal during his latest trip to Beijing for an additional 3.59 billion dollars to build the next phase of the SGR from Naivasha to Kisumu.

For people old enough to remember the debt-crises of the 1980s and 1990s, there is an eery sense of “uh oh, here we go again” as Kenyatta and many of his African counterparts grab these low-interest Chinese loans with both hands. Given the desperate need to build infrastructure under more favorable conditions with the Chinese maybe this time it’s different. Maybe. Or maybe not.

Nairobi-based international development economist and weekly columnist for the Kenyan newspaper Business Daily, Anzetse Were, is among a growing number of analysts who are becoming increasingly concerned about the prospect of a new African debt crisis. Anzetse joins Eric & Cobus from Nairobi to explain why she’s worried that African states are not rapidly reforming their economies so as to generate the revenues needed to repay the billions of dollars in Chinese loans. 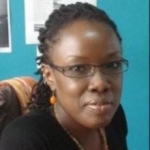 Anzetse Were is an economist, researcher and analyst with over 10 years of experience working in Africa on development economics, economic analysis and research, impact investment and enterprise development. Were is a weekly columnist for the Business Daily Africa whose work has also appeared in both local and international publications and websites. Her expertise in development economics has been sought out by local and international media houses such as BBC, CNBC Africa, The Economist, The Financial Times and local media houses. 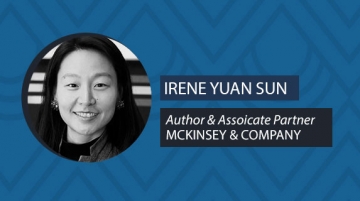 Author Irene Yuan Sun argues in her now book that Africa is poised to become the world’s next manufacturing boosted by Chinese investment ... 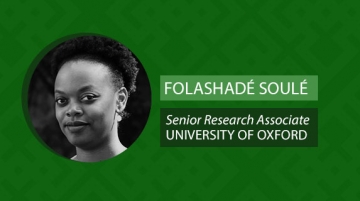 Africa’s rising indebtedness to China is prompting concern across the continent that governments need to do a better job negotiating infrastructure financing deals. Too often, ... 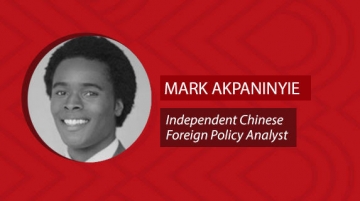 China’s critics, led largely by the United States, are determined to warn developing countries about the risks of borrowing too much money from Beijing. They ...
Previous Story: [AUDIO] The U.S. & China Spend Millions Fighting Malaria in Africa, so Why Don’t They Work Together?
Next Story: Can the U.S. Under Donald Trump Compete With the Chinese in Africa?