If you are an African football fan then there is no better place to be these next few weeks than in the Gabonese capital Libreville where tens of thousands are flocking to the city’s brand new Stade de l’Amitié or friendship stadium. Gabon is co-host of the 2012 Africa Cup of Nations football tournament and each night during the competition the 35,000 seats of the capital’s new stadium are filled with football fans from across the continent.

Add the stadium in Gabon to a long list of similar stadiums built by the Chinese not only across Africa but also in the Caribbean, the Americas and South Asia among other places. Beijing’s so-called stadium diplomacy is a well-established fixture of China’s soft-power foreign policy.
The Canadians, Spaniards, Greeks and even the Chinese themselves with the now infamous Birds Nest stadium in Beijing have learned the hard way that investing in mammoth stadiums (Olympic and otherwise) really do not make good public investments. In the United States as well, there is a growing consensus that stadium construction may make for good politics but rarely do the economics add up.

It is hard to imagine that the Gabonese will have any more luck filling their newly-built, Chinese-funded stadium, with any more events that similar venues in much larger cities where athletic events and large concerts are more frequent. Therefore, it’s safe to conclude that the economics of these projects really just don’t matter and it’s the politics (diplomacy for the Chinese) that really counts.

One has to wonder though if any of those Africa Cup of Nations fans at the Stade de l’Amitié in Libreville know, or really care for that matter, who paid for their new football coliseum?  At the end of the day, it’s a new stadium and that’s all that matters. How it got there and who paid for it are likely of little importance.

Recommended reading: don’t miss the very insightful research of Johanna Jansson, Christopher Burke & Wenran Jiang from the Centre for Chinese Studies at Stellenbosch University in their August 2009 report on “Chinese companies in the extractive inudstries of Gabon & the DRC: perceptions of transparency.” 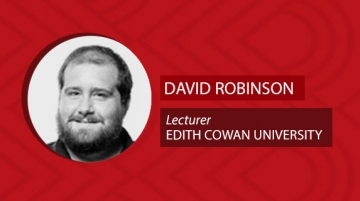 In this edition of the “China in Africa” podcast, host Eric Olander speaks with Africa scholar Dr. David Robinson, Phd. of Western Australia’s Edith Cowan University about his recent article 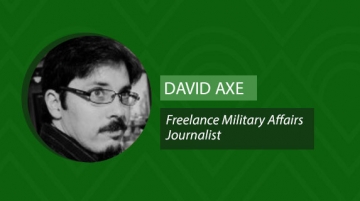 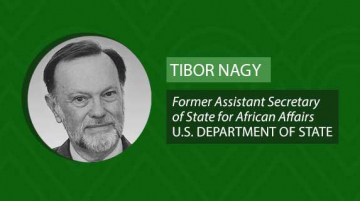 The Chinese “are kicking our tails everywhere” warned Tibor Nagy in a recent column published in the Lubbock Avalanche-Journal newspaper in Texas. The former ...
Previous Story: China's Big Media Push in Africa
Next Story: China Grapples with 'Hostage Politics' in Africa