There is a certain irony when a U.S. envoy travels to Africa to warn his hosts about the dangers of borrowing money from China. The United States, after all, is the world’s most indebted country and borrows more from China than any other nation in the world. In fact, China owns more than a trillion dollars of U.S. debt, nearly 20% of Washington’s $6.3 trillion of outstanding debt owned by foreigners. 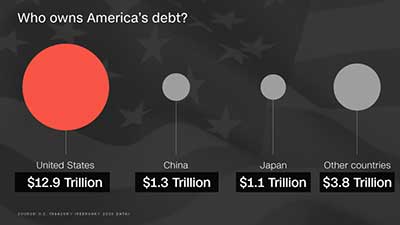 So while it may seem obvious that U.S. Secretary of State Rex Tillerson is probably not the best person to lecture other countries on the merits of fiscal discipline, that apparently was not the case during the secretary’s most recent visit to Africa.

“It is important that African countries carefully consider the terms of those agreements (with China) and not forfeit their sovereignty,” said Tillerson at a press conference in Addis Ababa midway through his five-nation African tour. Tillerson then went on to speculate that if a Chinese-financed loan “gets into trouble,” African borrowers could then “lose control of its own infrastructure or its own resources through default.” He did provide any evidence to support this assertion.

“Chinese investment does have the potential to address Africa’s infrastructure gap, but its approach has led to mounting debt and few, if any, jobs in most countries. When coupled with the political and fiscal pressure, this endangers Africa’s natural resources and its long-term economic political stability.” — U.S. Secretary of State Rex Tillerson

The issue of Africa’s surging debt levels is indeed an important concern and there is some validity to the concern that when any country, large or small, borrows too much money then sovereignty issues can arise. The main point here is whether the United States, given its own massive indebtedness to the Chinese, is well-positioned to make this a central focal point of its engagement strategy in Africa.

Brooks Spector, for his part, doesn’t think so. The Johannesburg-based former U.S. diplomat is now an Associate Editor at the Daily Maverick newspaper, one of South Africa’s most well-respected publications, where he writes extensively on U.S.-Africa politics. Brooks joins Eric to discuss Tillerson’s recent African trip and the politics of debt. 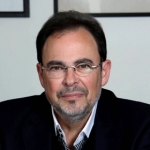 Brooks Spector settled in Johannesburg after a career as a US diplomat in Africa and East Asia. He is currently an Associate Editor at the Daily Maverick newspaper and previously taught at the University of the Witwatersrand, been a consultant for an international NGO, run a theatre, and is a regular commentator for South African and international print/broadcast/online media.

For the first time an American president is convening a summit of almost every African head of state. The stated goal of Barack Obama’s US-Africa ...

The difference between the U.S. and Chinese foreign policies in Africa was on stark display in July when president Barack Obama made his landmark visits ...
Previous Story: How the World's Most Trafficked Animal Is Caught in Africa and Sold in Asia
Next Story: China No Longer Afraid to Challenge Critics of Its Role in Africa