For much of the past twenty years, China’s strategy in Africa could easily be summarized in two words: invest and extract. Today, that is no longer the case as China’s agenda in Africa, and throughout much of the global south, has broadened significantly in pursuit of Beijing’s military, humanitarian and geopolitical interests.

While investment and resource extraction still play an important role in China’s African policy, these economic motivators are definitely not as important as they were even just a few years ago. Evidence of this can be found in the Sino-African trade and FDI data that reveal steady declines over the past several years.

Whereas five to ten years ago, Chinese companies didn’t have as many options on where they could invest, so Africa’s relatively open markets were rather appealing. Now, with the development of Beijing’s hugely ambitious One Belt, One Road (OBOR) global trade initiative, the government is “encouraging” (read: pressuring) Chinese companies to diversify their investments to support OBOR in other parts of the world including Central and South Asia, the Middle East and Eastern Europe among other regions.

Although China may be losing some interest in Africa in terms of trade and economics, that does not necessarily mean that the continent’s overall importance to Chinese foreign policy is diminishing. The recent state visits in Beijing of leaders from Cameroon, Namibia, and Zimbabwe, all in just the past month, suggests that Chinese president Xi Jinping places a high degree of importance on his government’s relations with Africa, both at the national and regional levels.

“China’s deepening trade ties with the developing world, massive financing for projects in other states through its Asian Infrastructure Investment Bank, and expansive vision for connectivity via its Belt and Road Initiative, suggest a 21st century order that eventually may have Beijing at its center.” — Joshua Kurlantzick, senior fellow at the Council on Foreign Relations

“I would say the political-military relationship is the emerging area of interest that I think we are going to see more in the future,” said Joshua Eisenman, a China-Africa scholar at the University of Texas in Austin and a senior fellow for China studies at the American Foreign Policy Council in Washington, D.C. Professor Eisenman is among a growing number of scholars who are carefully watching the evolution of China-Africa relations in the new Xi Jinping era. 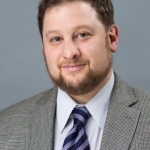 Joshua Eisenman’s (马佳士) research focuses on Chinese politics and foreign relations with the United States and the developing world—Africa in particular.

Dr. Eisenman’s forthcoming book, “Red China’s Green Revolution: Technological Innovation, Institutional Change, and Economic Development Under the Commune” (Columbia University Press, 2018), applies economic and political theories to explain the political economy of rural China during the Mao era. Working with Eric Heginbotham, has he also co-edited “China Steps Out: Beijing’s Major Power Engagement with the Developing World” (Routledge, 2018), which analyses China’s strategies in various regions of the developing world and evaluates their effectiveness. Dr. Eisenman’s second book, “China and Africa: A Century of Engagement” (University of Pennsylvania Press, 2012), co-authored with David H. Shinn, was named one of the top three books about Africa by Foreign Affairs. He is also co-editor of “China and the Developing World: Beijing’s Strategy for the 21st Century” (M.E. Sharpe, 2007).

Dr. Eisenman work has appeared in numerous publications including Foreign Affairs, the Wall Street Journal, Foreign Policy, The National Interest, Current History, and Journal of Contemporary China. He has been a visiting faculty member at Fudan University (2017), Peking University (2016), and NYU-Shanghai (2011-12), and served as a policy analyst on the U.S.-China Economic and Security Review Commission and as a fellow at the Carnegie Council for Ethics in International Affairs and at the New America Foundation.

China’s hugely ambitious Belt and Road Initiative (BRI) is often described as being more of an idea than an actual policy. Depending on whom you ... 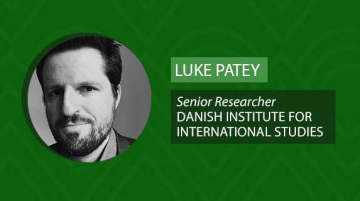 Although China has successfully leveraged its strengths in COVID-19 vaccine production to replenish its reservoir of goodwill in many developing countries, elsewhere Beijing is facing ... 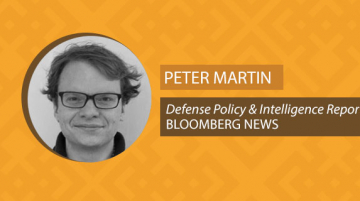 Chinese diplomats around the world are comprised of a mix of reclusive bureaucrats who strenuously avoid public engagement and a new generation of assertive, sometimes ...
Previous Story: Why Africa Should Be Watching Political Shifts in China
Next Story: Angola: China's Risky Gamble in Africa