One of the prevailing media narratives of China’s recent economic turmoil is the effect that it could have on emerging markets, particularly in Africa. Now that the Chinese economy is showing real signs of slowing, the story goes, Beijing will soon pull back on the billions of dollars in investments and purchases that it makes from commodity-exporting African markets.

While there is no question that China’s demand for iron ore, petroleum and other raw materials will inevitably be reduced as demand in the PRC slows, it nonetheless remains highly speculative as to just how severe the impact might be in Africa. What so much of the reporting, largely from the West, seems to overlook is just how active Beijing has been in recent months in its commercial diplomacy both in Africa and elsewhere in the developing world. Most recently, president Xi Jinping announced a $2 billion package of aid and development global anti-poverty initiative that will likely include significant loan forgiveness for a number of lesser developed African countries.

Conversely, a growing number of African economists believe that reduced Chinese economic engagement on the continent provides a unique opportunity for African leaders to initiate badly-needed economic reforms that could strengthen their domestic economies and reduce dependency on international investment.

Thembinkosi Gcoyi, Managing Director of Pretoria-based Frontline Africa Consulting, is among those who sees a unique chance for Africa to realign its economic priorities, both with China and the West. Gcoyi is a former diplomat who spent four years as an economic counselor at the South African embassy in Beijing and he joins Eric & Cobus to discuss his outlook for African-Chinese economic relations. 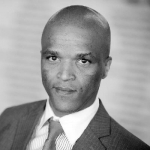 Thembinkosi Gcoyi  is the Managing Director and Co-founder of Frontline Africa Consulting. He previously served as the Economic Counselor in the Embassy of South Africa to the People’s Republic of China. In this role Gcoyi worked as an interface for the South African government on bilateral relations, as well as private sector from both countries. Through this role, he gained invaluable experience on the intricacies, opportunities and constraints inherent in the relationship. His role also involved working with both SADC and the African Group of Ambassadors in Beijing. The latter role had a large focus on advising on Africa-China relations and how Africa can better participate in the Forum on China-Africa Cooperation.

It hasn’t even been a month since Chinese president Xi Jinping was in South Africa for the triennial FOCAC confab where he unveiled a massive ...

Anzetse Were on the Current State of China-Africa Economic Relations 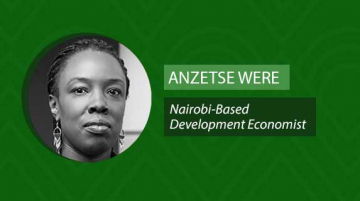 China-Africa trade figures for the first eight months of the year are in and they look solid. So good, in fact, that the two sides ...
Previous Story: How China's Economic Slowdown Will Impact Africa
Next Story: Niger and the Politics of Chinese Oil Deals in Africa