There’s a pretty good chance that some of the clothes you’re wearing, the shoes on your feet and even the device you’re using to read this were made in China. Even as its economy slows, China remains the world’s factory, churning out billions of dollars every year of goods. The government, though, wants to change this which could be a huge opportunity for countries like Ethiopia and Africa as a whole.

As China transitions its economy from manufacturing to services, 85 million jobs will be up for grabs as a lot of that industrial production looks for a new home. Ethiopia, for its part, is aggressively positioning itself as a destination for some of that Chinese manufacturing.

Ethiopia, and Africa in general, may be a tough sale for manufacturers who are always looking to keep costs as low as possible. Compared to regions like Southeast Asia, where most of the outbound Chinese manufacturing is going, Ethiopia’s infrastructure is less developed, its work force is less educated and its supply chain networks are not as a robust.

But none of Ethiopia’s challenges seems to discourage Helen Hai. Helen is the exuberant CEO of the Made in Africa Initiative and former vice president of the Chinese shoe-making giant Huajian. Back in 2011 she set up the company’s first factory in Addis Ababa where today 4,000 workers produce 7,500 pairs of shoes for famous brands like Guess, 9West and many others.

Helen believes the success of Huajian in Ethiopia is just the beginning. She points to the country’s ability to attract Chinese auto manufacturers and other heavy industry as evidence that not just Ethiopia but Africa in general is well-positioned to pick up some of that industrial production that is now leaving China.

Helen joined Eric & Cobus to discuss the future of industrial production in Africa and why she thinks “Made in China” could one day become “Made in Africa.” 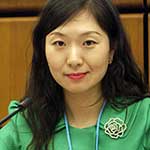 Helen Hai is the CEO of the Made in Africa Initiative and adviser to the governments of Ethiopia, Rwanda, and Senegal for investment promotion and industrialization. She is a senior adviser on South-South cooperation for the International Finance Corporation (IFC) and works closely with the UK’s Department for International Development (DFID), the World Bank, the Gates Foundation, the Tony Blair African Governance Initiative and other multilateral players involved in development issues in Africa.

Hai is an experienced business executive and an expert in the field of development. For over two years, she worked in Ethiopia where she served as the Vice President and General Manager for overseas investment for the Huajian Company, one of China’s biggest shoe makers. The shoe factory she established in the capital, Addis Ababa, started production in January 2012 and, within two years, employed 3,500 workers. She has recently launched the Made in Africa Initiative with the aim of assisting African countries to capture the opportunity of inclusive and sustainable industrial development. As UNIDO’s Goodwill Ambassador, HAI Helen will focus on Africa’s industrialization.

Hai was trained as an actuary in the United Kingdom and previously served as Vice President and Chief Actuary for Zurich Financial Services in China. She has an EMBA from INSEAD and Tsinghua University. 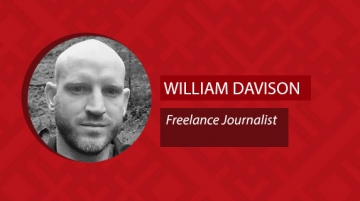 Newly-built industrial parks are popping up across Africa as part of a new effort to pick up some of the estimated
Previous Story: Outrage Over the #RacistChineseAd: What Did We Learn?
Next Story: China's Ambitious New 'Silk Road' Trade Route Takes Shape in Africa