The December China-Africa leaders summit in Johannesburg culminated the end of what was a very busy year for Chinese president Xi Jinping and his foreign policy team. In many ways, 2015 marked a significant turning point in China’s increasingly ambitious global agenda as Beijing deepened its engagement in global institutions while simultaneously seeking to influence the international order more in its favor.

In Africa, China played a critical role in the battle against Ebola, conducted its first overseas deployment of combat troops to South Sudan as part of the UN force there, signed a lease for its first overseas military installation in Djibouti, pushed for an expanded use of its currency on the continent in countries like Nigeria and Zimbabwe and unveiled a massive $60 billion financial package for Africa at the FOCAC summit in Johannesburg.

Africa, though, is a bright spot in China’s otherwise tense and complicated international relations. In Asia, China’s territorial claims to vast parts of the disputed South China Sea has further riled its neighbors and prompted a potentially dangerous military stand-off with the United States. While tensions with the US rose significantly this past year over issues ranging from cyber attacks to trade, there were also a number of bright spots in Sino-US relations. The two countries appeared to make significant progress in climate talks and global finance when the yuan was added to the IMF’s basket of major world currencies.

The murder of a Chinese national at the hands of ISIS followed by an al-Qaeda attack at a hotel in Mali pushed terrorism to the top of China’s foreign policy agenda in late 2015. While the US and China have radically divergent strategies on how to combat terrorism, China recognizes that it will have to cooperate with the US and Europe on security issues in the Middle East and North Africa given Beijing’s reliance on imported oil from the region.

All of this took place in a year when the Chinese economy began to sputter as the bubble on the Shanghai stock exchanged finally popped, industrial output slowed dramatically and a flood of Chinese money poured out of the country. Additionally, the US Federal Reserve’s December rate hike also prompted the Chinese yuan to devalue, adding more pressure on China’s trading partners in Africa and beyond who are already overwhelmed by low-cost Chinese imports.

It was a busy year indeed. Every week, longtime China-watcher Bill Bishop tries to make sense of it all as the editor of the popular Sinocism email newsletter. Bishop spent a decade in Beijing observing, consulting and writing about Chinese politics. Earlier this year, he moved to Washington, D.C. where he joined Eric & Cobus to share his outlook for the year ahead in Chinese international relations. 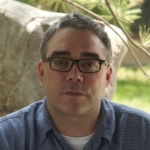 Bill Bishop is the writer of the Sinocism weekly email newsletter, where he collects links to news and interest pieces on China, and Digicha, where he writes about Chinese Internet and digital media. He is bilingual in English and Mandarin Chinese and has experience working in both the U.S. and China.

Bishop co-founded CBS MarketWatch in 1997 and stayed until its sale in 2004 to Dow Jones. He has worked in several business roles over the years, the last as head of the MarketWatch consumer Internet business. He is currently an investor in and advisor to several start-up companies and provides China consulting services. Most recently, Bishop was CEO of Red Mushroom Studios, a Beijing-based developer and operator of online games.

Bishop formally studied Chinese language for six academic years and  has an M.A. in China Studies from Johns Hopkins SAIS and a B.A. from Middlebury College. He has lived and worked in China on and off for over eight years since 1989, and continuously in Beijing since mid-2005. He is often quoted in major media such as Bloomberg, the Financial Times, The Wall Street Journal, Reuters, The New York Times, and other publications.

In addition to writing Sinocism and Digicha, Bishop is an active user of Twitter @niubi and Sina Weibo @billbishop. He was named by Foreign Policy magazine as one of the top 100 foreign policy Twitterati and by Danwei as Twitter “Model Worker of the Year” for 2012.

Tanzania's President Knows How to Play the China Card

Depending on who you speak with, China’s engagement in Africa is often described in extreme terms as either the best thing to ... 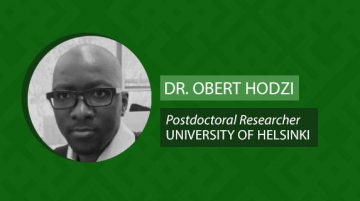 For much of the past half-century, China differentiated itself from other major powers through its non-interference doctrine that dictated Beijing would ...
Previous Story: 'China is Doing More to Protect Elephants Than Africa'
Next Story: Africa Feels the Chill of China's Cooling Economy