In this edition of the “China in Africa” podcast, host Eric Olander speaks with Kinshasa-native and veteran Congolese television producer Tunga “Mimi” Mbia about the remarkable growth of the city’s Chinese community.  Just five years ago, the Chinese presence in Kinshasa was insignificant. Today, tens of thousands of new immigrants reside in the capital where they have opened small businesses, work on the major construction projects and are assimilating themselves into daily Congolese life with unprecedented speed.  Yet despite their impressive numbers, the Chinese are now part of a complex matrix of Kinois race relations that offers both promise and peril.

Mbia says it’s still early going for the Chinese in Kinshasa and “so far so good” but problems will arise quickly if the Chinese are perceived as untrustworthy.

When I lived in Kinshasa, I asked a Congolese colleague of mine about what he thought would happen after the Chinese have finished their infrastructure projects

and eventually go home.  He paused, smiled wryly and said “they’re not leaving.  They’re putting down roots to stay.”  He is absolutely right.  When one examines the socio-economic background of the Chinese immigrants coming to Kinshasa, and across Africa, it becomes quickly apparent these new migrants have no intention of returning to China.  In many cases they are as poor as their new Kinois neighbors and will simply not have the means to return even if they did want to go back.   Moreover, it is worth noting that the volume and speed with which the Chinese are immigrating to Africa’s largest cities are unprecedented.  According to statistics in the book “China Safari,”  in 2008 there were an estimated 750,000 Chinese living in Africa, more than the French ever had even at their colonial reign.   With online Chinese bulletin boards like “Chinese in Africa” advertising jobs and labor migration agencies, there is no indication the flow of Chinese immigrants will slow anytime soon.

Simply put, the Chinese migration to Africa will have a transformational impact on the economy, politics and culture of African societies across the continent. 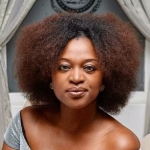 Mimi is the former Executive Producer of the popular Congolese dramatic television series “Rien que la Verité” (Nothing but the Truth).   She’s worked behind the camera, as a documentary director (Miseducating the World: The Misrepresentation of Africans in the Media), and a production assistant for Spike Lee’s production company 40 Acres and a Mule. She’s also worked in front of the camera, as a presenter for Imagine Afrika, a pan-African reality show, and as a VJ for MTV Europe.

China's Massive Mining Deal in DR Congo is Back on Track

The controversial Sino-Congolese mining deal Sicomines has been revived thanks to new financing from China’s Exim Bank. This is one of Beijing’s biggest natural resources-for-infrastructure ... 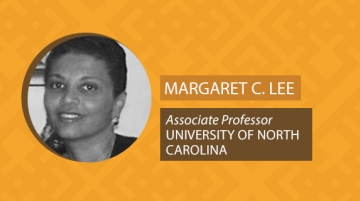 Tens of thousands of independent, small-scale Chinese merchants are “invading” Africa’s informal economy, posing a long term economic risk for the continent according to University ...
Previous Story: The Coming Sino-African Revolution
Next Story: China in Africa: Understanding the “Negative Narrative”