China is steadily expanding its military footprint in Africa, highlighted by the recent deployment of 700 combat-ready troops to join a multinational peacekeeping operation in South Sudan. In all, the People’s Liberation Army and Navy now have an estimated 2,700 soldiers, sailors, engineers and medical staff stationed across the continent.

The number of troops deployed in Africa is extremely small, even insignificant, in the broader context of the massive Chinese military. However, a discernible trend is becoming increasingly apparent as Beijing expands the range of operations that its forces are engaged in Africa to include post-conflict stabilization (Mali), medical humanitarian missions (Liberia), on-going conflict stabilization (South Sudan) and anti-piracy operations (Somalia) among others. In all, Chinese military personnel are now involved in 7 out of 9 UN peacekeeping operations on the continent, the most of any permanent Security Council member.

Although it will be a long time, if ever, that China’s small military footprint will rival those of the United States and European countries in Africa, the steadily rising number of PLA/PLAN forces on the continent may indeed have profound consequences. Africa appears to be the theater of operations that is testing two bedrock principles of Chinese foreign policy: 1) The long-held non-interference doctrine and 2) no overseas military bases.

Ambassador Shinn received his BA (1963), MA (1964), and PhD (1980) from George Washington University. He has a certificate in African studies from Northwestern University. He served for thirty-seven years in the US Foreign Service with assignments at embassies in Lebanon, Kenya, Tanzania, Mauritania, Cameroon, Sudan and as ambassador to Burkina Faso and Ethiopia. He has been teaching in the Elliott School since 2001 and serves on a number of boards of nongovernmental organizations.

An expert on the Horn of Africa, Dr. Shinn speaks at events around the world. He is the coauthor of China and Africa: A Century of Engagement, the Historical Dictionary of Ethiopia, and has authored numerous articles and book chapters. His research interests include China-Africa relations, East Africa and the Horn, terrorism, Islamic fundamentalism, conflict situations, U.S. policy in Africa, and the African brain drain. 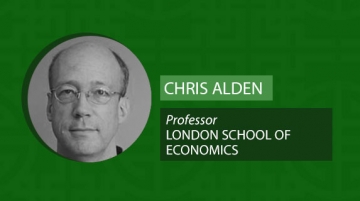 With some 3,300 military personnel under U.N. command in Africa, China today has more troops deployed to multinational operations than any other permanent member ... 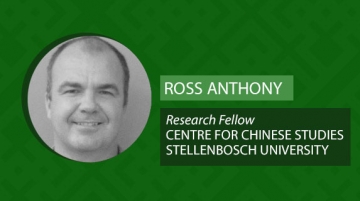 While US and Chinese interests often have divergent interests in Africa, they do share at least one common enemy: terrorism. Chinese nationals have been kidnapped ... 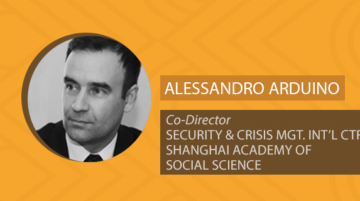 The recent kidnapping of three Chinese miners in the southwestern Nigerian state of Osun highlights the vulnerability that confronts the Chinese in many ...
Previous Story: China Starts to Play Nice with Foreign Aid Partners
Next Story: China, Africa and the Indian Ocean: A New Balance of Power