While the recent economic turmoil in China is prompting a number of African countries to reconsider their growing economic dependence on the PRC, not so in South Africa. Both the government and the ruling African National Congress (ANC) party have seemingly found their geopolitical soul mate in China.

South Africa’s leadership speaks glowingly of China’s political system that fuses the interests of the ruling party with that of the government. Now, Pretoria is working closely with Beijing to import many of the Chinese governing practices back to South Africa.

This Sino-South African collaboration is happening across a number of different levels that range from Pretoria considering how it can reform its state-owned enterprises based on the Chinese model to the ANC working with the CCP to build a new training academy to the government integrating Mandarin language studies into the country’s national curriculum.

This blooming bilateral relationship will be on full-display when South Africa hosts the 6th Forum on China-Africa Cooperation (FOCAC) summit on December 4 and 5 in Johannesburg. Together with visiting Chinese President Xi Jinping, Zuma will co-host the event that almost every African head of state is expected to attend.

On one level, the relationship makes total sense: after all this is the world’s second-largest economy aligning itself with Africa’s second-largest market. Sure. That said, something else just doesn’t seem right about how this is all playing out. South Africa appears to be ignoring any sense of caution with its unconditional embrace of China — both politically and economically.

Johannesburg-based Mail and Guardian Associate Editor Phillip de Wet has been reporting extensively on the new Sino-South African ‘love affair.’ He joins Eric & Cobus to discuss how many of the South African leaders who seem so taken with China, don’t know actually know that much about the Chinese.

Phillip de Wet writes about politics, society, economics, weird stuff, and the areas where all of these collide.Over the past decade and a half, he has also written about telecommunications, sexually transmitted diseases (STDs), property development, civil liberties, riot policing, mining, movies, the media, and UFOs, among other topics.But never about serious sport, which he knows nothing about.He studied journalism and has never been anything other than a journalist, except for ill-considered stints as a media trainer and starting up new newspapers, magazines and websites, a suspiciously large percentage of which are no longer in business. PGP fingerprint: CF74 7B0F F037 ACB9 779C 902B 793C 8781 4548 D165 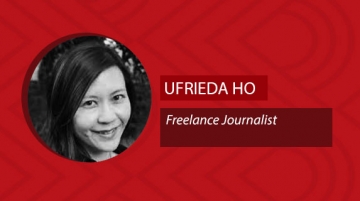