South Africa’s opposition party, the Democratic Alliance (DA), now sees the ruling African National Congress (ANC) party’s close ties to China as a vulnerability that the DA aims to exploit. Evidence of this new strategy came in December when the DA mayor of Pretoria, Solly Msimanga, made an independent trip to Taiwan, sparking immediate outrage from the Chinese government, the South African foreign ministry and the ANC who all decried it as a violation of SA’s commitment to the “One China Policy.”

Msimanga did not go to Taiwan to rattle the Chinese or even make a statement on Pretoria’s foreign policy priorities, according to political analysts. Instead, his intent was laser-focused on hitting the ANC and president Jacob Zuma where they are vulnerable: China.

Over the past five years, Zuma has decidedly shifted South Africa away from the West and towards China. The move should not come as a surprise given that China is now South Africa’s largest trading partner and one of its largest sources of foreign investment. The relationship, though, between these countries goes deeper than just trade and economics. In many was, Zuma is modeling South Africa’s political system on China’s where the power of the state is fused together with that of the ruling party.

Independent Johanessburg-based journalist Ufrieda Ho has been following the political drama set off by Msimanga’s Taiwan visit and how China is fast becoming a divisive political issue in South African politics. 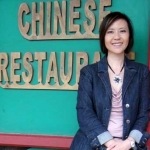 Ufrieda Ho is an independent Johannesburg-based journalist. Ufrieda holds a BA (Hons) Anthropology (with distinction) from Wits University. She has a National Diploma: Journalism from Pretoria Technikon and was awarded the prize for best achievement in English in her second year of study.
She is the recipient of the inaugural Anthony Sampson Foundation Award, a journalism award set up in 2007 in memory of the celebrated Drum editor Anthony Sampson.

Ufrieda is author of the non-fiction personal narrative Paper Sons and Daughters published in April 2011.

Buried in the trove of secret intelligence documents known as “The Spy Cables” obtained by Al Jazeera and The Guardian ...
Previous Story: How Donald Trump Could Give China a Real Boost in Africa
Next Story: Chinese Tourist Arrivals in Africa Are up, so Why Aren't African Travel Companies More Excited?