If you are curious as to what a bad week for China’s diplomatic agenda in Africa looks like, then last week would be it. First, the Zambian government announced that it had finally had enough of the allegations of labor abuses and sub-standard working conditions at the Collum mine and declared that it will assume control of the controversial mine from its private Chinese owners.

While on the surface this may appear to be a set-back for the Chinese in Zambia, a country where Beijing has come under withering attack for years. Nonetheless, some academics contend that the eviction of the Chinese from the Collum mine may in fact be a blessing for the Chinese embassy in Lusaka. No more will it have to deal with the constant problems that that mine created for Chinese diplomats who regularly promote that the expectation of leaders in Beijing is nothing less than full adherence to international corporate governance standards in Zambia. While we may never know what exactly prompted the Sata government in Lusaka to move on the Collum mine, the optics for China do not look good.

China’s reputation in Zambia suffered a second setback as the international NGO Human Rights Watch published another report on safety standards at Chinese mining companies. The report fed directly into the prevailing narrative that China is among the worst abusers of labor rights in Zambia, generating an impressive amount of unquestioning coverage from the international media. However, a number of leading Sino-Africa scholars including Dr. Barry Sautman of the Hong Kong University of Science and Technology and Yan Hairong of Hong Kong Polytechnic University, are very disturbed by the HRW report and the methods the non-profit’s researchers used to collect their information. Most notably, these academics accuse HRW of failing to set the proper context for China’s mining operations in Zambia and, contrary to the report, Chinese mining operations are not among the worst of the international resource extraction firms operating there when it comes to labor conditions.

Here are some of the links that we referenced for the Zambia portion of our discussion:

Then, later in the week, Botswana’s president Ian Khama said what few African leaders have dared to by calling for less participation from Chinese contractors in the country’s infrastructure construction. While many governments in Africa have quietly expressed their frustration with the Chinese on issues of cost, labor and quality, few have have been so public with their reservations.

Khama saved his biggest criticism of the Chinese for their shoddy construction of an electric power generating facility: “Right now, as we speak today, we should be totally self-sufficient if we hadn’t been let down by the Chinese…. Those generation plants at Morupule B should have all been up and running by the end of last year — but only one of the four is operating,” he said. “We have started really tightening up on the way Chinese companies deliver on government contracts.”

For the full article and more information: https://www.bdlive.co.za/world/africa/2013/02/20/news-analysis-khama-wants-fewer-chinese-firms-to-receive-state-contracts

Our special guest this week, South Africa-based blogger and China-Africa analyst Lu Jinghao, expressed his concern that these instances might become part of a broader trend in Africa if Beijing is not careful: https://china-africa-jinghao.blogspot.com/2013/02/diplomatic-relations-up-reputation-down.html

Finally, on the show, we delve into the United States General Accounting Office’s excellent report that compares US and Chinese investment trends in sub-Saharan Africa. This is a must-read for anyone interested in Sino-US-Africa relations, particularly students, as it reveals that Washington’s and Beijing’s agenda on the continent is not that dissimilar from one another: oil. 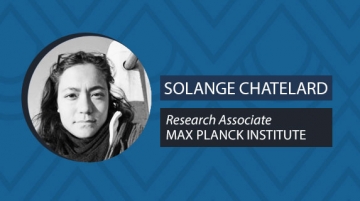 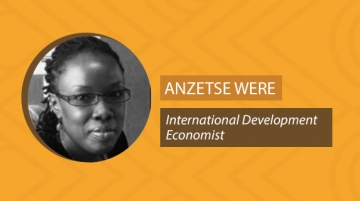 There’s an emerging consensus in Washington, D.C. that a future Biden foreign policy towards Africa is probably going to look a lot like the policies ...
Previous Story: "Sinophobia" on the Rise in Lesotho
Next Story: China's Role in the Illegal African Ivory Trade